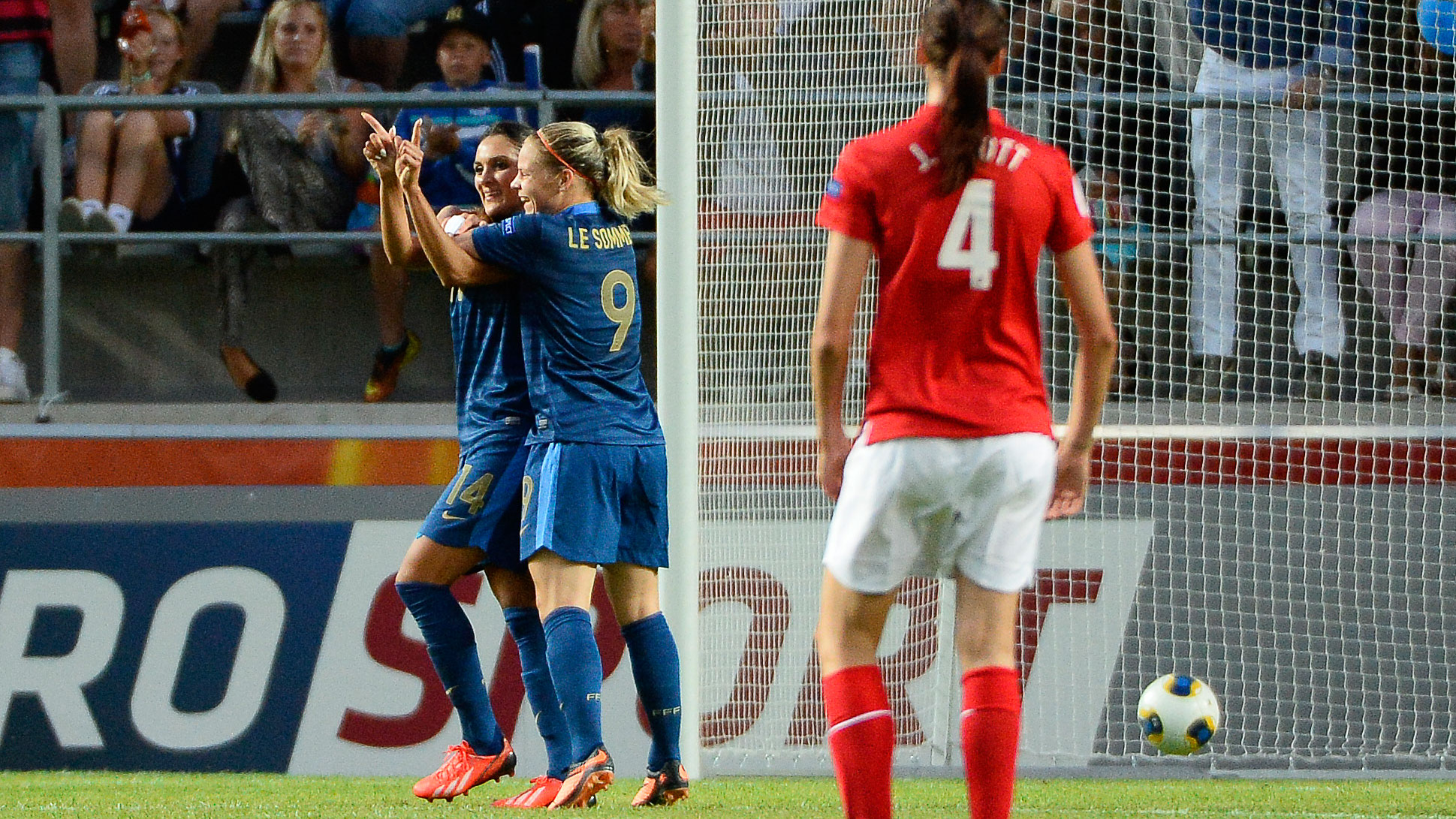 “I really like, I really like the training,” Eugénie Le Sommer said after scoring an absolute stunner against New Zealand in March, making her the first soccer player to ever (?) admit to enjoying practice. It was the second glorious chest-trap-to-half-volley goal she’d ripped in the past year, and afterward she wisely reflected, “You have to hit the ball at the right moment — not when it is too high and not when it’s too low — and once you’ve succeeded, you have to know how to repeat it.”

Le Sommer can often be found combining with arguably the best attacking midfielder in the world, Louisa Nécib, and together they make for one of the most dynamic attacking pairs in the world: The French duo interchange positions so frequently and effortlessly that sometimes it’s hard to tell who’s playing up top and who’s playing in the midfield. They’re constantly overlapping one another, combining with quick passes, or finding each other with 40-yard diagonals without even glancing up. They just always know where the other one is:

Their relationship has blossomed since they joined forces on Olympique Lyonnais in 2010, as they’ve won five consecutive Division 1 Féminine titles, four Coupe de France Féminine titles, and two Champions League titles since. This year, Le Sommer was the second-leading goal scorer in the French league with 29 goals, and they each notched nine assists.1

France has qualified for only two previous World Cups, and its best run was brought to an end by the good ol’ USA in the semifinals of the 2011 tournament. Nécib and Le Sommer were both on that team, but respectively only 24 and 22 years old. In more recent clashes with the Americans, the French women — with their two stars each four years older — have held their own, going 1-2-1 in friendlies over the past year. In fact, much of the recent concern over the USA back line has arisen from moments of Le Sommer–Nécib insanity.

At just 5-foot-3, Le Sommer is quick, but her speed always lasts longer than it feels like it should. Her touches are tight, until she’s got room to run — and then she’s gone.

While Le Sommer prefers the footrace, Nécib loves to turn defenders around with her smooth foot skills. Before Jerome Boateng, there was Ali Krieger:

I love watching them play together, not only because of their awareness on the field but because there’s a mutual understanding of each other’s strengths. When Nécib sees Le Sommer making a through-run, she lets her fly. When Le Sommer sees Nécib at the top of the box, she’ll tee up Nécib’s remarkable long-range shot.2 They know when to be selfish and when to be selfless.

Along with England, Colombia, and Mexico in Group F, Les Bleues are the clear leader, but Le Sommer and Nécib have their sights set far beyond the group stage. “We know we can beat anyone,” Le Sommer told L’Équipe after defeating the U.S. 2-0 in February after a succession of wins against Germany and Brazil. You already know how much Le Sommer loves doing the same thing over and over again, and if the French end up repeating all three of those huge victories in Canada, they’ll likely be the ones lifting the trophy come early July.

Allison McCann (@atmccann) is a visual journalist at FiveThirtyEight.