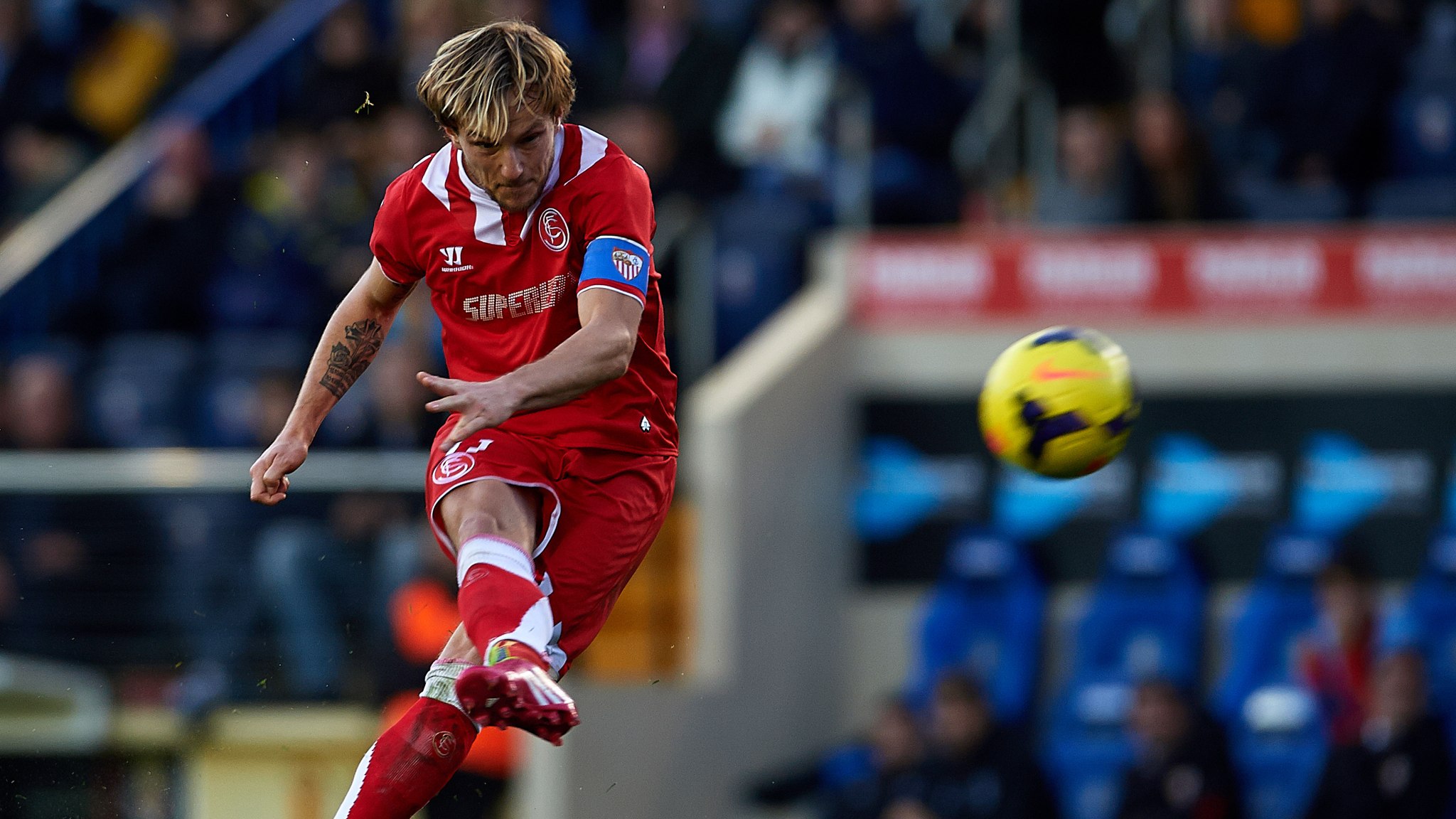 Schalke managed to do both of those things with Ivan Rakitic.

Rakitic, who made his debut for Schalke and Croatia at age 19, joined the German club from FC Basel in 2007 for €5 million. After 97 appearances for Schalke, he was sold to Sevilla in January of 2011 for about €1.5 million. Now, he’s 25, the captain of Sevilla, the club that just drew with Atletico Madrid (thanks to his game-tying penalty kick), and, yes, one of the best center midfielders in the world.

In Europe’s top five leagues, only Mesut Ozil and Franck Ribery had more assists than Rakitic’s 13 in 2013. Only David Silva, Mathieu Valbuena, Francesco Totti, and Ozil averaged more key passes than his three per game. And only Kevin de Bruyne hit more accurate crosses than his 2.6 per game. If you’re picturing Rakitic as a dangerous, creative attacker who won’t do much from inside his own half, you’d almost be right.

Except! Statistically, he profiles as an Andrea Pirlo, according to this analysis by Ted Knutson. Rakitic tackles, he passes accurately, he can play a long ball — and he can do all the things mentioned above. This is what makes The Rocket (sure?) so uniquely awesome.

Pirlo plays at a different frequency than everyone else. Sure, it’s soccer, but the way he can influence not just “the game” — in the vague way we talk about metronomic defensive midfielders — but things that happen near the goal, despite not spending too much time anywhere close to it, isn’t like anything else you’ll see. The fact that he could probably play a full game with a filled wine glass in his hand, not spill anything, and still be the best player on the field just emphasizes all that.

Rakitic would spill the wine within the first five minutes, but dude, why are you handing out wine to soccer players? He’s played about half of his games this season tucked in behind a striker, while the rest have come from deeper-lying central midfield roles. He’s been equally effective, if not more so, playing further back. So, you get this kind of restlessness just short of recklessness that’s not typically seen in players who play in front of the defense. (It also helps explain his not-great pass completion numbers.)

He can swing the ball from side to side. He can hit that 40-yard diagonal ball. He can break pressure with an easy-to-underestimate touch — but then, well, he’s got the ball so why not run it up the field himself? And sometimes he will. While it seems like most great center midfielders are as economic as possible with their touches each time they have the ball — the “get it, give it, get it, give it” mode — Rakitic often seems to want to keep the ball at his feet for as long as possible. And you can’t really blame him; nine goals and six assists in 18 games is a pretty good argument.

Presumably, Rakitic will be on the field when the World Cup kicks off in São Paulo and Croatia takes on Brazil. And presumably, by then, he’ll be playing for a different club team. If a move happens, Sevilla will make something along the lines of a 900 percent profit. Somehow, though, I’m not totally sure that’s a good idea.

Michelle Obama Will Murder the Rim and Ruin Your Whole Life

“I think I made the best decision for me and my family. I didn't know the team would struggle in the manner of 7-33, and I didn't know I'd be getting DNPs.”