‘Je Suis Charlie’ and Where We Go From Here 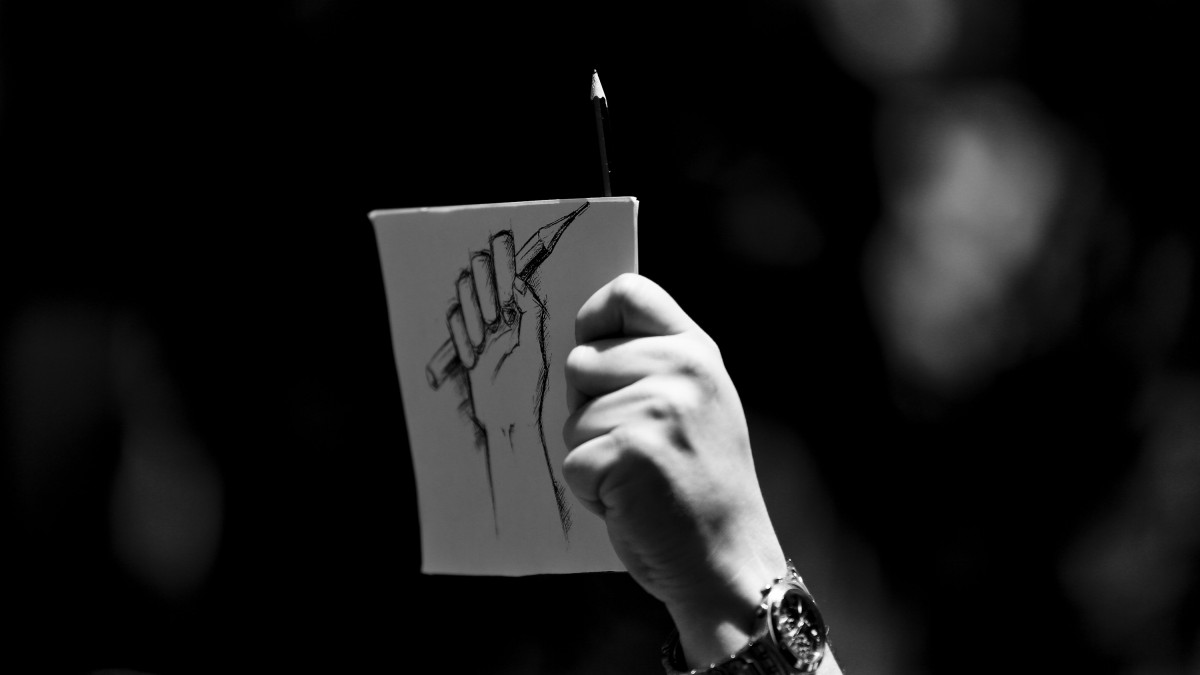 In photographs, the staff of Charlie Hebdo who got massacred in Paris last Wednesday looks like a happy crew. The atmosphere of exhilarated, jauntily scruffy mischief-making is familiar to me from my own alt-weekly days, and the feeling of intimacy was unsettling.

Outright identification would have been asinine, of course. No publication I worked for ever got firebombed, as Charlie Hebdo’s office was in 2011 for the effrontery of depicting the Prophet Muhammad while making him a guest editor — let alone carried on undeterred afterward, with results that we all now know. All the same, it was easy for me to imagine — or think I could imagine, anyhow — what editor-in-chief Stéphane “Charb” Charbonnier and his colleagues who were also killed might have been like as individuals: their mannerisms, their jokes. I got upset at how quickly their deaths were depersonalized in the worldwide media scrum.

And so what? I might as well have kicked off a take on the 2005 London subway bombings by saying, “My god, I’ve ridden subways!” Or in this case, gone on about my incredulity at such a thing happening in Paris and not some other world capital whose history, language, and other tourist attractions I’m less smitten with.

But we all know how it goes with modern atrocities. Every blood puddle gets turned into a Rorschach blot. The way it’s interpreted is guaranteed to expose unconscious (or even conscious) special pleading at best, and an agenda in search of opportunities at worst. Last week, all of that happened like clockwork.

For starters: Yes, media outlets in Western democracies do react differently to horrors like this when members of our own guild are the targets. Also when they happen in France and not, say, Somalia — where a dozen journalists were killed in 2012 alone — and involve Caucasians. Boko Haram, a Muslim militant group, butchered 2,000 people in Nigeria last week — men, women, and children — and it goes without saying that the coverage wasn’t remotely comparable. Because the shock wasn’t comparable. I wouldn’t have insisted on the Nigerian body count’s greater newsworthiness myself. Never mind what that may say about double standards, parochial priorities, or simply being inured to the idea that hell is the norm in some parts of the world. Just not Paris, at least not yet.

All the same, most Americans aren’t a lot more familiar with French social and cultural constructs than they are with Nigeria’s. (It’s not a sin, just a fact.) Until last week, precious few of us had ever heard of Charlie Hebdo, much less had any notion of the crass and impious journalistic tradition it belongs to. Anticlericalism is virtually France’s other religion — and has been since the Enlightenment, thanks to the Catholic Church’s once state-sanctioned leverage in public life — and the rude mockery known as gouaille, which exults in obscene caricature and take-no-prisoners toilet humor, is to French political and religious satire what guacamole is to the Super Bowl. It doesn’t affect the game’s outcome, but at least you won’t starve.

Indeed, one French blogger made the point that — First Amendment or no First Amendment — a publication like Charlie Hebdo would never be tolerated in the U.S. Not only would Fox News burst a gasket at its blasphemous takes on Christianity, but liberals ready to defend kicking Mike Huckabee in the teeth would change their tune as soon as Judaism or Islam came in for the same treatment. Just imagine the reaction on Stateside college campuses, which can be as hostile to free speech that trespasses on anyone’s sensibilities as any fundamentalist backwater.

(Another measure of the cultural gulf between Paris and New York is a quote from the martyred Charbonnier about Charlie Hebdo’s ambitions as an equal-opportunity offender: “We have to carry on until Islam has been rendered as banal as Catholicism.” Whatever you think of that goal, just try to imagine any U.S. editor choosing that particular adjective to define it. Do you feel uncivilized yet?) 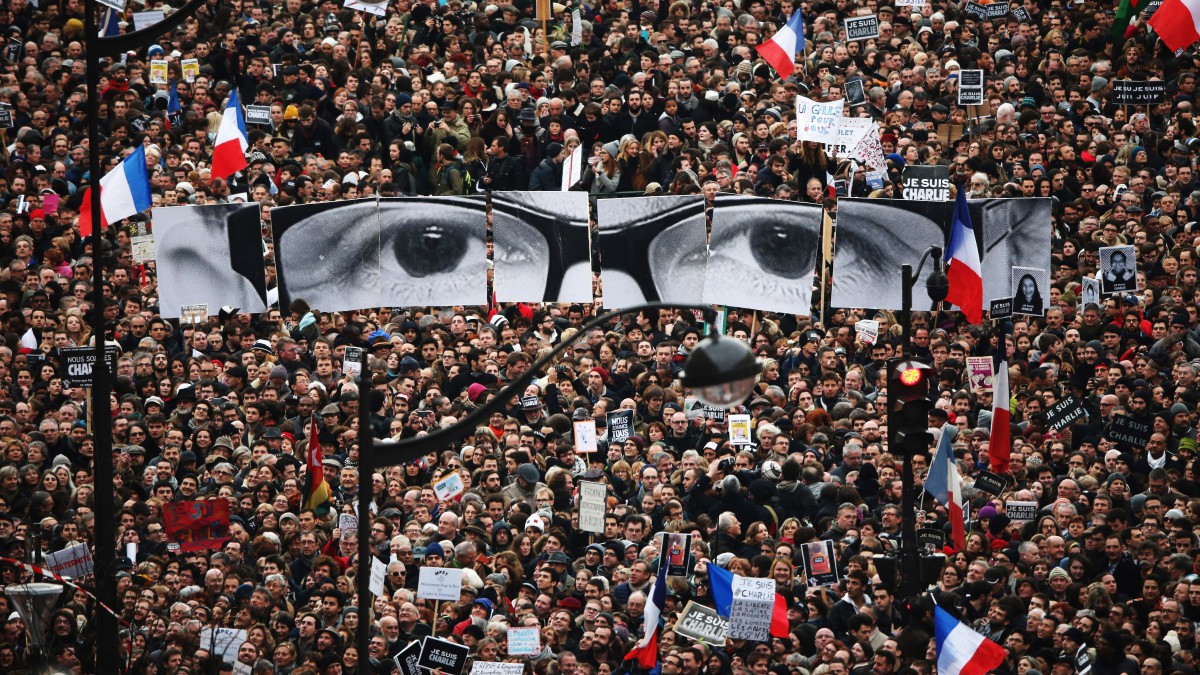 The paradox is that, like other European countries, France does have laws against “hate speech” more stringent than anything in place on this side of the Atlantic — and their applicability keeps getting broadened, too. An American version of Charlie Hebdo would likely fold in the face of cultural opprobrium, sure. But it wouldn’t risk being charged with a crime, which the French one not infrequently did.

Among the other ominous absurdities noted in an op-ed piece by law professor Jonathan Turley in last Friday’s Washington Post, actress (and octogenarian head case) Brigitte Bardot has been convicted and fined several times for making anti-Muslim remarks — once in a letter to Nicolas Sarkozy, who later became the French president. Imagining something similar happening to Rush Limbaugh may be fun, but we’re lucky it can’t and won’t. Loathing hate speech is one thing, but any time criminalizing it starts sounding like a dandy idea to you, remember — among other things — that you won’t be the one to define what it is.

Because the possible murder of 17 people, including the hostages killed in later standoffs, wasn’t on anyone’s radar, politicians and professional bloviators across the spectrum both here and in Europe became free-speech champions overnight. But that didn’t stop plenty of them from hastening to put daylight between the principle they were defending and Charlie Hebdo’s gleefully scurrilous demonstration of how it works in practice. It was an unfortunate side effect: advertising their discomfort with or outright dislike of unfettered speech.

Whenever I caught a gurgle of Olympian throat-clearing in somebody’s condemnation of the killings, I’d brace myself for the first “However,” which usually didn’t take long to show up. Attempts to distinguish between “good” free speech — judicious, responsible free speech that takes care not to insult or abuse anybody, which could make the NyQuil of Obama’s rhetoric seem dangerously exciting — and “bad” free speech are pretty fatuous under any circumstances. But wishing Charlie Hebdo had been a more commendable, less snotty sort of publication brutally misses the point.

Then again, thinking that freedom of speech was what Charb and his colleagues died for could just be the West’s latest romantic fallacy. The day of the attacks, Informed Comment blogger Juan Cole sharply debunked the idea that jihadis really are goaded to murder by offensive cartoons. (In accepting that as their motive, we do give them credit for sincerity, after all.) Cole sees the Charlie Hebdo massacre instead as a bid by Al Qaeda to provoke a crackdown on French Muslims that will escalate their alienation and radicalize them in turn, inflaming the conflict that radical Islamists and anti-Islam jingoes — unlike most of the rest of us, Muslim or not — both want. I’m not sure he’s right, but his analysis is a useful warning against getting misled by sentimentality.

In the meantime, we do have a cause to rally around, no matter how unclear it is what else we’re supposed to do besides rally. The enormous, grieving demonstrations in Paris and other Western capitals were moving and cathartic, but beyond expressing solidarity, what does saying “I am Charlie” mean? It’s not a program, although “What would Charlie do?” might be. The audience that bought tickets on Christmas for The Interview — a movie whose troubles now seem downright larky by comparison — had good reasons to feel proud of itself, and so do the millions who turned out to memorialize the Charlie Hebdo victims. What the effect will be on the policies of Western governments, let alone jihadis, is awfully nebulous.

On the other hand, the practical consequences of the attack itself aren’t hard to predict at all. Media outlets will be even more jittery about producing or even reproducing content that could make them the next target — an anxiety already evident from the many venues that either censored or just refused to publish the Charlie Hebdo cartoons that allegedly provoked the killers, despite their obvious news value. The same politicians now voicing brave boilerplate about our freedoms will go right back to citing “irresponsibility” and “poor judgment” the next time some publication that hasn’t gotten the memo actually does something brave.

The lives of France’s Muslims will get crappier and riskier, and as for France’s Jews, they’re already reportedly emigrating in droves. As for the rest of us, all we’ve learned for sure is the same thing the world’s been teaching us since 9/11: no shelter anywhere.

Tom Carson (@TomCarsonWriter) is the author of Gilligan’s Wake and Daisy Buchanan’s Daughter.

Uptown Guy: How ‘Uptown Funk’ Almost Destroyed Mark Ronson Before It Saved Him