The Six Skill Competitions That Could Fix MLB All-Star Week 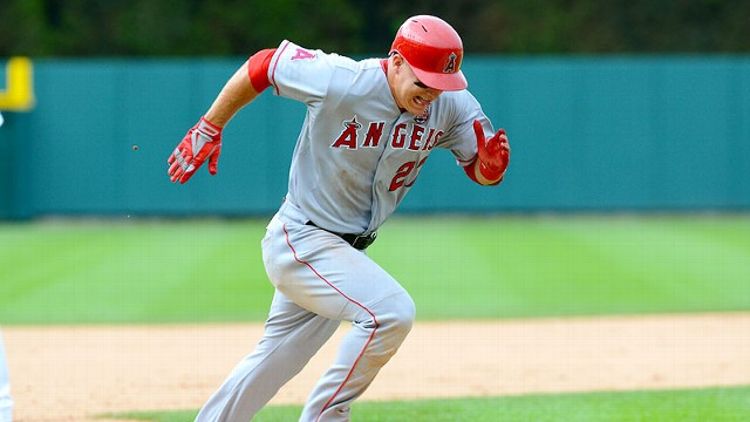 Baseball might be the only one of the four major sports in which the All-Star Game is more entertaining than its baggage. The Pro Bowl is awful, a chore so eye-roll worthy that players routinely look for reasons to beg out of a free postseason trip to Hawaii. But because it’s the NFL, everyone watches anyway. If Roger Goodell announced that a group of NFL players would spend four hours one afternoon slaughtering chickens, millions would watch on television, and hundreds of columnists and broadcasters would speak at great length in stern, sober voices about how slaughtering chickens is part of the fabric of the American spirit, and that it instills character in young men. The NFL doesn’t need a skills competition.

But the other three sports do, and in a couple cases, they’re great. How often does the slam dunk contest wind up being more memorable than the All-Star Game itself? (Answer: Almost every year.) The NHL has a wildly entertaining trick-shot competition, a fastest skater contest, the breakaway challenge, and the hardest-shot competition (also known as the most frustrating 20 minutes of Shea Weber’s year). And best of all, the NHL chooses sides playground-style, in a televised draft that showcases the personalities of the game’s biggest stars.

What does MLB have? The celebrity softball game, which, due respect to Chord Overstreet’s spectacular diving catch in the 2011 edition, ain’t exactly the dunk contest; and the Home Run Derby, which consists of several hours of David Ortiz trying much harder to get on television than he ever did to get on base. We can do better, and here’s how.

Race Around the Bases

Home runs are cool, but there’s nothing inherently exciting about batting-practice home runs — if there were, those barnstorming slow-pitch softball guys would be a lot more famous than they are.

Those who deride baseball often say that it’s a game where almost everyone is just kind of standing around, almost all of the time. Which is true. But a lot of those guys who stand around are really, really fast.

So let’s see who can get around the bases the fastest. I’d even be in favor of inviting players who didn’t make the All-Star Game (looking at you, Ben Revere) or minor leaguers who are in town for the Futures Game. Could Billy Hamilton outrun Mike Trout in a lap of the bases? Could Byron Buxton? You could get a player set up and have him take a lap in less than a minute. Adding this race would be fun and quick, and it would reward players whose primary contribution to the game doesn’t come at walking pace.

Back in 2012, Trevor Bauer showed up at spring training with a long toss regimen that involved throwing from one foul pole to the other, becoming a must-see player in that year’s Cactus League. Arguing about which outfielder or shortstop has the strongest arm is a time-honored tradition in baseball. Let’s settle that question on the field.

Actually, I’ve got a better idea. I know this sounds insane, but there might not be a more entertaining spectacle. The bar for humor is so low in baseball, even when Miguel Montero isn’t walking around handing the Black Spot to anyone who looks like he might be having fun. These people still think shaving cream in a towel and Derek Holland’s impression of Will Ferrell’s impression of Harry Caray are funny. Well, let’s pair off all 68 participants and see if we can manufacture a situation where Chris Davis puts too much juice on a throw and winds up covering J.J. Hardy in yolk. Is it stupid? Absolutely. But it’s so absurd I bet most of the players would wind up having fun with it.

Apart from the Home Run Derby, there might not be a more obvious candidate for an individual skill challenge. Now, the teams would absolutely never allow such an event to happen (or the long toss or race around the bases, for that matter), but that’s a different issue. The All-Star Game is an exhibition, where we come to see the best in the game do what they do — if we watch a pitcher because he throws hard, wouldn’t it make sense to see exactly where that limit lies? And Aroldis Chapman would probably win every year, but that’s not for certain. You might see a starting pitcher who has to pace himself, like Justin Verlander, reach back for a few extra miles an hour if he knows he has to throw only one pitch.

The NHL has hardest shot and most accurate shot, so why not get some of the game’s best control pitchers out there to break plates too? The targets would have to be smaller than they are in the NHL to make it sporting, but command is arguably an even more important skill for a pitcher than velocity.

This is not as weird as the egg toss, but it’s probably close.

In MVP Baseball 2005, the last MLB video game EA made, there was a batting practice mode where hits were judged not only on distance, but on hitting bonus obstacles. You could extend the distance of a hit by hitting the ball off a ramp, or gain points for hitting one of the lawn mowers that patrolled the outfield, and so on. Large walls were stationed at every infield position to encourage you to hit where the holes would be in-game. It was great. I’m far from the first person to suggest that a real-life version of this game might be fun, but that doesn’t make it any less true, to say nothing of showcasing hitting skills other than raw power.

I have no idea how to assemble such a thing quickly in an actual stadium, but there are some smart folks working in MLB marketing. I’m sure they’d figure something out.

There are more possibilities, but the individual events aren’t as important as the overarching message: We’re not having as much fun as we can, but we can fix that if we want to.

Filed Under: MLB, How We'D Fix It, Justin Verlander, Baseball

About Last Weekend: The Freak's No-No