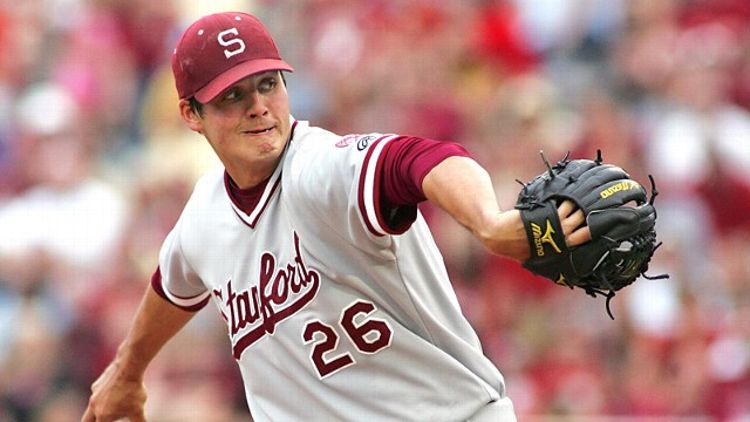 I’ve long been of the opinion that only boring people like athletes and teams just because they’re good. If you’re going to spend precious words praising Mike Trout, come up with something better than “He’s the best player in the game.” Praise him for the joie de vivre with which he plays. Praise him for his exciting brand of baseball — that unique combination of power, speed, and defense. Praise him for having a neck that is thicker than his head. Whatever. But if the best reason you can come up with for liking a player is that he’s good, well, that shows a startling lack of imagination.

Thursday night, professional baseball will welcome into its ranks the next generation of potential stars and the next generation of homegrown players that fans will overrate and annoy the bejesus out of Keith Law on social media by arguing about. But again, just talking about how good these players are or will be isn’t that much fun. So let’s find some nontraditional reasons to like some of the players who might go in the first round.

A couple weeks back, Jerry Crasnick wrote a cover story for Baseball America on why there are so few redheads in baseball. In his story, Crasnick explored, with great aplomb and a straighter face than I could manage in his situation, whether there was anything to the idea that redheads are ill-suited for professional sports. It’s a bizarre claim that was made not only about Frazier but about then-TCU quarterback Andy Dalton, and in a triumph of Occam’s Razor, Crasnick offered the theory that redheads are rare in American sports because they are rare in the American population.

Before the season, I thought Stanek would go no. 1 overall, and despite a trying junior season with the Razorbacks, he’s still poised to get drafted in the top 15, if not the top 10. The reason you should root for Stanek is that there are very few all-star-caliber players with names that ought to belong to outlaws from a Star Wars Expanded Universe novel. Another is Jaff Decker, who continues to walk and walk and walk in the Padres’ minor league system when he’s not dodging Imperial cruisers on the Outer Rim. Help me, Ryne Stanek. You’re my only hope.

Judge, a mid-to-late-first-round talent, is listed in his Fresno State bio as being 6-foot-7 and 255 pounds. If he makes the majors, he’ll be one of the largest everyday outfielders ever to play the game. In fact, there’s a non-zero chance he sticks in center field. In a paradigm where Trout, at 6-foot-2 and 230 pounds, is big for that position, I struggle to find figurative language worthy of watching someone the size of Wes Unseld play center field.

Imagine Judge playing next to a normal-size center fielder. Would Peter Bourjos jump to rob home runs, or would he grab a pretty woman, fight off the biplanes, and climb on Judge’s shoulders? Would Judge notice if he and Ben Revere collided? Would the radiation in Judge’s Van Allen belt make Brett Gardner sick? This is the kind of spectacle that breaks the monotony of the 162-game season. Plus, for as much as I’m poking fun at him, Judge looks like he’ll be a pretty decent player.

Here’s what I know about Indiana State: Larry Bird went there, their teams are called the Sycamores, and they wear light blue. Manaea, like Stanek, is a college pitcher who was supposed to be in contention for the no. 1 overall pick, and he has a chance to be the only other person anyone’s ever heard of who went to Indiana State. I get that a school has to honor its most famous alumni (and I say that as someone who went to a college whose most notable product is Darius Rucker from Hootie and the Blowfish), but there’s got to be at least some sense of tedium when all you see are statues of a mulleted man with shorts that become more and more inappropriately short with each passing year. The people of (sorry, I had to look it up) Terre Haute deserve better, and if Manaea can overcome his injury concerns and make a big-league impact, one day there may be … well, not a new athletic hero, but at least a change of pace.

Imagine that you graduated with a marketable skill. For the sake of argument, let’s make it a law degree. So you graduate from Stanford, pass the bar in California (for the sake of this example), and when the time comes to find work, you can make yourself available to any firm in the state, and based on the offers you get, you can choose where you want to work based on professional curiosity, location, and compensation. Not only can you choose your employer, you can negotiate your salary based on fair market value.

Mark Appel was arguably the most talented amateur baseball player in North America last year, and when he got out of school, his place of employment was limited by rules designed to suppress salary and funnel talent to places players wouldn’t otherwise want to play. Appel was faced with a bonus slot that far undercut his actual value, and to add insult to injury, he’d have to live in Pittsburgh to earn it. So in a gesture that makes me want to stand up and belt out “The Internationale,” Appel declined the Pirates’ offer and decided to take his chances after his senior season. Good for you, Mark Appel, because even though having to face this rigmarole again this year renders your resistance empty, it does not render it unworthy. Way to stick it, if only temporarily, to The Man.