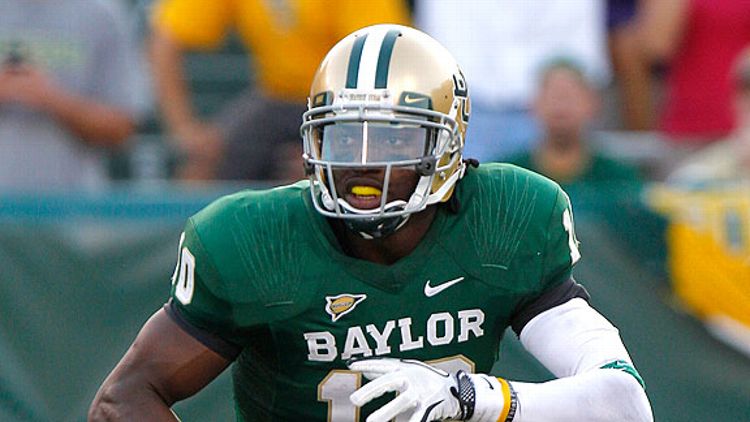 Your weekend college football viewer’s guide, parsed into duel categories: The (relative) mainstream (The B. Stoops) and the indie (The M. Stoops).

Appeals To: I Love the ’90s/Texas Blood Feud Enthusiasts

I’m not sure if we’ve come to appreciate the notion that the man who inspired millions of children of the ’90s to engage in awkward conversations about oral sex with their parents may have preserved Southwestern college football as we know it. The Aggies, of course, are ditching the Big 12 for the SEC, despite Baylor’s resistance, which means this game should be fused with displaced emotion. Key reason to observe: Robert Griffin III, who remains the best thing to show up in Waco since the Pleistocene era.

Yes, there’s that Michigan-Michigan State tilt on The Uno, but I have an inherent emotional attachment to the Hoosiers, who might someday break loose from decades of apathy under fast-talking coach Kevin Wilson, a nice guy who really, really likes Chevy Chase. Saturday could bring pain; and not Under the Rainbow kind of pain. We’re talking Man of the House seizure-level agony. If ever the Badgers are going to roll up triple digits just to prove their point, this is the week. Spare us some sugar, Mr. Poon.

Oklahoma State-Texas looms at this hour (along with an LSU blowout of Tennessee), but there’s that moment in every Ron Zook season when you start to think that maybe he finally has this whole football concept figured out, when you wonder if perhaps he is a misunderstood genius who never really deserved to be a pioneer of this meme. And then something unexpected and awkward and inappropriate occurs, and it all begins anew.

Appeals To: Megaphone Crooners, Cajuns Against the Machine

This is Mark Hudspeth: Or should I say, THIS IS MARK HUDSPETH, who conducts practices utilizing a velvet-rope soundtrack (Club Hud: The Hottest Boot Camp on the Vermilion) and a megaphone and has, in his first season, turned around a squad of Ragin’ Cajuns long considered the laughingstock of the Sun Belt Conference, which is like being the worst musician in Papa Roach. As a reward, he is now reportedly a candidate to take over a program that hasn’t won a conference championship in nearly two decades. That his quarterback’s name is Blaine Gautier — which is either the name of the prince on Gossip Girl or a discount perfume at Sears — should be enough to persuade him to stay.

Appeals To: The Aged and the Snubbed

If Bill Snyder wins 10 games, does he earn the Republican nomination?

As a prelude to the late-night Arizona State-Oregon kickoff, the least interesting Heisman campaign in recent memory plods on in Pullman, where Andrew Luck will most likely complete 70 percent of his passes, throw for three touchdowns, and blow through a couple of vector equations at halftime just to reinforce the fact that he’s a better man with fuller beard coverage than all of us.