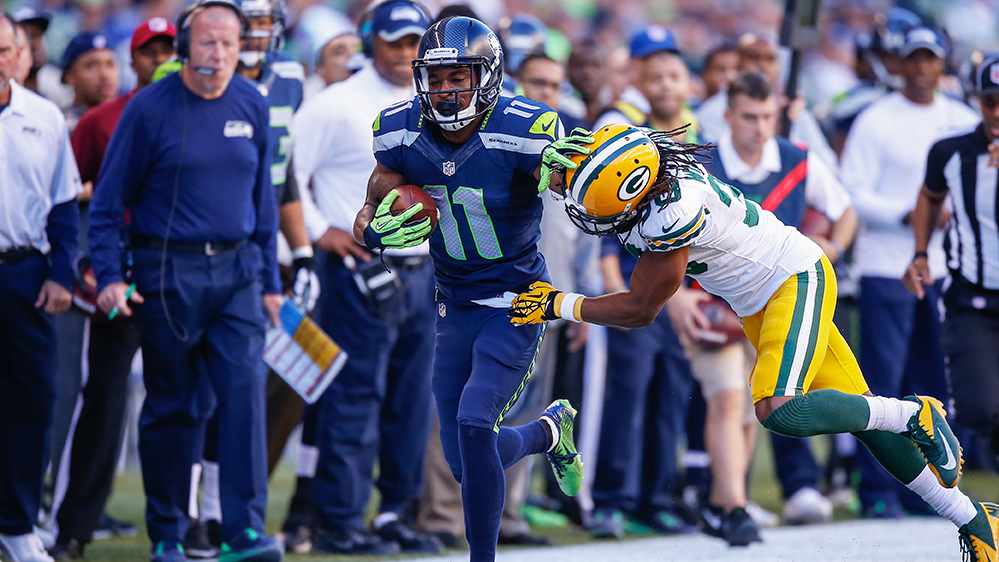 At 12:59 p.m. PT on Friday, October 17, Pro Football Talk posted an article titled “Seahawks want to expand Percy Harvin’s role.” At 2:26 p.m. PT, Fox Sports correspondent Jay Glazer reported that Harvin had been traded to the Jets for a conditional mid-round draft pick. An in-depth Grantland speculation into what transpired during those unaccounted 87 minutes follows:

12:59 p.m. A wide receiver position group meeting at the Seahawks’ practice facility in Renton, Washington, is just breaking up. The meeting has gone well, the team generally feels prepared for Sunday’s game against the Rams, and Percy Harvin is a big part of the game plan. But as Harvin leaves the room, he mutters under his breath, “I really hope we look better than we did last week.” The moment is uncomfortable. For the first time ever, questions surround Harvin’s state of mind.

1:04 p.m. Harvin bumps into Marshawn Lynch in the training room. The two men have a lengthy public dialogue that they both declare to anyone in earshot is “definitely on the record.” The uncertainty surrounding Harvin’s state of mind deepens.

1:12 p.m. Seahawks cornerback Richard Sherman asks Harvin to pass him a water bottle. Harvin does not respond. Sherman laughs this off and says, “Lord be merciful, it’s Percival.” Harvin glares at Sherman.

1:16 p.m. Harvin is seen texting “T.T.” the following message: “starting to have doubts about my skills and role on this team. Ur the best quarterback and leader of men I know. You have some words to help guide me through this moment of trouble?” The team goes into red alert.

1:22 p.m. Seahawks coach Pete Carroll pulls Harvin aside and asks him if he’s prepared to go out and compete on Sunday. A visibly angry Harvin replies, “Ryan Lewis has been carrying Macklemore for years,” and storms out of the facility. Harvin is moving so quickly Carroll cannot keep up with him. The situation threatens to become untenable.

1:34 p.m. Harvin drives to the top of Queen Anne Hill and looks out on the city of Seattle. “Who am I?” he asks himself. “I’m Percy Harvin. Percy Fucking Harvin. I know offense. I am offense.”

1:42 p.m. Meanwhile, across town, Seahawks wide receiver Doug Baldwin drops in at an mid-afternoon open mic event at the Caffé Vita on Capitol Hill. He is wearing flannel. He plays an impassioned acoustic cover of “Jeremy” by Pearl Jam, intermittently substituting Percy’s name for the eponymous Jeremy. He dedicates the second verse to Golden Tate. 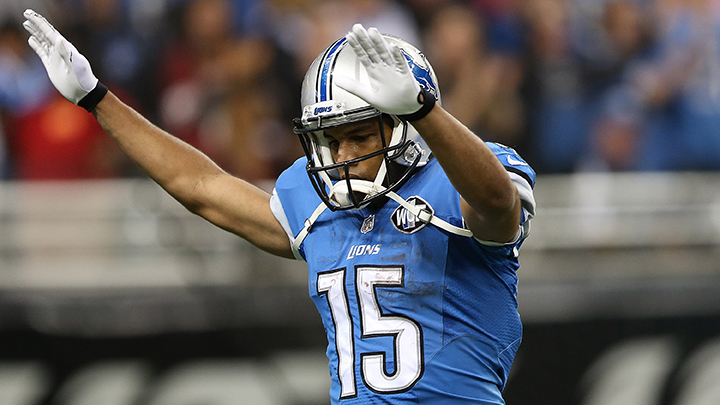 1:45 p.m. Harvin returns to the Seahawks facility, prepared to write his offensive manifesto.

1:52 p.m. Seahawks quarterback Russell Wilson walks into the locker room. He’s alone. Something is different about Harvin’s locker. A spectral presence lurks within, and it compels Wilson to investigate. What he finds is a typewriter, and next to the typewriter is a box labeled, “Plays that all work.” Wilson opens the box and starts thumbing through the pages.

Over and over again, on every page. The pattern changes, but the words are the same.

Wilson goes deeper and deeper into Percy’s playbook. His face twists with fear.

Wilson turns around to see Harvin standing in the shadows directly behind him. He gasps. Harvin walks up to Wilson and asks his quarterback.

“What are you doing in my locker?”

Wilson, afraid for reasons he cannot quite place, sputters out, “I just … wanted … to talk to you.”

Harvin nods back at Wilson. “OK, let’s talk. What do you want to talk about?”

Wilson is backing away now. “I can’t … really … remember.”

1:57 p.m. Seahawks general manager John Schneider sees Wilson running away from his team’s practice facility carrying a baseball bat. Harvin is following him screaming, “You’ve had your whole life to think things over!” Schneider sighs, consults briefly with Carroll, and pulls out his cell phone.

“What about Demaryius, John?”

“You’re right. I shouldn’t make any more calls like this one.”

2:27 p.m. Harvin is sitting outside of a corn maze, not far from the Seahawks’ facility. His eyes have rolled up in his head. Carroll sprints up to him and says, “Percy! Percy, I wanted to tell you myself, before Jay Glazer or Adam Schefter breaks—” 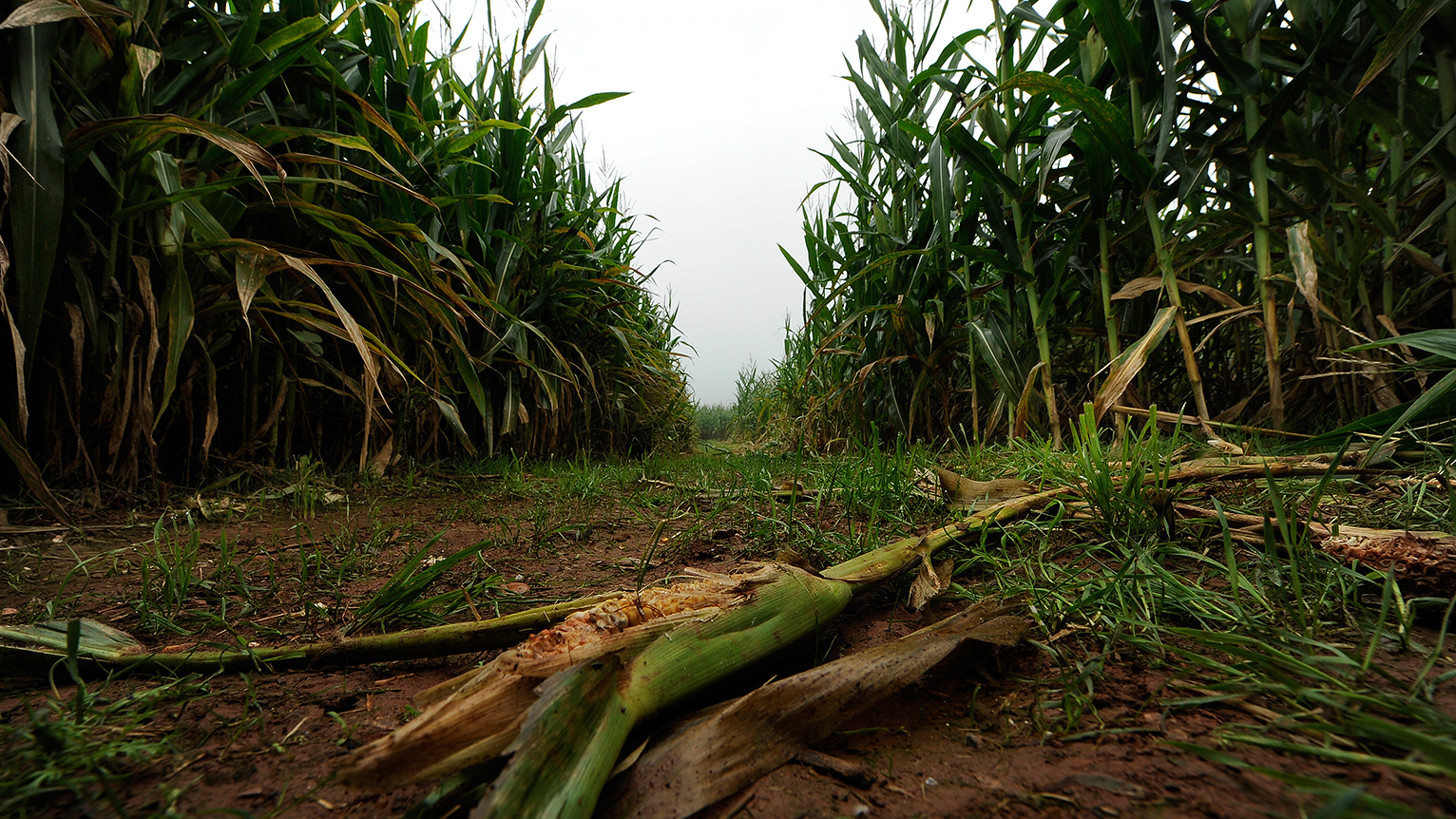 Harvin shushes his now former coach before he has a chance to finish. “I already know where I’m headed.” Harvin then holds out his phone. On it is a text message from “T.T.” It reads: “follow in my footsteps.”