The MLB Weekend Top 10: Nolan and Billy, to the Death 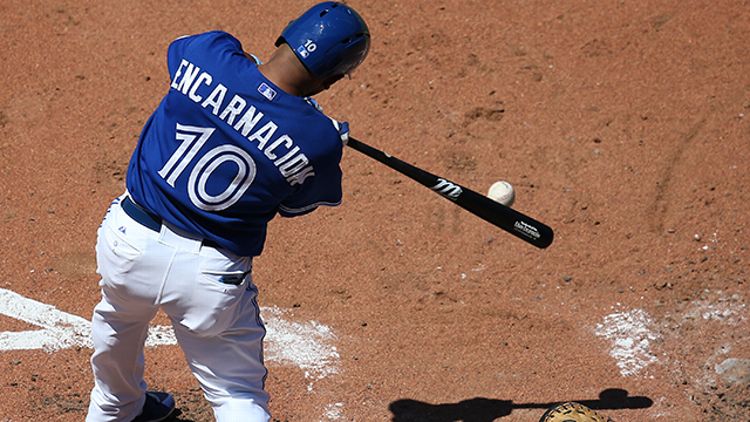 It’s August, the worst month of the year! Time to shut your blinds, turn the air conditioner down to 56, and hibernate for 30 days with only baseball and unsweetened ice tea for companions. Here are the best ways to make it through the first weekend of Hell Month.

He’s holding down the no. 10 spot! The latest news in the suspension saga is that his talks with MLB have “stalled.” I mean, how classic is that? A-Rod has literally no ground to stand on, and the only thing saving him from a lifetime ban is that it would be kind of embarrassing for Selig and baseball. But I bet he sauntered into the negotiating room thinking he could talk them down to 30 days and a small fine. “I’m going to drive a hard bargain,” he probably said to himself, narrowing his eyes as he took a seat at the table. Man, A-Rod is the worst. The correct tactic was obviously to accept anything less than a lifetime ban, and then drop to his knees in thanks. Instead, he’s screwing himself. I shouldn’t be surprised, but somehow he has managed to baffle me again.

SO MUCH bad blood still brewing after that incredible duel, where the Yankees … swept the Padres in four games, Scott Brosius won the MVP, and everybody patted Tony Gwynn on the back for finally making a fall classic even though his team got annihilated. OK, so maybe everybody but me has forgotten that series, but this is the 15th anniversary and it deserves recognition — if only to hearken back to a time when the Yankee franchise wasn’t extremely depressing. The good news here is that Curtis Granderson returns to the lineup tonight, and along with Jeter and Alfonso Soriano, maybe these guys can finally produce some runs. Unfortunately, the Yankees will be relying on starters CC Sabathia and Phil Hughes for two of the games, and both have been abysmal this season. And it’s incredible to me that despite the weakest lineup in memory and mediocre starting pitching outside of Nova and Kuroda, this team is somehow just 3.5 games outside the last wild-card spot. I can’t wait for them to sneak in on the last day of the season and win the World Series so I can write a 10,000-word feature called “Mystique and Aura: Why the Yankees Are the Most Special.”

7. This Week’s Reason to Watch the Royals: Oh My God, the Royals Are Good! (KCR-NYM)

Holy God, it’s August and the Royals are three games above .500. This is nothing short of a summer miracle. It might be time ask an important question: Is there a Rany Jazayerli/Jonah Keri reverse curse at Grantland? Ten weeks ago they exchanged e-mails on the team’s ineptitude, and now it’s all gravy in Barbecue Town (nickname unofficial). If they keep winning, should I subtly request a combo story on why the Yankees can’t possibly make the playoffs this season? One way or another, check out Bruce Chen on Saturday, who has been very strong in three starts since moving out of the bullpen.

The fact that there’s now one interleague series happening all the time (due to odd numbers in each league since Houston’s move) sort of takes the fire out of the weekends when there’s more hot interleague action. This is a weird weekend, with five interleague series out of 15 total, and none of them are that appealing. In fact, you know what? Let’s admit something as baseball fans. Let’s admit that after 16 seasons, all interleague play really does is subtly diminish the value of the All-Star Game and World Series. The novelty has worn off, and it’s not even a special event anymore now that Houston switched leagues. It’s happening all the time, and it creates a scheduling imbalance for teams within the same division, some of whom win the interleague lottery and get to play against bad opponents more often. Can we nix it? Can we be done? I feel sort of bad saying this after I just watched Wednesday’s sweet Kershaw-Kuroda duel in Dodger Stadium, but I’ve had enough. Let’s bring in two expansion teams, one in Durham (ulterior motive) and one in … North Dakota, and then make interleague play a federal crime before the World Series.

Did I mention that the Yankees are just 3.5 games behind in the wild-card hunt? But there’s no way they could catch up … it’s not like they have a history of stunning wins, and it’s not like Cleveland has a history of gut-wrenching collapses … should be fine.

OK, low blow. In truth, Cleveland has a lot of mojo this season, winning close games and capturing our hearts and minds. In a lot of ways, they are the 2012 Orioles. (Taking the high road, not going to mention what happened to the Orioles in the postseason … ) Here’s an inspirational video of Carlos Santana hitting a walk-off against the White Sox, made all the more incredible for the way it silences Hawk Harrelson. Hey, what happened to Hawk’s voice? IT’S GONE.

4. The Death Rattle of the Diamondback (ARI-BOS)

The biggest casualty in the epic resurgence of the L.A. Dodgers has been the Diamondbacks, who went from looking pretty solid in the NL West to a flash-fade that now sees them trailing by 3.5 games and losing hope by the day. Nobody’s catching Team Kershaw-Puig in the West, and the situation gets a lot more untenable this weekend when the D-backs visit Boston. It has the distinct feel of an impending bloodbath, and with three straight losses, Arizona will be below .500. The highlight of this series comes Saturday, when Jake Peavy makes his Red Sox debut and D-backs ace Patrick Corbin takes on the best offense in baseball.

3. Pitching Matchup of the Week: Bumgarner vs. Archer (Friday, SFG-TBR)

Archer’s days as a secretly great pitcher are probably over after his complete-game, two-hit shutout of the Yankees last week — his second shout-out in three starts — and people are starting to realize how important he’s been in the Rays’ incredible summer run. Bumgarner, on the other hand, is a total opposite; we all know he’s good, but we’ve forgotten about the Giants (at least until they win the World Series next year), and he’s been a casualty of our diverted attention. Fact is, he’s still the same strong pitcher, with a 2.76 ERA and at least seven innings pitched in his last eight starts. So while these may not be the two most prominent names in Major League Baseball, both are extremely hot, and it’s shaping up to be an excellent interleague duel.

It seems like every week, we have some combination of STL-CIN-PIT, and believe me, I’m not complaining. In improv comedy, the La Ronde is a show format in which Character A has a scene with Character B, then Character B with Character C, and so on throughout the cast until the last performer (let’s say Character G) has a scene with the original Character A. It’s a great big chain that keeps circling back on itself, and that’s what’s happening with these three teams in the NL Central. And they’re all so good that it’s almost inconceivable that they won’t make the playoffs en masse. This series is another gem, with three great pitching matchups (the lowest ERA of all six starters is Lance Lynn’s 3.87, and the next-lowest is Bronson Arroyo’s 3.26) and the usual story lines: St. Louis trying to bounce back from losing four of five to Pittsburgh, Cincinnati trying to prove it can beat good teams. More and more when I turn on Extra Innings looking for a game, I find that I settle on the NL Central, and I have a feeling this weekend will be no different.

It feels like the AL West has flown under the radar this season, which I guess proves that Billy Beane and the A’s have been so successful against the odds for so long that it’s no longer a noteworthy story. Texas, in second place, is right in the middle of the wild-card race, and they recently picked up Matt Garza from the Cubs. So far the move looks brilliant; Garza is 7-1 in his last eight starts with a 1.40 ERA and an opponent-batting average of .205. Two of those starts have come with Texas, and he’ll have the chance to really endear himself to Papa Nolan against the division leaders. The Rangers come in on a four-game winning streak, but will be facing the second-stingiest pitching staff in the AL in a sneaky-important swing series; the A’s could put the squeeze on the Rangers and increase their lead to 6.5 games, or the Rangers could fight back to a virtual tie. Congrats, AL West- you are on the radar.

About Last Weekend: All A-Rod Everything