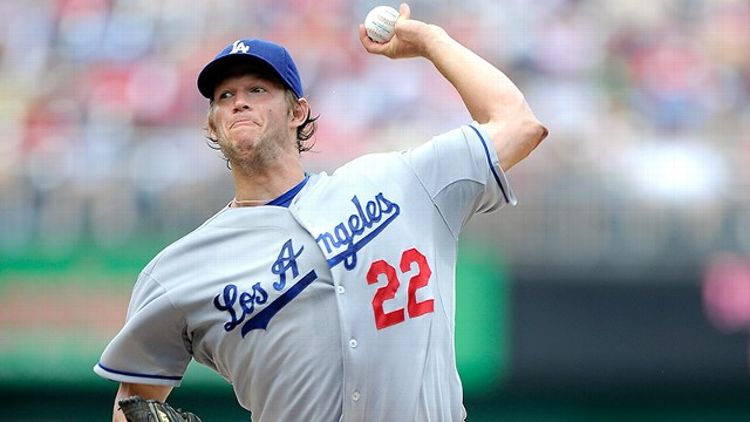 August may be the lowliest sports month of all, but we’ve got ourselves a fantastic little weekend of professional baseball. Feast your eyes, perk your ears, and open your hearts: It’s list time.

For so long, we’ve watched a pair of mighty franchises duel for the hearts and minds of the Lone Star state. One, the Rangers, has been an American League force for years, and even came within a hair’s breadth of winning a World Series in 2011. The other is the Houston Astros. One is a perennial heavyweight, boasting big hitters, strong young arms, and the quirky managerial style of Ron Washington. The other is the Houston Astros. One is owned by a great icon of the game, Nolan Ryan, a crusty old maverick surrounded by young geniuses building a dynasty with good old-fashioned Texas grit. The other is the Houston Astros. When these rivals collide this weekend, loyalties across the state will be torn, and only one team will emerge with bragging rights in the mightiest state in the union. There’s no way to know who will triumph, but I can tell you this: It won’t be the Astros.

This doesn’t necessarily involve the weekend action, and it happens to work directly against my no. 1 spot below. Rays-Dodgers is an unbelievable series, and I’m legitimately excited to see what happens, BUT — if the game Sunday gets canceled and Clayton Kershaw gets pushed back, look ahead to Monday, and what do you see? Mets. Matt Harvey. Matt Harvey vs. Clayton Kershaw. Holy. Shit. That would be the best, and we could just give the Cy Young to the winner. And how annoying would it be if we missed that by a single day? So come on, weather. I don’t ask a lot from you. In fact, I don’t ask anything, because only a crazy person makes requests of the weather. But this time’s different. Give me some lightning. Stop giving me a forecast of 77 degrees and sunny with a 0 percent chance of rain on your website. PLEASE HELP US, GODS OF THUNDER.

8. Enjoy the Squirming of the Last Remaining “Pirates Will Collapse” Guy (PIT-COL)

With the Pirates 26 games over .500, I like to imagine him sitting on a couch somewhere in Philadelphia starting to panic as he keeps up the talking points: “Yeah, yeah, we’ve seen this before. They’re about to nosedive, just like every other year.” His son timidly walks in the room, holding a newspaper flipped to the NL standings, and says, “Um, dad? I don’t want to upset you, but I think maybe … it’s just that … dad, they’re 26 games over .500 and it looks like they’ll make the play— ” and the dad just explodes with, “OH, I’M SORRY, 10-YEAR-OLD KID. ARE YOU THE ONE WHO PREDICTED THE LAST 20 PIRATES COLLAPSES CORRECTLY? NO? THEN MAYBE GO THE HELL BACK TO YOUR ROOM, STAY UNTIL YOU’RE 30, AND THEN GET BACK TO ME. THE PIRATES WILL COLLAPSE.” And the kid slowly tears up and sprints out of the room, and the mom just stares icicles at dad, with her hands on her hips, and finally he goes, “To hell with this,” and angrily leaves the house. Later that night, at 2 a.m., he’s the last guy at the bar, slumped over and trying to keep his eyes open. “Thee Pratts gonnna claps!” he slurs with a hint of malice, as the bartender wonders if he’ll have to call the cops.

Last seven games: 14-for-30, .467/.529/1.033 line, four walks, FIVE HOMERS, nine runs, 12 RBIs. I don’t whistle in appreciation that much, but I just did. It felt good. Just like Upton feels good, hitting the bejesus out of all those baseballs. He’s just another cog in the incredible 13-game winning streak the Braves have put together. On paper, it’s very hard to imagine his streak or the Braves’ ending at home against the Marlins.

6. Can We Start Arguing About the AL MVP Race, Please?

It’s time, gang. It’s August, and I’m not hearing much angry chatter. What gives? This is going to be another hotly contested, rabidly argued MVP campaign, and I’d like to see the passion rising, please. Candidate A is Mike Trout, who will once again lead the AL in WAR. He will also trail Candidate B, Miguel Cabrera, in almost every statistical category, including average, OBP, slugging, RBI, home runs, and probably even runs scored and hits. However, unlike last season, Cabrera won’t win the Triple Crown, thanks to Candidate C, Chris Davis. Davis has 41 home runs and will run away with that category. He’ll also go right down to the wire with Miggy on RBIs. Davis also might lead the league in slugging, though Miggy kills him in average and OBP, as does Trout. Also, there’s that whole thing about, “Should the MVP be 100 percent responsible for ensuring his team makes the playoffs, despite being only one of 10 players on the field on a given night?” which despite its absurdity, is going to work against Trout. So, do we feel our hackles rising? Who ya got, debate-o-sphere?

Such a push, mind you, that after flying under the radar for much of the season, he’s pitched himself right into the lead. The last month has been spectacular: five games, 35 innings, 33 strikeouts, 1.29 ERA. And in a year when most of the great pitchers have come from the National League, there’s really nobody who can challenge him for the AL Cy Young right now. Well, almost nobody; Max Scherzer is 17-1 and strikes out more batters, but otherwise, he’s inferior by every measure. Hernandez winning the award in 2010 with a 13-12 record felt like the culmination of the statistical revolution, but the truth is that the voters will probably have to prove themselves enlightened yet again.

4. This Is Where Yankees Fingertips Let Go of the Cliff (DET-NYY)

The run differential has been negative for a while now, but the Yanks (57-56) have valiantly held on to a record above .500. That little run, I’m afraid, is over. Instead of singing Detroit’s praises — there are plenty to sing about — I’m just going to point out that Phil Hughes and Andy Pettitte are pitching on Saturday and Sunday. Point made? Point made.

It’s not the best weekend of all time for pitching matchups, and Jorge De La Rosa is sorta bleh, but I do want to point out how spectacular Francisco Liriano has been since returning to action in May from a broken arm that cost him a lot of money. He doesn’t have the innings to qualify for comparison with the league leaders yet, but he will by the end of the season, and his numbers are among the best in the game. In fact, let’s put him head-to-head with the two Cy Young favorites:

Liriano doesn’t beat either of them, but it’s close enough to make you raise an eyebrow, right? And he keeps getting better; in his last three starts, he’s pitched 21⅔ innings and allowed one earned run. One. And seriously, look at this GIF of his slider. Pirates nation is even thinking Cy Young, though that’s a bit premature. Still, watch this man!

OK, Kansas City. You have won a lot of games recently. You are 16-4 since the All-Star break. You have our attention. Now let’s see you win a series from the best team in the American League. Do that, and I will endorse you for the fifth and final playoff spot. (Note: My endorsement means nothing. You have to actually make the playoffs based on your win-loss record.) (Second note: They’re off to a good start in winning said series. They beat Boston Thursday to start the four-game set.) (Third note: Holy hell, guys, the fucking Royals!)

1. THE WAR OF THE ULTIMATE HOTNESS! (TBR-LAD)

Fine, Tampa just lost a two-game set to Arizona. Congratulations, you’ve rained on my parade. NOW, listen up, because I’m about to spread sunshine everywhere. Before the D-back setback, the Rays had not lost a series since … (hold on, looking back … still looking … looking some more …) June 18 versus the Red Sox! That loss put them at 36-35 on the season, and in the 42 games since, they are an astounding 30-12. Same story with the Dodgers. Since June 21, when a loss to San Diego knocked them down to 30-42 and increased the “Mattingly’s in trouble!” whispers to a near-clamor, they’ve gone 34-8 (!!!) and put a serious hurt on the NL West. We’re talking death blow here. No two teams have been more dominant in the past six weeks — just look at the July monthly records — and this is easily the most exciting interleague series of the season so far. You know what? Screw the rain. Maybe it’s the sunshine talking, but this is even better than Kershaw-Harvey.