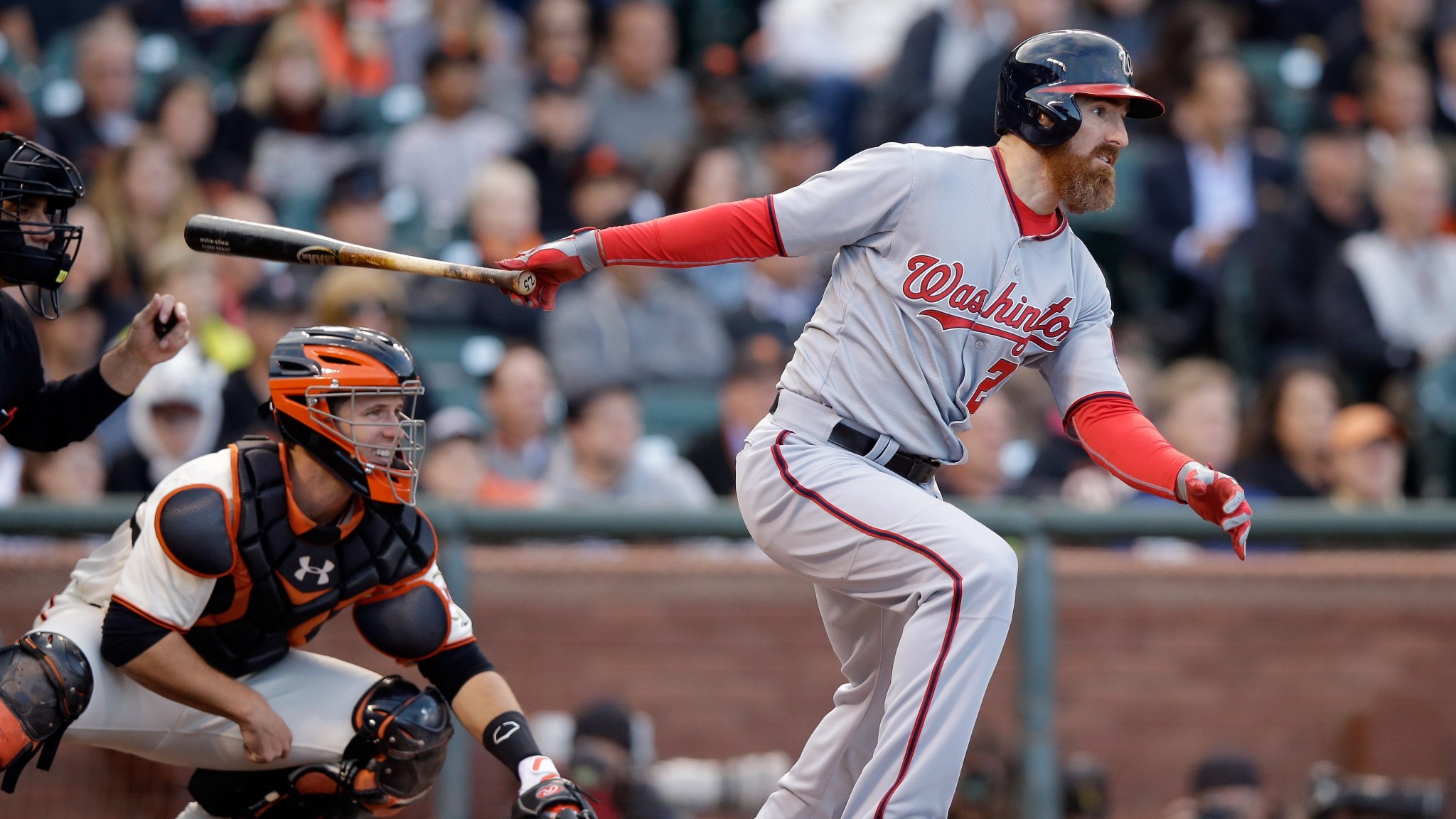 You could make the argument that none of Major League Baseball’s six divisions is turning out the way we expected it to, and as long as it’s taking the Dodgers and Cardinals to get on their horses, and as shocking as the Tigers’ swoon has been, you can’t overlook the weirdness of the NL East.

Before the season, it looked like this division would come down to a two-team race: the Braves won it last year, the Nationals the year before, and both clubs had young stars, solid top-to-bottom lineups, and more than enough pitching. Meanwhile, the division’s other teams were supposed to be in various spots of the rebuilding cycle, that arduous, cold, interminable process that would send the Mets, Phillies, and Marlins swirling aimlessly and sadly around last place like a comet circling the sun.

At this point, the Nationals lead the division, with the Braves, Marlins, Phillies, and Mets behind them, which is an order that wouldn’t have surprised anyone. But as of this moment, nobody’s driving the car, and nobody’s been left behind. Nobody’s more than four games over .500 and nobody’s more than six games back of the lead thanks to a combination of surprises, both good and bad, that have led to the Harrison Bergeronization of the division.

The AL Central is nearly as compact, but that’s an easier story to tell, and since it involves the Royals overrunning their opponents like the Visigoths, it has the virtue of being remarkable as well.

It’s like nobody wanted first place. The Braves tried it on with a scorching 17-7 start. Everything was going great — they were 3½ games up on the division, Freddie Freeman was hitting .344/.421/.613, and they were conjuring effective starting pitchers from thin air. Then they lost seven in a row.

You’d have expected Washington to leap into the power vacuum, but the Nationals have taken heavy casualties: Gio Gonzalez, Doug Fister, Wilson Ramos, Bryce Harper, and Ryan Zimmerman have all missed time, and when Zimmerman came back he took his busted throwing arm to left field. Ian Desmond’s taken a step back after two excellent seasons and is striking out more and hitting fewer line drives. They might run away with the division eventually, but not like this.

A short year and a half after trading away almost every valuable major leaguer on the team, the Marlins are back in a virtual three-way tie for the division lead. The Mighty Giancarlo Stanton is hitting .299/.394/.593 and leading the league in home runs, which you’d have expected the Marlins to need in order to compete, but they’ve stayed in it even after Jose Fernandez went down for the year with a torn elbow ligament. But inexplicably, Garrett Jones and Casey McGehee are crushing it and Henderson Alvarez has thrown three shutouts despite still not striking anyone out. Nobody was more enthusiastically on the Marlins’ bandwagon this spring than I was, and I am staggered that they’ve stayed in the race this long.

Then there are the Phillies and Mets. They’re only in this race because the Braves and Nats have been unable to stay more than a couple games over .500, but they’re in it nonetheless. Cliff Lee’s been hurt, Domonic Brown and Ben Revere have been terrible, and when third baseman Cody Asche has been in the lineup, he’s fielded his position like Bobby Bonilla in concrete shoes. But the Phillies are contending again, because Chase Utley and Jimmy Rollins are hitting like it’s 2008, and the team has quietly constructed a pretty exciting group of young, hard-throwing relievers. Philadelphia has won seven of its past nine, including three impressive wins over Atlanta, to at least hang on to the illusion of contention.

As have the Mets, who lead the league in lowercase letters with Travis d’Arnaud, Matt den Dekker and Jacob deGrom. Juan Lagares is one of the best defensive center fielders in the game — when he’s in the lineup, at least — and, I mean, anything can happen when 40-year-old Bobby Abreu, after a year and change out of the game, has a 124 OPS+.

There’s still a definite hierarchy to this division, and let’s not confuse a good run by the Mets and Phillies with this actually being a five-way race. The Baseball Prospectus playoff odds report still has the Nats and Braves winning the division more than 90 percent of the time, and for me, this is still Washington’s division to lose.

Over in the Premier League, Arsenal have a history of falling apart over the course of the season because they don’t have the squad depth to deal with injuries, and rather than bringing in new players to strengthen the squad, manager Arsene Wenger’s response is, “Why sign a new player when getting all our players back from injury is like signing a new player?” It’s a paradox, and it gets annoying when none of those players actually come back and your teenage third-string left back gets torched in the Champions League semifinal.

The truth is that the Nationals are in first place as it stands, if only just, and nobody’s going to make a bigger midseason addition than Washington will when Harper comes back. Until then, the Nationals have every reason to be nervous. There’s no guarantee they’ll stay in first in the meantime, and even if they do, they need to stretch their lead, or they’ll end up at the deadline not only contending against Atlanta, like everyone expected them to, but with a young Miami team that feels more legitimate with every passing day and a Phillies team that has two battle-hardened no. 1 starting pitchers and is one hot homestand away from the lead. A scenario in which the Phillies, Marlins, or Mets are in first place in September is hard to imagine, but the mess we’ve got now would’ve been hard to imagine three months ago.