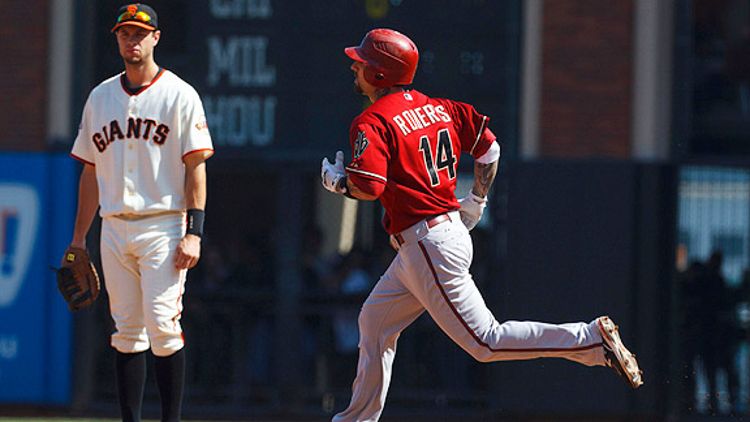 Grim reality has asserted itself across the baseball landscape. Suspense, that subterranean creature who poked his curious head from the ground this summer, has resumed a long hibernation. We won’t see him again until October.

A quick tour of the devastation: The New York Yankees are the best team in the American League, just days away from clinching. The Red Sox reversed the Tampa momentum with a big win Tuesday, and should take the wild card without much trouble. The Tigers have won 11 in a row to put Cleveland’s dreams to rest. The Rangers aren’t quite breathing easy, but it’s doubtful the Angels have the firepower to erase a three-game deficit. In the NL, the Phillies are a win away from clinching a playoff berth, the Braves hold a 4½ game lead in the NL wild-card race, and it’s all over but the shouting for the division-leading Brewers and Diamondbacks.

That leaves nothing to the imagination as the regular season dwindles, right?

WRONG! Hark here, baseball fans. No, not the standings. They’ll only break your heart. Look at run production. Look at two teams in particular — but not the teams of flash and substance and power. Look West, and then look down.

Such a small, intriguing separation. But zoom out, and there’s a reveal: Those are the lowest numbers in baseball by about 50 runs.

Now, I don’t want to take cheap shots. But let’s say you’re watching the 200-yard dash at an elementary school field day. The fast kids are out and away, but two others, unathletic but well-meaning, are bringing up the rear. We all have our burdens. For one of them, it’s a few extra pounds. The other is so pigeon-toed that old ladies throw bits of bread at his feet when he walks through the park. Neither of them necessarily wants to be out there, chugging along without a prayer, but they’re still a few years from overthrowing the tyranny of mandatory participation.

It’s neck-and-neck, and it’s absolutely unclear how this one’s going to end. After the crowd sees the top sprinters finish, their eyes move back down the track. They begin to cheer, because lord knows they have time. Sure, there are a couple of spurts of laughter here and there, but everyone quickly realizes that this is no time for cruelty. These kids are moving at a snail’s pace, but they’re giving it their version of a best effort. Dignity and drama build by the moment. There’s a bona fide classic happening out on that track. An old-timer holding a newspaper turns to nobody and says, “We’ve got a humdinger!” This is as excited as he’s been since he saw Red Grange, the Galloping Ghost, in person. And as those two striving youngsters approach the finish line, with their big hearts and questionable genes, the people rise. The voices coalesce into a fever pitch. This is the center of the whole goddamn universe.

Here’s what I’m saying: We can enjoy the Mariners and the Giants. This is not a ridiculous concept. There will be time to focus on the Yankees and Phillies of the world, but with 14 games remaining, those teams have already vanished from our field of vision. The stage belongs to the nobodies. It’s a familiar idea in places like England, where every season fans watch closely as inferior soccer clubs struggle to avoid being relegated to a lower division.

So why not here?

The Giants, somehow, are not a bad team. Their run differential is -13, but they’ve managed by luck or guts to eke out a 78-70 record. San Francisco’s pitching staff is incredible, second only to Philadelphia’s in ERA. Until about two weeks ago, the Giants could still think about their playoff chances without sighing and letting their heads thump lightly against a locker. Seattle is a bit worse. The Mariners almost set a major league record when they lost 17 games in a row earlier this season, and they’re at the bottom of the AL West. But they’re not the worst team in the league, and they, too, can hold their heads high on the pitching front.

Let’s go back to the two sprinters. When they see their competitors pulling away, what do they tell themselves? More than likely, they search for something positive. They’ve got smarts. They can run intellectual circles around the jocks. In baseball terms, that means they can pitch. Hitting is power and talent and aggression. A curve ball is subtle; a slider is deft. Jamie Moyer can pitch when he’s 48. David Wells can waddle to the mound and throw a perfect game. These kids are the Mariners and the Giants.

So I’m 100 percent on board with the Battle for the West Coast. I have only one question: If you’re an actual fan of these teams, do you want to win or lose?

For an answer, I’m drawn yet again to my valiant racers. Say you’re the boy with pigeon toes. If you win, sure, you save yourself a modicum of embarrassment. You’re not the worst one on the track. You beat the fat kid, at least. But 15 years later, when you’re telling the story at a party, what’s the funnier ending? Picture the people, enthralled at your tale. They’re like you, with their own memories of disappointment and humiliation, and your words have drawn them closer. They lean in as your narrative approaches the finish line. They don’t know what they want, but then again, they do.

In that situation as the pigeon-toed raconteur, you want the shame. You want to lose. You want to be the guy who couldn’t even beat the fat kid. You want those people rolling around on the floor, knowing they should feel sympathy but dying of laughter just the same. This is your badge, your name, and your shield.

Maybe actual Giants and Mariners fans disagree, but if I were them, I’d want to finish with the lowest run production in baseball. Not only that, I’d want it to happen in devastating fashion. Bases loaded, no outs, bottom of the ninth. Seattle’s already finished its season, and it is ahead in the overall tally by a single run. Carlos Beltran, one of the Giants’ few hitters who is actually worth his price tag, steps up to the plate. He’s capable of home runs or doubles or singles, all of which would do the job. Instead, on 3-2 count with the runners moving, it’s a line shot to the second baseman. Beltran’s teammates are far away from the bases, betrayed, their momentum carrying them hopelessly forward.