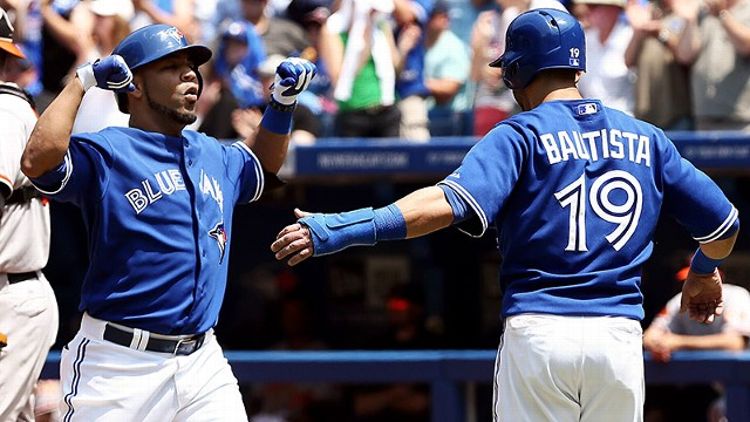 One of the dangers of writing about sports is that it’s easy to conflate “impossible” with “improbable.” It’s a necessary risk to take in many cases: On May 4, the Blue Jays were 10-21, 10½ games out of first place, with a run differential closer to the almost purposely impotent Astros than to any other team in the American League. Coolstandings.com gave them a 1.4 percent chance of making the playoffs. A rational observer looks at that and says: “Well, that team’s unlikely to make the playoffs.” But you have to write about it in stronger terms than that, because a Blue Jays fan would look at that and refuse to give up hope. Most people typically recognize that a man who bets on something that has a 1.4 percent chance of happening is a good man to gamble against. But when team sympathies come into play, those same people will throw out rationality and talk themselves into believing in those same chances.

They need to be crushed. Belief is a bad thing. Hope is a bad thing. Hope in the improbable only sets you up for a lifetime of disappointment, so when your buddy’s team has a 1.4 percent chance of making the playoffs, you don’t indulge the optimist. You have to level with him, pull the Band-Aid off quickly, run a cold shower. Because if you don’t, he’ll go on acting like the sports-fan equivalent of the teenager who asks a girl to prom, gets shot down, and takes that as an indication that he just needs to try harder to get the girl. This isn’t a knock on Blue Jays fans — everyone does it. But that’s why you have to write “impossible” rather than “improbable.” If you leave any room for hope, that hope can drive people to say and do hilariously naive things.

Hope drives people to say things like: “Hey, one 11-game winning streak, one stagnation of the other four good teams in the division, and one return of Jose Reyes and we’re right back in it.”

Well, touché. Those 11 games have been won, those four opponents have sputtered, and Reyes is supposed to come back this week. Munenori Kawasaki is hitting home runs. Brett Cecil, that scrub with the 4.52 career ERA, is doing a decent Elroy Face impression. During the streak: five appearances, 6⅔ innings, two wins, two holds, no hits, one walk. Dustin McGowan is throwing without hurting himself. Chien-Ming Wang has returned from minor league purgatory to turn in some of his best work (in a short stint) since he was a Cy Young runner-up in 2006. The streak is one improbable event that contains many, smaller improbable events. The end result is that this matryoshka doll of unlikeliness now appears very large in the rearview mirror of the Orioles, Red Sox, and Yankees.

And it’s great. The Blue Jays haven’t really mounted a serious campaign on the division title in 20 years, for one thing, and it’s good to see long-suffering fans get rewarded. They made big moves in the offseason, and you want to see aggressive teams get rewarded as well. More than anything, though, the Blue Jays’ return to contention means that all five AL East teams (1) are over .500, (2) are within five games of the division lead, and (3) have at least a 1-in-4 chance of making the playoffs. I suspect (though I admit I have no way to prove it) that any team in that division would walk away with the NL West and be competitive in the AL Central and NL East. Having all five fighting for a playoff spot throughout the summer (if it happens) will be an absolute riot to watch.

But let’s not get ahead of ourselves. Before the winning streak, the Blue Jays were likely to miss the playoffs. After the winning streak, they’re still likely to miss the playoffs. They’re in fourth place, five games out of the division lead, and three games out of the second wild-card spot, needing to jump two other teams to get there. They’re at 28.5 percent to make the playoffs now, which is better than it was two weeks ago and solidly in the range where it would make sense to add pieces to make a run this year rather than sell with an eye toward making their run in 2014. They’re not home yet, not even close. The difference is that they’re now only one insane hot streak away.