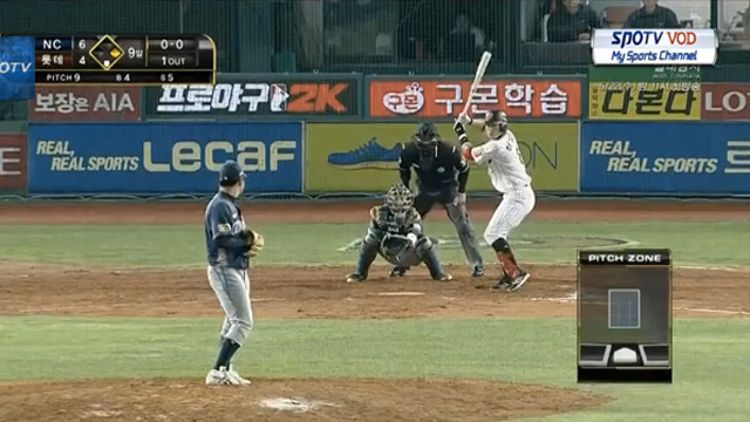 Thanks to tipster @MyKBO, who sent us the following video from the Korea Baseball Organization. Click below to watch the video of Jeun Jun-woo of Lotte hitting what he thought was his second home run of the season.

CUE THE MOST RIDICULOUS BAT FLIP IN THE HISTORY OF ORGANIZED BASEBALL. JORDANY VALDESPIN AND TSUYOSHI SHINJO, YOU ARE BOTH ON NOTICE.

… and a meme is born. Let’s call this one “Confused/Crestfallen Korean Baseball Player” and you can type in things like, “DROVE A GIRL HOME FROM THE BAR … REALIZED THAT SHE LIVED IN THE SAME APARTMENT BUILDING AND ONLY WANTED A RIDE” or “WOKE UP WITHOUT A HANGOVER … REALIZED I WAS STILL DRUNK.”

Every racist looking at this photo is subbing in lines from Mr. Chow in The Hangover right now. Full disclosure, I’m doing the same thing …

By the rules of Korean baseball, if a player hits a ball to the warning track and flips his bat with great emphasis, his team will be rewarded with the opportunity to have two runners at first base.

“Listen, man. It’s going to get worse before it gets better. But once you hit bottom, give me a call and I’ll be there for you.”

Seriously, if this happened in MLB with all its dumb “unwritten rules” about showing up the pitcher, what would happen to poor Jeun Jun-woo? Does he become the first player in major league history to compile a 1.000 OBP with a .000 SLG because he gets hit by a pitch every at-bat? Do they play the replay of him pointing at the dugout as he walks up to the plate?