The Drugs Don’t Work (in the Olympics) 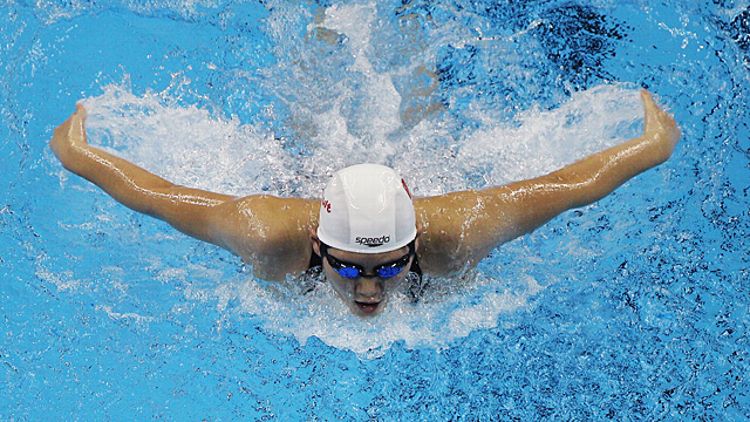 Another Olympics has come to a close, and we’ve had the usual barrage of doping controversies to mull over, varying from scurrilous insinuations about 16-year-old girls to justified concern over rehabilitated (and unrepentant) ex-dopers winning medals. So, what else is new? Perhaps the most noteworthy aspect of this Olympics is how comfortable we’ve become with drug use in sport. It’s reached the stage where news of an athletics gold medalist testing positive for steroids barely merits the jaded raise of an eyebrow. Yet Nadzeya Ostapchuk is the only Olympian (so far) to have been stripped of a medal in 2012, which compares favorably with five medalists in Beijing, nine in Athens, and eight in Sydney. This has either been the cleanest Olympics this century, or, if you’re of a more suspicious frame of mind, the one with the least effective drug testing. Some people certainly suspect the latter; witness this extraordinary article on Ye Shiwen from the host nation’s most popular non-tabloid newspaper. But let’s put talk of genetically modified swimbots aside, and look at what’s actually happened in the world of swimming, because it’s certainly been noteworthy.

In 2008 and 2009, the sport went through a technological revolution with the introduction of polyurethane bodysuits, which enabled lucky techno-swimmers to help themselves to 21 world record times in Beijing, and another 43 records at the 2009 world championships. Over a sixteen month period, 38 of the available 40 world records in long-course swimming were broken; at which point FINA (the governing body of international swimming) finally decided to ban the bodysuits. The records dried up, and experts predicted that there wouldn’t be a post-polyurethane record for another decade. Not so: two records fell at last year’s world championships, followed by eight more in London’s Aquatic Centre, leading many to ask how so many swimmers are able to improve their times despite the removal of performance-enhancing swimwear. Can we avoid the conclusion that these results were thanks to performance-enhancing drugs?

The answer to this question may well lie away from the pool. Let us instead look to the athletics stadium, where world records tend to last a little longer. Four new track records were set in London, but the 16 available records in the field events remained untroubled. In fact, only three of those sixteen records have been broken this century: the women’s javelin, and the women’s hammer and pole vault, which the IAAF only recognized as official disciplines in the mid-’90s. In the established field events, world records are things that happened a long, long time ago; you have to go back to 1996 to find the most recent record in the other 13 events, which begs the question: What gives? If it’s difficult to explain swimmers getting faster without performance-enhancing drugs, how do we explain 16 years of field athletes jumping and throwing shorter distances? Did gravity suddenly get stronger in 1996? Did the next generation of potential field athletic stars get distracted by ultra-realistic video games? Maybe Belle and Sebastian’s witheringly sarcastic “The Stars of Track and Field” made athletics uncool?

Those of a suspicious mind-set will, once again, turn to the more obvious answer: Those records were the result of performance-enhancing drugs. Six of the 13 long-standing field records come from the old Eastern Bloc, after all, and are relics of a time when institutionalized doping was rife behind the Iron Curtain. It’s harder to give credit to a performance from that era, but it would be lazy to dismiss them purely because drug testing was so flimsy in the 1980s. For instance, consider the career of East Germany’s Jurgen Schult, holder of the discus record, which he set in 1986. Schult continued to compete at the highest level until after the 2000 Olympics, and he never failed a drugs test. Admittedly, he also never came close to matching his record, but no-one else has either, and it’s not as if there’s been a shortage of drug cheats in discus throwing in the last 25 years. Schult’s throw may not be beyond suspicion, but it’s also not beyond recognition as an outrageous moment of athletic brilliance.

And what of the other records? What of Jonathan Edwards, who took a triple jump record that had only increased nine centimeters in the previous 20 years, and smashed it by 18 centimeters with his first jump, then added 13 centimeters to the mark with his second leap? No one in athletics believes the squeaky clean Edwards was a drug cheat. The same is true of Javier Sotomayor, who cleared 2.40m in the high jump 40 times, a height which only six other people have ever achieved. (One of them managed it twice). Sotomayor’s best was 2.45m. And then there’s Sergey Bubka, who for my money is the greatest sportsman ever. If I start writing about Sergey Bubka, this article will never end, so I’m just going to direct you to the YouTube video and Wiki article.

Finally, there’s Jan Zelezny. If you’re of the opinion that the 1980s were riddled with Eastern Bloc drug cheats, you’re going to need to explain Jan Zelezny’s javelin record. The javelin was redesigned in 1986; the center of gravity was shifted forward, and the nose was blunted to increase drag. Total flight time was estimated to have been reduced by 10 percent. Zelezny threw this brick 98.48m in 1996. That’s five meters further than anyone else has managed, but that’s not the incredible bit; it also places him at number three on the all-time list, which includes countless Eastern Bloc throwers who were allegedly doped up to the eyeballs, and throwing a javelin that was 10 percent more aerodynamic than Zelezny’s. Something doesn’t add up here.

I’ll wager that mankind will walk on the moon again before all four of those records are broken. They were exceptional performances at the time, but when viewed against modern athletes they seem impossible. Sixteen years of improved training and nutritional regimes have yielded a generation of athletes who aren’t even getting close to these marks, and do bear in mind that some of those athletes will also be using performance-enhancing drugs. That may give them an edge over their similarly unimpressive contemporaries, but it’s not helping them get anywhere near the likes of Sotomayor or Bubka.

Here’s a more likely explanation for the lack of progress on the field; the Sotomayors and Bubkas of this generation aren’t pursuing track and field careers. They’re choosing to play basketball or soccer, and earning money that track athletes can only dream of. Similarly, the Zeleznys of the 21st century are putting their upper-body strength into more lucrative pursuits, and the athletic track’s loss is the aquatic center’s gain. The tumbling records in London are simply the product of the increased celebrity — and earning potential — of swimmers like Thorpe and Phelps attracting exceptional athletes like Ye Shiwen, Rebecca Soni and Missy Franklin towards the pool, and these swimmers are as untroubled by the absence of polyurethane suits as Zelezny was by his cumbersome, top-heavy javelin. If you’ll forgive me for crowbarring in another Brit-pop reference, The Verve said it best back in 1997; “The Drugs Don’t Work,” and we should be very wary of becoming too jaded about exceptional sporting performance.

The Huddle: Evaluating the Offensive Line Class of 2008