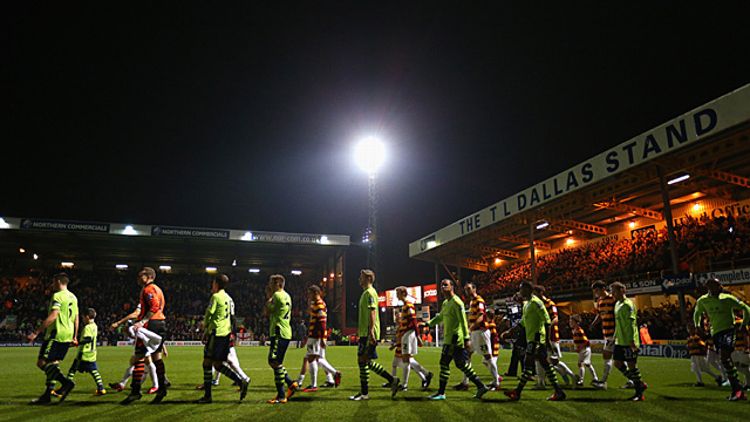 Today’s English soccer landscape is governed by inevitability. Save a few rare surprises, the best players, the most trophies, and the most coveted spots in the Premier League table end up belonging to the wealthy clubs from Manchester, London, and the red half of Merseyside. It’s the harsh reality of a sport where money is tied directly to success. The formula is simple — the more a club spends of the former, the more that club can expect of the latter.

The domestic cups are about the only the place left for a small club to capture football glory. Catch a few favorable draws, upend a disinterested giant, and — voila — your supporters might be lucky enough to enjoy a … quarterfinal match. Sadly, even the cups seem to experience very little chaos that upsets the established order. Over the past 12 years, Liverpool, the Manchester clubs, Chelsea, and Arsenal have combined to win 19 of the past 24 League and F.A. Cups finals.

But just a year after Championship side Cardiff City took Liverpool to penalties before falling short in the final, the League Cup is the stage for yet another improbable run. This time it’s Bradford City.

If you haven’t heard of the Bantams before, don’t be too hard on yourself. The club has barely spent any time in England’s top division, other than two unmemorable seasons in the Premier League from 1999-2001. And given the club is currently occupying 11th place in League Two, it’s certainly easy to lose track of them. But incredibly enough, this lowly club in the lowest of England’s full-time professional leagues is on the verge of making a cup final.

It was a journey that started innocently enough as Bradford City defeated Notts County, Watford, and Burton Albion, each by one-goal margins, before the Round 4 draw sent them to Wigan’s DW Stadium. Going up against a Premier League side is typically the end of the road for a League Two club. Even a club with limited resources like Wigan dwarfs the spending power of one like Bradford City.

But thanks to Roberto Martinez making nine changes to his starting XI, the Bantams were able survive long enough to force penalties. After Wigan’s Shaun Maloney sent his attempt sailing over the crossbar, Bradford’s Alan Connell slotted his kick home, putting the Bantams up, 4-2. Jordi Gomez tried to keep Wigan’s hopes alive with the next penalty, but Matt Duke, Bradford’s 35-year-old journeyman keeper, deflected Gomez’s attempt wide and sent Bradford to its first quarterfinal in club history.

That meant Arsenal was coming to Valley Parade stadium. Though the Twitter feeds of Gunners fans would fool some into thinking their club was teetering on the brink of relegation, they were very much heavy favorites entering the match — the equivalent of a 16-seed trying in vain to take down a 1-seed in the NCAA tournament. Bradford was in the driver’s seat early after midfielder Garry Thompson knocked in a deflection, following a free kick. Just when it looked like the Bradford would pull out the win, Arsneal’s Thomas Vermaelen headed home a Santi Cazorla cross in the 88th minute to force extra time. Neither side scored in the extra half hour, and it was down to penalties once again.

As soon as Varmaelen’s attempt clanged off the post, it was “Wenger Out” time for Arsenal supporters and celebration time for Bradford City as they moved onto to the semifinals.

Thanks to late goals from Carl McHugh and Rory McArdle, cementing a 3-1 victory against Aston Villa, the first leg of Bradford’s semifinal wasn’t nearly as dramatic the previous two rounds of matches. With a chance to make history, though, that’s sure change. Over the past 20 years, just three clubs — Cardiff City, Tranmere and Middlesbrough — outside the top flight have even made a League Cup final. Bradford City, with a two-goal lead on aggregate, is a heavy favorite to become just the fourth.

A win on Tuesday would also give the Bantams a chance to be the first club outside of the top two leagues to win the trophy since Swindon Town did in 1969. By accomplishing such a feat in an era where the divide between the haves and have nots is greater than ever before, Bradford City would — if they haven’t already — create an indelible memory for its fan base and give a little luster to the reputation of English football’s rather uncompetitive domestic cup competitions. Who knows? They might even prove, albeit briefly, that money isn’t everything.