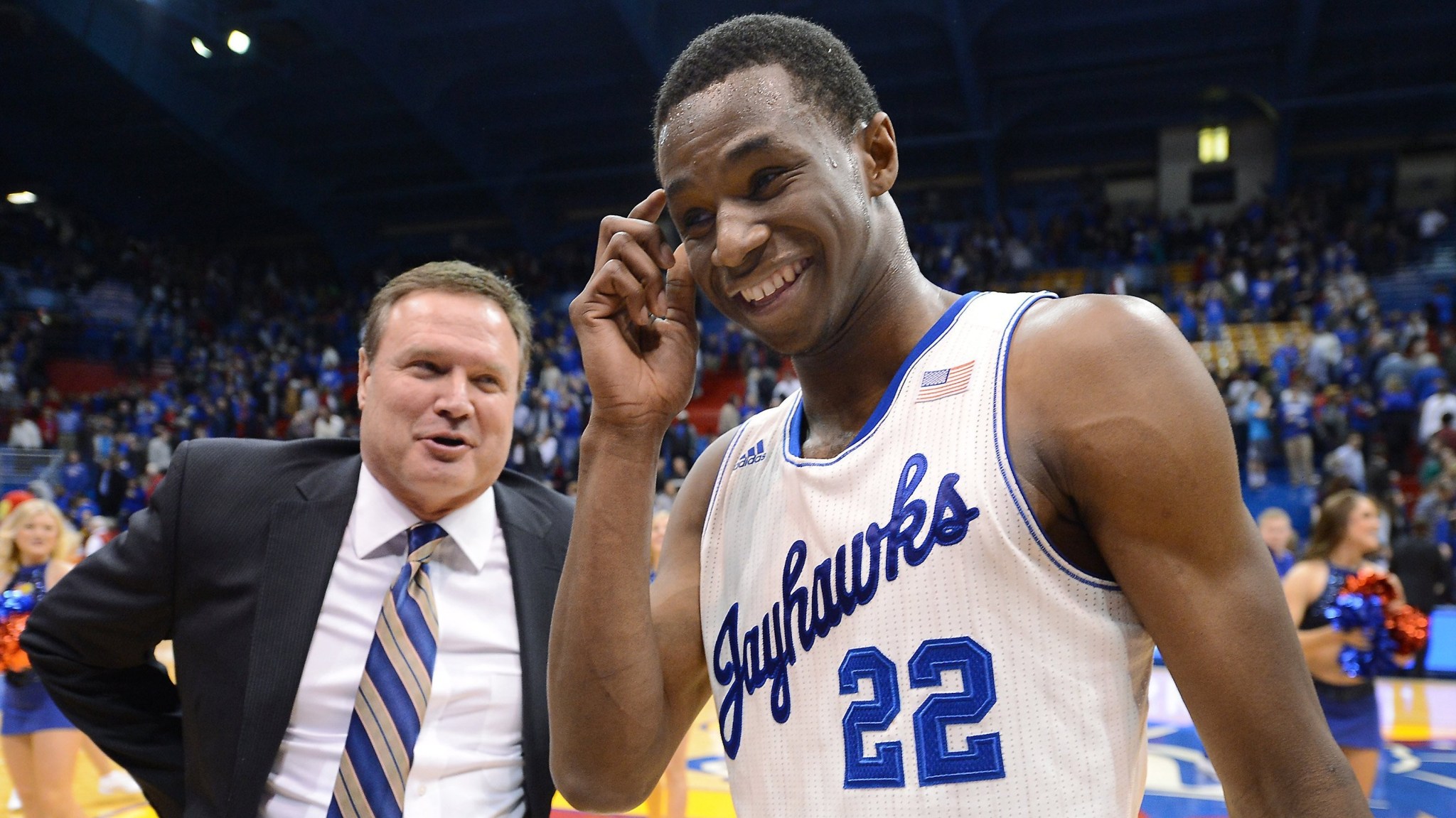 Recently, a friend of mine has taken to calling Andrew Wiggins “Wiggs Boson” because even though we’ve observed his every move, we barely understand him. Another friend, citing those wobbly deer legs, simply calls Wiggs “Bambi.”

The Wiggins Experience, so far, has been difficult to classify. Though this year’s Chosen One hasn’t lived up to the impossible amount of preseason hype surrounding his lone college season, neither have his peers: Julius Randle, the Harrison twins, Jabari Parker, and Marcus Smart all have failed to provide the consistently scintillating play we were promised.

While I’d argue that this preseason excitement surrounding college basketball in 2014 is absolutely a good thing, it also puts the hype cycle into sharp focus. It’s no surprise the two NBA draft prospects currently inciting the most chatter are two young, somewhat unknown prospects who were completely absent from the preseason prognostication blender: Wiggins’s teammate Joel Embiid and Australian prep point guard Dante Exum. As ever, mystery is sexy. A pile of game tape and a stack of scouting reports, less so.

As people increasingly make up their minds about Wiggins, America’s most scrutinized Canuck is starting to play his best ball. Still, much of the Wiggins puzzle has yet to be solved; anytime he has a huge game and seems to be establishing some level of desirable consistency, he’ll immediately return as a non-presence in a big game that he appeared mentally primed to dominate.

Luckily for Wiggins, the local pressure is lighter than the national pressure; the Jayhawks are simply deep enough, especially in the frontcourt, that they’ve haven’t had to rely on Wiggins’s scoring. (Certainly, this wouldn’t have been the case at Florida State, which narrowly missed signing Wiggins and currently sits on the NCAA tourney bubble.) Wiggins was taking his time figuring out the style of play at Kansas, but you could see the requisite flashes of brilliance, the moments.

On Saturday night, Wiggins had his most productive scoring game as a Jayhawk, going for 27 in a blowout at TCU. As a player whose reputation is built off his athleticism, the game he’s been showing off lately has been all about finesse, where he thrives off pull-ups, floaters, curls into the lane, and longer jump shots. He’s been more aggressive. He’s been smarter. He’s getting set before he launches from deep. He looks like the person I imagined he’d be.

On Wednesday night, Kansas faced a plucky Iowa State team, and Wiggins had his best game as a Jayhawk. He hit jumpers, displaying a high-and-tight release that’s unguardable at the college level. He defended, creating havoc with his length, and helped the Jayhawks fly into transition, where Iowa State couldn’t control them. It doesn’t feel like much time has passed since the Jayhawks’ conference title streak seemed in jeopardy, thanks to a loaded Oklahoma State team and an intriguing dark horse in Ames. But, after this win, Kansas stands three games ahead of the Cowboys in conference play and four in front of the Cyclones. Watching Kansas jell last night, it’s hard to believe its success was ever in doubt.

In Lawrence, the Wiggins experience is already a smash, thanks to the tempered expectations set by previously disappointing one-and-done campaigns by Rivals no. 1s like Xavier Henry and Josh Selby. People have seemed to catch on to the fact that to have a good college basketball team, you need to have some guys who have played college basketball before. (Like Perry Ellis.)

We’re a few waves of backlash from the home stretch — can he lock down the perimeter consistently? Can he get to the line more? — and the Jayhawks could feasibly stumble in their quest to lock up the country’s best conference. But today, his effortless 29-and-seven fresh in our (and Trey Songz’s) minds, we know more about Wiggins’s composition than ever before.

“I take some sort of pride that you could argue that Royce White is the worst first-round pick ever. He’s the only one that never played a minute in the NBA that wasn’t just a foreign guy staying in Europe. It just shows we swing for the fence.”