Sportstorialist: The NBA Needs to Stop Its Latest Uniform Experiment 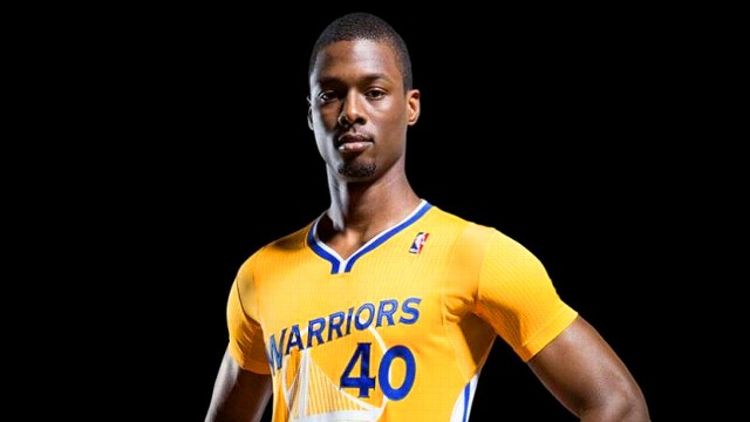 The quiet shudder that made its way around the NBA a couple weeks ago had something to do with a uniform tweak. The league unveiled sleeved jerseys and announced its lab rats would be the Golden State Warriors. Debuting this occasional experiment on these particular guys was both a punishment and ontological bad luck: They may be sixth in the Western Conference, but when it comes to exploitation they’re the last straw.

I think the reason for the shudder had less to do with a fear of change and more to do with what the league was asking these guys to change into. In the still photographs that were released with the announcement, Harrison Barnes modeled the new look: a snug yellow jersey whose sleeves end at the middle of the triceps. Tight sleeves are where modern rugby has always been and men’s tennis has momentarily landed. For basketball, the snugness is a kind of innovation and a reintroduction of the past.

Which is to say it might not have been the jerseys alone that necessarily made people nervous. Although Adidas says the shirts are lighter, they still seem restrictive. But that’s not the main problem. If the Warriors’ formfitting tops induced apprehension, it was for what those tops portend: form-fitting bottoms. Yes, these tops really do prod one to ask, “What’s next?” And what’s next in this back-to-the-future development could be nut-huggers — to which all one can really say is if Wilt Chamberlain didn’t mind them, why should Stephen Curry? Yet, for now, the shirts are to be worn with long, baggy, pinstriped shorts that have nothing good to do with what’s happening up top. 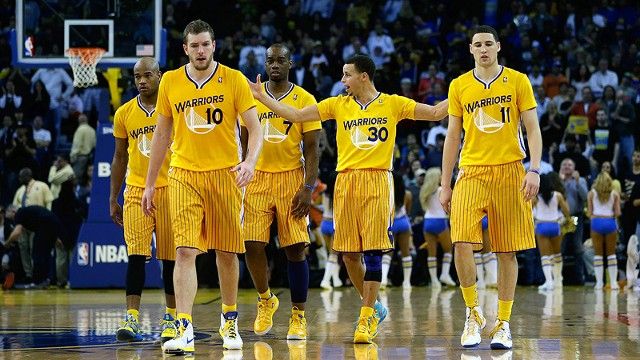 In any event, the uniforms made their debut last Friday at home in Oakland against the Spurs. The Warriors had managed to lose 16 in a row to San Antonio and Golden State snapped its streak in a close game that must have had Tony Parker, Tim Duncan, Manu Ginobili, et al., trying to figure whether these uniforms would be happening to them and when. Never, I hope. That’s said as someone thrilled by the idea of less fabric on the courts of the NBA.

Watching these clothes in action, you realize the lie told by those stills of Barnes. They were staged with a good photographer, and have some panache. They looked viable on him. But we didn’t see viability on Friday night. We saw indifference. We saw mess. The uniform didn’t hug the body. They hung from it the way the some tank-top jerseys do. But pitted opposite the league’s sleeveless standard, they conferred upon the Warriors a degree of amateurishness, of warm-up, of “our regular joints got ruined in the wash.” The Spurs looked confident. The Warriors looked like a gangly high school soccer team.

The difference between what that photo shoot promised and what Friday’s game delivered was the difference between how a shirt looks on a Gap mannequin and how it looks on you: like shit. It’s as if Barnes spent his session wearing his jersey with a clip that gathered all the fabric at the back. This is to say that the new shirts aren’t as tight as everyone feared, but they hide a lot of grit and work and ink. That’s actually the problem. The body is the thing you miss.

It’s actually the thing that you’ve missed for decades. The body has gotten more beautiful in professional basketball. But you see a lot less of it than you once did. These sleeves, as they appeared last week, conferred a kind of incompleteness to the players, a strange meekness. There are many reason to enjoy a Clippers game, for instance. But I’d enjoy it a lot less if I’m further prevented from studying Matt Barnes, the league’s Illustrated Man. 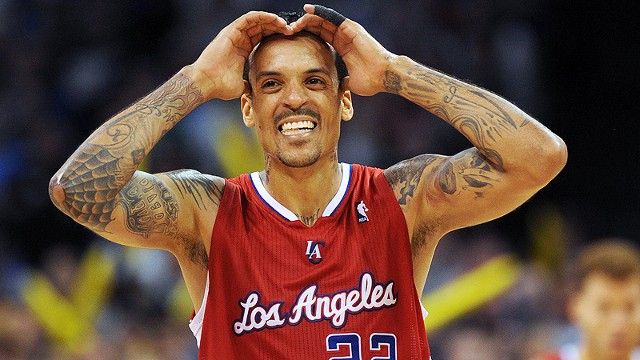 It’s as if the players tried them on and said no to the original prototype. None fit the way Harrison Barnes’s did. What initially seemed to be a sport and an apparel company trying to find a modern solution for the gradual shrouding of the NBA body — the looser, longer, saggy shorts, the relaxed fit of the jersey, the preponderance of the compression sleeve — felt like a way for Adidas to move seemingly novel merchandise. The company could have taken the sport back to where it classically was: tastefully tight. The jerseys and shorts the Warriors wore against the Spurs didn’t advance the conversation. It missed the point of the conversation altogether. What looked great on Barnes was distressingly ordinary on the court.

During the pregame huddle, Warriors coach Mark Jackson said, “You look marvelous,” which was touching and encouraging, even though it wasn’t true. In that moment, encircled by so much pointless fabric, he’d become a desperate man, a guy who’ll say absolutely anything to get a win.

Three Ways to Fix the Ugliness of College Basketball