The Triangle Sports Book Club: PFT Commenter’s ‘Goodell vs. Obama: The Battle for the Future of the NFL’ 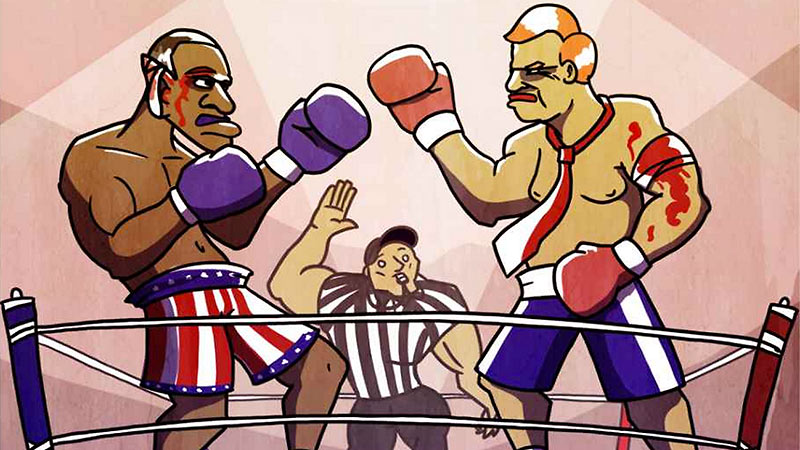 From time to time, Grantland will review a new sports book. Most of these books will be bad. Today, we look at the new parody e-book from jesting Internet NFL scribe PFT Commenter.

“In a time of universal deceit, telling the truth is a revolutionary act.”
—George Orwell

PFT Commenter has questions, and he’s on a mission for answers. Where did Ryan Fitzpatrick go to college? Is Joe Flacco elite? How best to protect the shield? Mysteries like these can really weigh on a man, so it’s no wonder the all-time thumbs-up record holder from the Pro Football Talk comments section decided to search for the truth by writing an e-book.

The result, Goodell vs. Obama: The Battle for the Future of the NFL, imagines a dystopian future in which Jerry Jones’s penis explodes, causing President Obama to seize control of the Dallas Cowboys. Obama is determined to turn the Cowboys into a Kenyan soccer franchise, but Roger Goodell has other ideas. A boxing match is arranged to settle the dispute.

Along the way, Goodell seeks counsel from a rich cast of characters. When he’s not berating the Acela’s beverage lady for her subpar coffee, Sports Illustrated’s Peter King provides our quixotic protagonist with “the best nuggets in the business.” Mike Ditka recalls Mickey Goldmill as the Ginger Hammer’s personal trainer. The potty-mouthed Richie Incognito makes for a perfect sparring partner. Meanwhile, Obama is trained by — who else? — Michael Vick.

In many ways, Goodell vs. Obama is a product of today’s neutered, comically self-serious NFL media climate. Pretty much everyone involved in professional football is ripe for lampooning, and PFT Commenter doesn’t pull any punches. To read him on Jim Irsay’s “tremendous story of redemption” or Danny Woodhead’s innate grittiness is to encounter the ghosts of pregame shows past. And it’s terrifying.

Considering the author’s tell-it-like-it-is attitude, Goodell vs. Obama’s lax approach to spelling, grammar, and punctuation feels right. Why let a comma get in the way of no-holds-barred honesty? Fortunately, readers understand this. On Amazon, the book boasts a 100 percent five-star approval rating, making PFT Commenter the literary equivalent of the 1972 Dolphins. Most scribes would gloat about such a designation, but PFT Commenter acts like he’s been there before … except when it comes to sales.

If the truth sets you free, then reading Goodell vs. Obama will be a genuinely liberating experience. The takes are so hot they come with a warning label, and they burn plenty of bridges. This is a shame, because despite Goodell’s positive characterization, the NFL would clearly be better off with PFT Commenter in charge. Until that happens, though, our national pastime will continue to become “our national asstime.” And that really makes you think.

See all Triangle Review of Books