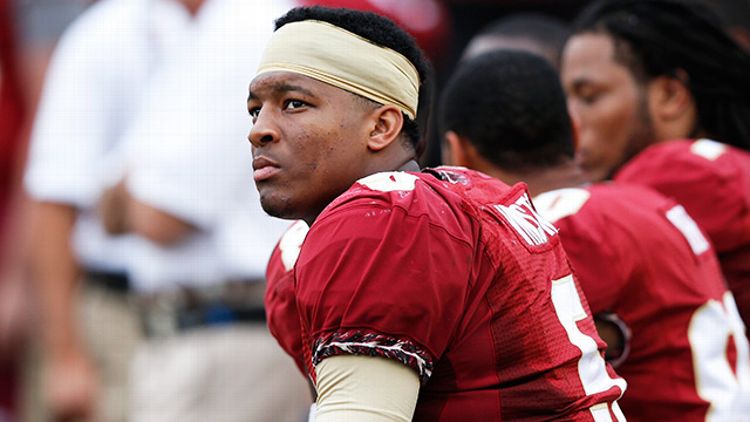 I didn’t earn a law degree in the last three weeks, but here are six initial thoughts:

1. Do we really care who wins the Heisman?

I’m not a Heisman voter. I don’t have to fill out a ballot while reading through the pile of paper the state attorney is about to release. I don’t have to discern if the Heisman’s morals clause — problematic even in peacetime — should be invoked only when criminal charges are filed, or just blinks on automatically when there’s a wide-ranging air of suspicion.

I don’t have to make that choice. But the choice wasn’t, and isn’t, very important. This is one of the times we realize sportswriters have been mangling the word “injustice” since there was a printing press. The Heisman is not a medium of justice. It is a medium of people casting a vote for something fun and silly. In this case, something that was happening concurrently with something else that was deadly serious.

2. Everything above applies to the BCS trophy.

3. Let’s not call what just happened — or didn’t happen — a “distraction” for Winston and Florida State. The word dishonors the accuser. It dishonors Winston. Distractions are NCAA violations.

5. Let’s not be quick to fashion a “redemption” narrative for Winston. It may be that we discover — after we’ve sifted through lots of paper, combed through police reports, and talked to witnesses — that Winston was the victim of a great wrong. We don’t know that yet. Moreover, Winston beating Ohio State or Auburn in a BCS title game will not in itself be a redeeming act. See No. 1. This is a BCS trophy. Nothing more.

6. There are certainly things left to figure out. Cossack points to the 11-month gap between the accuser coming forward and the Tallahassee police passing the case along to the state attorney — an action that occurred only after the press learned of the investigation. It deserves an explanation from the cops. Their explanation, in turn, deserves our scrutiny. There are unimportant mysteries and important ones. This is one of the latter.