Simple Math: Why the Indians Will (Kinda) Make the Playoffs 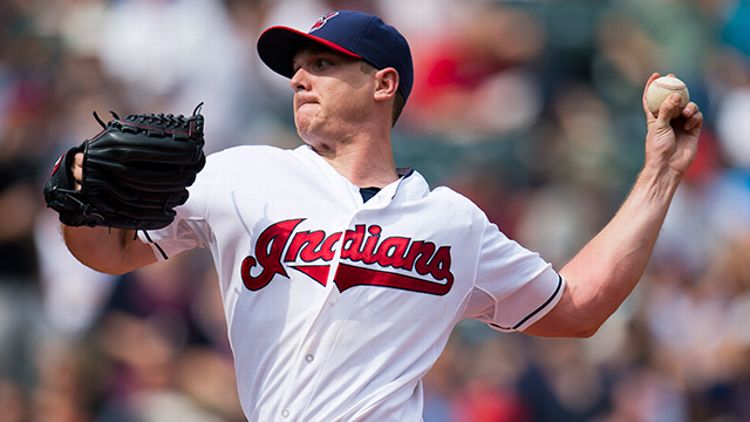 The Cleveland Indians, who haven’t made the playoffs since 2007, just finished a fairly brutal stretch of baseball. Starting on August 27, they endured 15 games in 16 days against some of the best teams in the game. That list included the Atlanta Braves, Detroit Tigers, Baltimore Orioles, and Kansas City Royals. The first two teams on that list are playoff-bound, and the last two are in the middle of the wild-card race. The Indians are there, too, but they didn’t exactly help their own cause. In the 12 games against those above-average teams, they went 4-8. A series against the Mets provided some relief, but not much; they still finished 6-9.

For practical purposes, the damage to the Indians’ playoff hopes was minimal. On August 26, before the onslaught, the Indians held a .546 winning percentage and found themselves two games behind Oakland for the final wild-card spot. Now? They come in at .531, but are just 1½ games out of the wild-card race. They have Tampa Bay to thank for that; the Rays’ 4-13 slide over a similar period has kept a number of teams hopeful, including the Yankees, Orioles, and Royals. All the Indians really lost was time.

The good news for Cleveland is that the difficult stretch is over. There are 17 games left on the Indians’ schedule, and aside from a three-game stand in Kansas City, the remaining teams are a gift from the baseball gods. It’s practically the reverse of what they just endured — whereas the only solace in the previous 15-game stretch was the Mets series, the Royals represent the only hardship between now and the end of the season. The rest reads like a wish list: White Sox (six games), Astros (four games), Twins (four games).

The question is, how many games can they expect to win from the remainder?

(Fair warning — the following exercise is intended purely for speculation and fun, and almost certainly has no bearing on how the season plays out because of the volatility of actual life and several factors we’ll be blatantly ignoring. There are inherent flaws, folks. You’ve been warned, and may now proceed to become angry anyway.)

Let’s run a quick simulation, and let’s ignore all elements but the records. If we multiply the win-loss record of each team left on the Indians’ schedule by the number of games Cleveland has yet to play against them, we get this cumulative opponent win-loss record: 1,031-1,437.

That’s a winning percentage of .418, which would make this theoretical conglomerate the fourth-worst team in baseball. That means a perfectly average team (or something close to it) could expect to win about 58 percent of its remaining games against that combination team, which would make them the fifth-best team in baseball. But, as we know, Cleveland is above-average, with a winning percentage of .531. So what percentage of games can the Indians expect to win? Well, assuming roughly common opponents, we have recourse to a Bill James log5 method formula (as fun as it sounds) for estimating one-game winning percentages. Check that link if you’re curious on the specifics, and note that even though it’s best used just for fun in baseball, it’s almost completely useless in other sports with smaller sample sizes and more divergent records.

Anyway, the answer for Cleveland is … a winning percentage of .612. When you consider that there are 17 games left in the season, and apply that wining percentage to the overall total, the Indians should be expected to win 10 of the remaining games (10.404, actually, but for this experiment we’ll round to the closest game), finishing with a record of 87-75 and a .537 winning percentage.

So how does that compare with the rest of the wild-card hopefuls? Let’s give Texas the benefit of the doubt and assume it won’t collapse. I’m also going to skip the Royals, because the eye test tells us that remaining series against Cleveland, Texas, and Detroit mean their schedule is tougher than Cleveland’s, and they’re already behind. Let’s focus instead on the three teams Cleveland has to catch for the final wild-card spot: the Rays, Yankees, and Orioles.

By those numbers, the wild-card standings for the final spot would look like this:

Unfortunately for Cleveland in that crazy three-way tie scenario, they have a losing record against both the Yankees and Rays, and so would have to beat both teams in a single elimination game consecutively just to have a chance to face Texas in the wild-card game just to advance to face Boston in the divisional round.

But hey, that’s kind of like being in the playoffs, right?? RIGHT???

Obviously, there are a few tiny things this little exercise didn’t take into account, such as recent play, pitching matchups, homefield advantage, injuries, and probably a few hundred other intangibles you could name. But when you just look at strength of schedule, the Indians have a distinct advantage that — hell, who knows? — could prove decisive.

Now let’s just hope their city doesn’t have a history of letting its fans down.