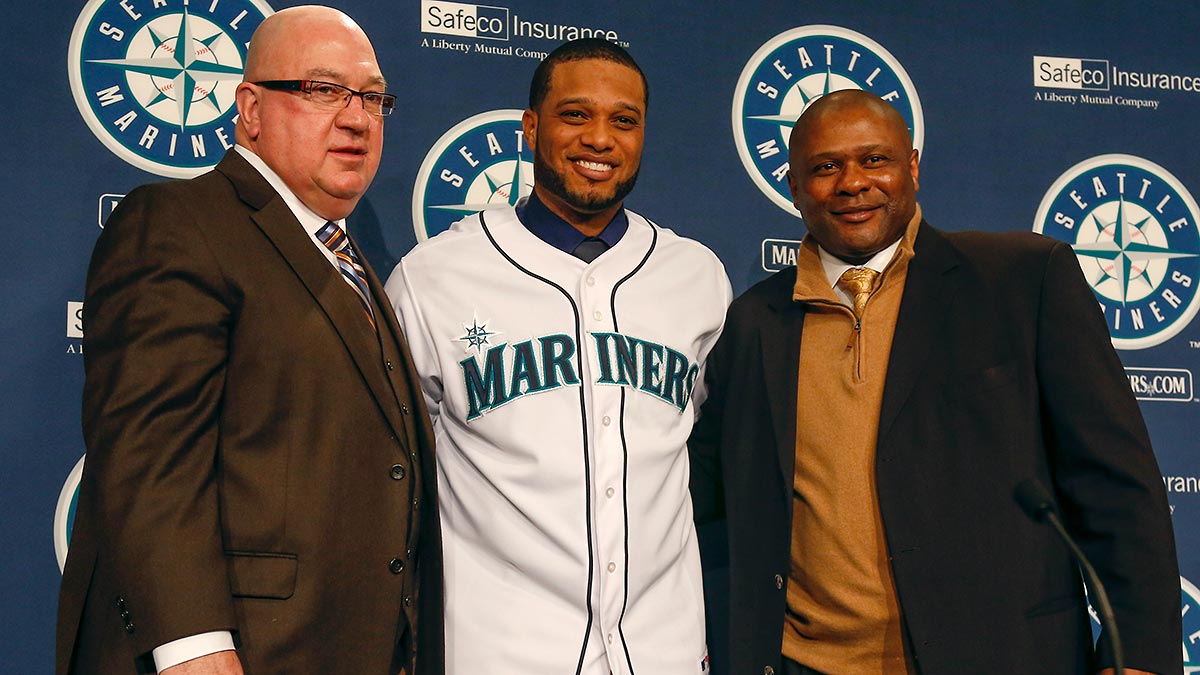 I don’t have a specific dream job. Whenever someone asks what my dream job is, I say, “A sinecure.” I want a job for which I’m paid handsomely and from which I won’t be fired for either of the related workplace sins of doing nothing or doing something, and leaving behind the kind of destruction one would ordinarily see when a ship carrying bombs runs into a bridge by accident.

Which brings us to GM Jack Zduriencik, to whom the Mariners handed a multiyear extension on Tuesday. Zduriencik took over the Mariners after their 61-win 2008 season and was hailed as a man who’d synthesize the best of scouting and analytics, back when we thought those two were at odds. In 2009, Seattle won 85 games. That offseason, he traded for Cliff Lee, signed Chone Figgins, and attempted to assemble the greatest run-prevention team ever constructed by man. The Mariners became that season’s sexy sleeper — I was convinced they’d win the division — and FanGraphs ranked Seattle sixth in its organizational rankings. (Go search the #6org hashtag on Twitter. Dave Cameron could ride a unicycle around the Washington Monument while wearing a Drax the Destroyer costume and playing “Don’t Stop Believin’” on the saxophone and he’d still live that down before #6org.)

Anyway, Lee finished 20101 with the second-best K/BB ratio ever, Felix Hernandez won the Cy Young, and the Mariners still lost 101 games because they scored fewer runs than any team that’s ever used the DH.

From Opening Day 2010 to Opening Day 2014, the Mariners were Seattle’s most embarrassing disaster since the ferry crash on Grey’s Anatomy, and people stopped asking if Zduriencik would lose his job and started asking when.

The low point came in December 2013, when Geoff Baker wrote a story for the Seattle Times that depicted Zduriencik’s front office as having the distinct flavor of Moscow in August 1991. Yet Zduriencik remained at the helm, acquired about 30 1B/DH types this offseason, and rolled into 2014.

And the Mariners are currently in playoff position, with a half-game lead over Detroit for the second American League wild-card spot thanks largely to the run prevention they’d expected to get in 2010 and the second-best run differential in baseball. In the span of mere months, Zduriencik went from public unrest to job security.

What, exactly, transpired in the meantime? My first impulse was to say something like this:

So.. what did the Mariners do this year other than "have a HOF pitcher" and "use a ton of money to sign a HOF hitter" ?

What, indeed? Well, Zduriencik has done a couple of other things. He hired Lloyd McClendon, a pedestrian tactical manager whose temper tantrums make him a logical successor to Lou Piniella’s throne. He signed Fernando Rodney, who’s a great closer, but adding a great closer to a bad team is like adding great shoes to a bad basketball player. He signed Chris Young, who’s been a surprising success in the rotation, but who feels like he’s been out of baseball completely at least five times.

And it’s worked. Every trivial or misguided move has hit for Seattle this season, for which some of the credit should go to Zduriencik and some to the forces of universal chaos that could lead to Young starting a playoff game in 2014.

Perhaps more in Zduriencik’s control are some of the moves he made years ago that are just starting to pay off now. Here’s a partial list of amateur free agents and draft picks from Zduriencik’s front office who are either making their first major league impact or producing at a much higher level this year than in the past: Kyle Seager, Roenis Elias, Mike Zunino, Dustin Ackley, James Paxton, and Dominic Leone. Zduriencik also filled a gaping hole in center field by insinuating himself into the David Price trade and coming home with Austin Jackson in exchange an infielder he couldn’t use.

For those and whatever other reasons, it’s been a good year for Zduriencik, but that shouldn’t convince anyone he’s an above-average GM, particularly in the wake of the four seasons that preceded it. As Ben Lindbergh wrote in March, a big league GM’s job has become a sinecure of sorts. Somehow, general managers now have as much job security as kings and Supreme Court justices.

That’s the only reason Zduriencik survived long enough to pull off this rebuild, which take forever in baseball. This isn’t the NFL, where a good draft class can turn a team around in a season, and Seattle is just now benefiting from moves Zduriencik made in 2009.

I really don’t know what that says about it taking so long to fire losing executives; are fans and writers too impatient with the process, or are GMs taking advantage of the length of the rebuilding process while their teams languish? Are clubs and analysts both too focused on making decisions based on the present, instead of two or three years down the line?

If I knew those answers, I’d probably have weaseled my way into one of these jobs by now. What I do know, however, is that even after a successful 2014, locking up Zduriencik long-term still feels weird.