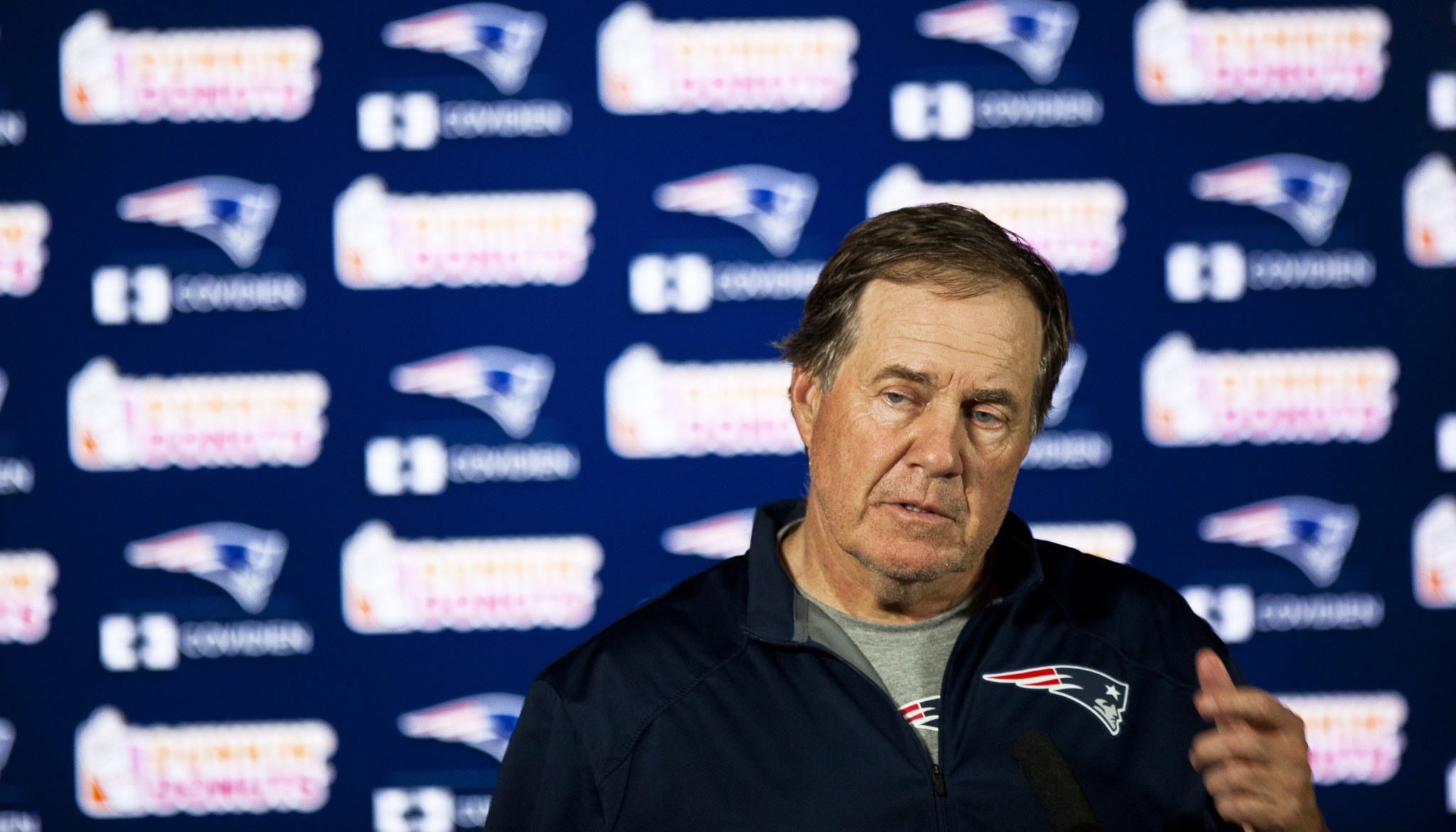 The Logan Mankins trade was so Patriots, it was almost too Patriots. A six-time Pro Bowler for a fourth-round pick and a tight end from Rutgers. God. It was raw and uncut Belichick, injected straight into our heart. Any team getting rid of a player like Mankins would have been surprising this summer. But a week before the season? That’s what it makes it so Belichick.

If any other coach facing questions on the offensive line — the retirement of wizard coach Dante Scarnecchia, questions between the tackles — decided to do this a week before the season started, there would be all kinds of backlash. Right? Pete Carroll, Jim Harbaugh, Sean Payton — we’d all do a double take. Only Bill Belichick could gamble like this and actually come away looking smart.

But here we are.

What few wanted to admit was Mankins' play had slipped the past few years. This is BB selling high.

I won’t pretend to be an offensive line expert — that’s Mays’s department — but it seems like this trade puts a lot of pressure on a younger core to stay healthy and produce. Mankins was proven. He was making a ton of money, and he gave up eight sacks over the second half of the season last year, but he was still an above-average piece of a position group in which stability matters.

Tim Wright, the tight end they got for Mankins along with a fourth-round pick, might help the Patriots some in the passing game. We’ll see. The Patriots should be fine regardless. They have Tom Brady, they have a defense that should be even better with Darrelle Revis, and they play in the AFC East, a division that’s been awful for the better part of a decade.

They also have Belichick. He was voted the best coach in football in a new poll from ESPN’s Mike Sando, and he’s occupied that spot for most of the last 10 years, at least. As one GM told Sando, “The most important thing to me is the ability to control the offense, the defense and the special teams. You can change and you can coach multiple things and you have the ability to teach almost every position group. Then you can lose any coach you want and replace from within because the head coach is the talent. Belichick is the ultimate model of that.”

But there’s a difference between Belichick the coach — king of maximizing his personnel and pulling together 13-win seasons every year — and Belichick the GM — king of of getting rid of key personnel, staying flexible for the future, and putting more pressure on his team in the short term.

One day we might make a distinction between the two when we talk about how to remember him. Especially if we look back at a team that won three Super Bowls in four years and stayed near the top, but never won another title while they got rid of key players every year, relying on a bunch of spare parts to the machine going. (Remember Reche Caldwell in the 2006 AFC title game?)

The real reason this happened now came to light Wednesday.

Why did #Patriots end up dealing Pro Bowl G Logan Mankins? They asked him to take a pay cut. He refused (as you’d expect). Became available

It’s just another contract renegotiation that didn’t work. The same thing that happened with Randy Moss a few years ago, or last summer when they played hardball with Wes Welker. This time they were going after a pay cut for a player who played on a torn ACL in 2011, and already got “leveraged to a hilt” by New England in 2010. This happens every single year with the Patriots. They clear off more expensive proven players to take their chances with the replacements they plug in. It’s all about staying flexible for next year.

The Patriots are compared to the Spurs so often that they can sometimes feel like twin franchises, but that’s not quite right. Imagine if the Spurs got rid of a key player around Tim Duncan/Tom Brady before every season. Or better yet, imagine Belichick running the Spurs. Is there any chance in the world he would’ve kept Manu Ginobili and Tony Parker all those years they didn’t win?

Of course not. He would’ve “sold high.” He always sells high.

He always stays good, obviously, because he’s a great coach with a great quarterback in a bad division. Belichick’s great at maxing out a roster full of holes, a magic trick that makes everyone forget he was the one putting together the roster. Then in the playoffs, Tom Brady’s stuck with fewer proven stars around him as he gets older and his window closes, and we all wonder why the Patriots keep getting so close without winning at the end.

The Mankins trade doesn’t make or break anything — the Patriots probably win 12 or 13 games regardless — but Tuesday was perfect GM Belichick. And so was the reaction from everyone in the football world. This sounds crazy, but actually …

No, at some point, all this gets stupid.

The Patriots have one of the two best teams in the AFC and a 37-year-old quarterback; it makes no sense to cast off a key starter on offense this year just to stay flexible for next year. But this is the annual tradition now, and they keep winning division titles. It’s the Patriot Way. And maybe that’s how the coach and GM will make sense in the end. The best thing you can say about Belichick as a coach is that we almost never notice how crazy he is as a GM.