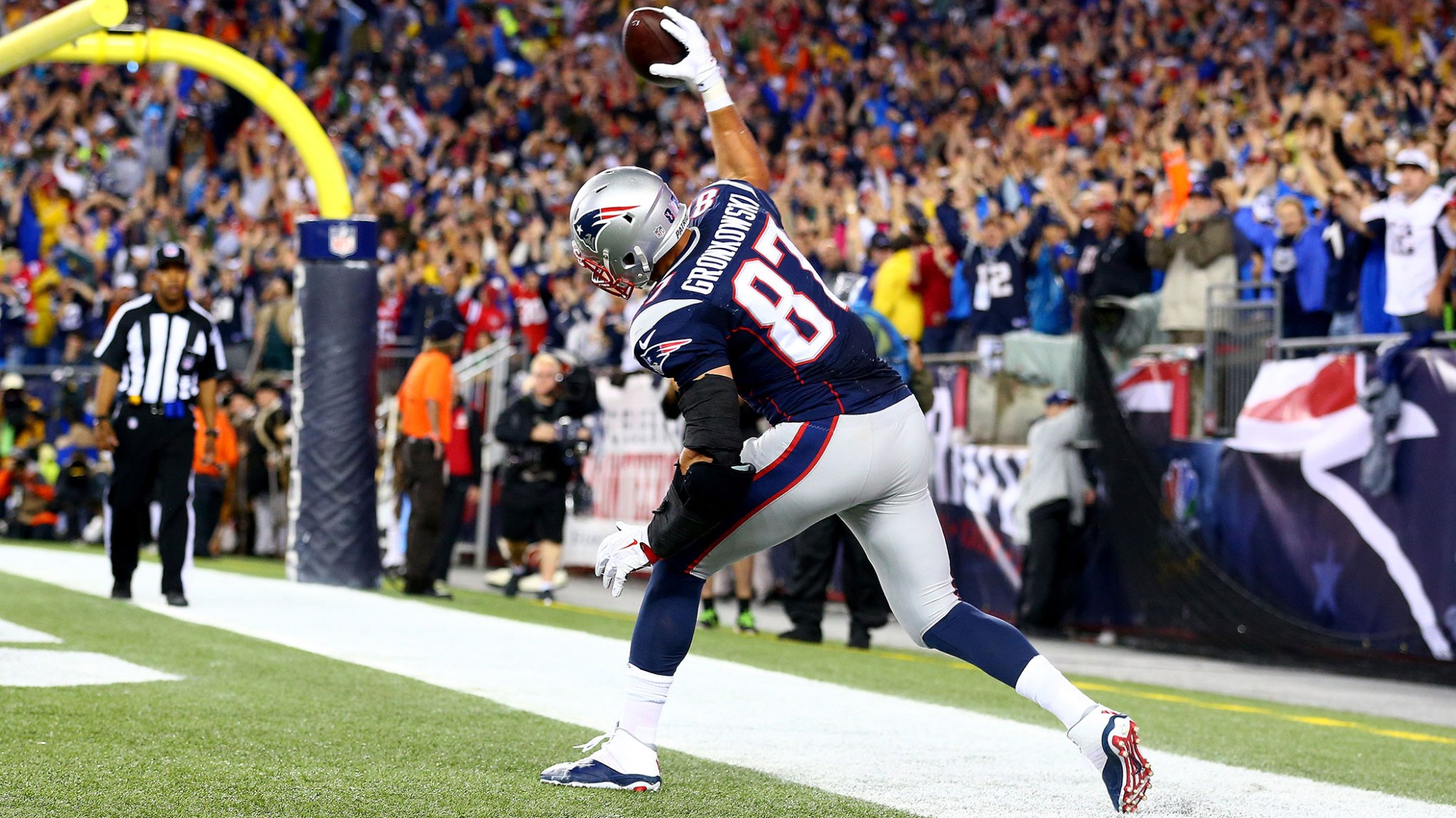 As the rain eased up in the moments before last night’s kickoff, an orchestra began to play. One by one, Robert Kraft and some former Patriots players paraded their four Lombardi trophies to a podium near the 50-yard line, but the first few notes of music they walked out to were so on the nose that it took a few seconds to believe what we were hearing. It was the start of “O Fortuna,” the final movement from Carl Orff’s Carmina Burana — which doubles as the sample in Nas’s “Hate Me Now.” After what happened last night against the Steelers, the rest of the league is sure to oblige.

At some point during the first half of New England’s 28-21 win, the NBC broadcast noted that the Steelers coaching staff was unable to communicate because they were hearing the Patriots’ radio coverage through their headsets. Mike Tomlin confirmed as much in his postgame interview. Issues in New England? “That’s always the case,” Tomlin told reporters.

Of course, the timing isn’t ideal, just two days removed from an Outside the Lines report detailing nefarious past behavior from Bill Belichick and the Patriots that seemed to have no limit. For his part, Belichick pleaded ignorance after the game. “We never get that answer,” Belichick said of the communication issues. “They just try to fix it, and they tell you it’s up or down or whatever. I don’t know. That’s not really a very strong area for me, is technology.”

The NFL, and not the home team, is responsible for the headsets used during a game, but that will do little to curb speculation. One week into the season, the Patriots are already at the center of another controversy, real or imagined. The only part of last night that was more classically New England? How thoroughly the Patriots dispatched a familiar rival. 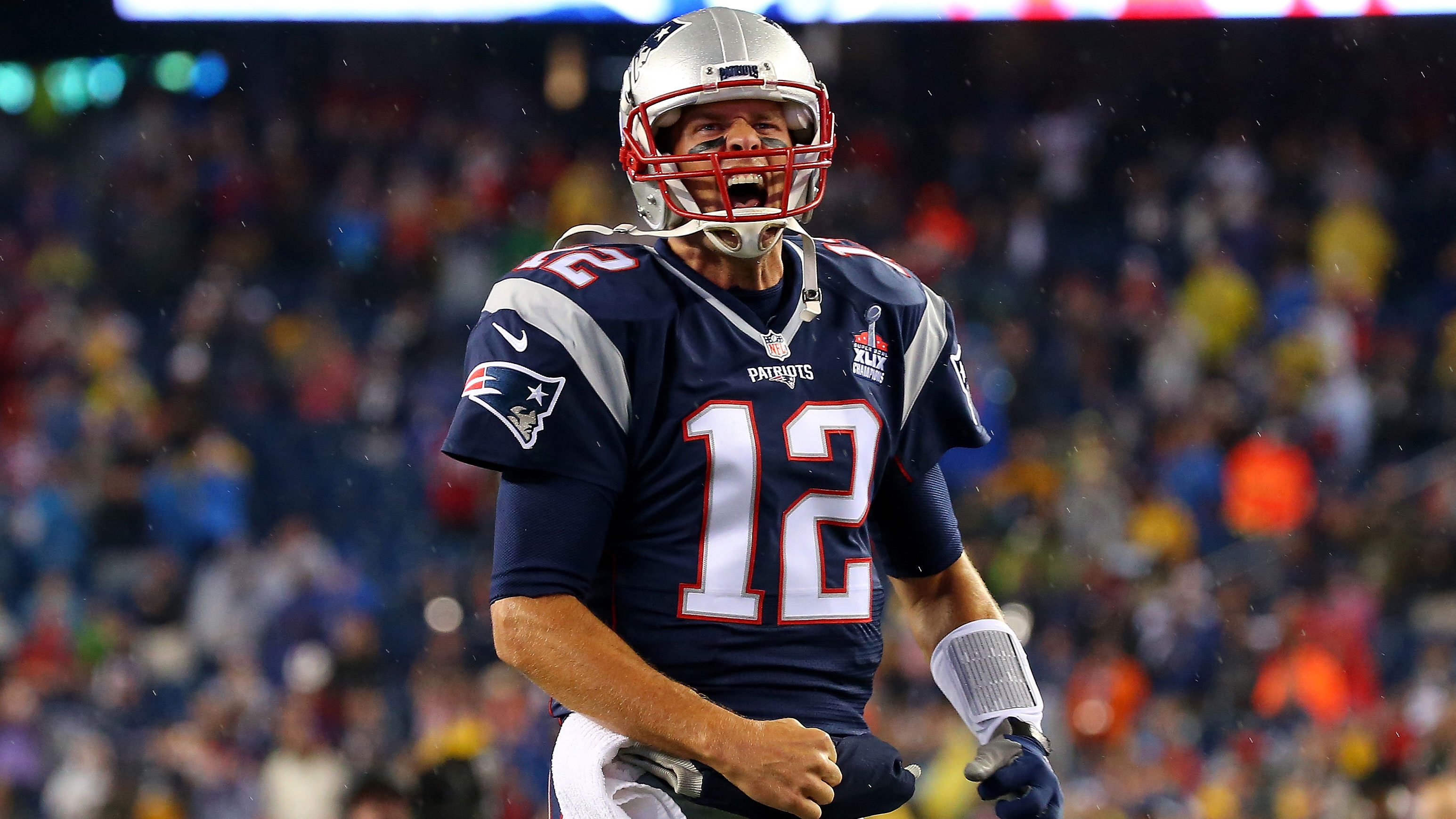 Yes, he was facing a Pittsburgh defense that looks like it will be hapless for the second year running, but Brady was masterful. At one point, he completed a franchise-record 19 straight passes. That streak eventually ended, but on the night, Brady completed 25 of 32 passes for 288 yards and four scores. More than once, the Gillette crowd broke into chants of the quarterback’s name. And Brady called it “a pretty special night” … before following that thought with five or six banalities. It was special, but so is every night.

In a way, yesterday’s win was an exercise in the same sort of methodical, system-first efficiency that’s defined New England during the Brady and Belichick era. The Patriots’ starting running back was a 5-foot-8 former fifth-round pick who didn’t carry the ball once over the past two seasons. And yet, Dion Lewis finished with 120 total yards, including 69 on 15 carries. Two rookies — undrafted free-agent center David Andrews and fourth-round pick Tre’ Jackson — started on the interior of the offensive line, but it was veteran Nate Solder who struggled and was eventually sent to the bench in favor of Marcus Cannon. As always, Julian Edelman hauled in Julian Edelman–like receptions.

However, every good Patriots team also has at least one of those game-breaking elements you’d never call “methodical.” With this group, it’s the spiky-haired giant who plays tight end.

Earlier this week, the Steelers laid out a plan for slowing down Rob Gronkowski. “You just have to jam him up a little bit, mess with his timing,” Steelers linebacker Ryan Shazier told ESPN.com’s Jeremy Fowler. “If you mess up their timing, they are really time-oriented. You have to mess up their timing and get in his face with pressure, then I feel we can slow him down a little bit.”

That plan worked … for little more than a quarter. Early in the second, Brady followed a completion to Gronkowski down the seam with a quick toss to him on the outside. The Steelers failed to cover the world’s best tight end out wide, and after shrugging off a tackler, Gronkowski barreled into the end zone for the first of his three scores.

Gronkowski claims he was still “a bit rusty” after not playing during the preseason, and that should be a horrifying notion for the rest of the league. The Steelers defense was a mess last night, but even when they remembered to cover him, there was little they could do to slow him down. At this point, even when teams know the Patriots are going to force-feed their touchdown monster near the goal line, the anticipation doesn’t help. The second score was a simple pop pass off play-action that saw Gronkowski just reach over a linebacker and snatch the ball away in the back of the end zone. His third was a fade into the left corner against poor, overmatched linebacker Terence Garvin. There’s simply no answer for Gronkowski down there, and New England knows it.

The inevitability of what happens when the ball floats to Gronkowski in the end zone does nothing to take away from how remarkable it is to see. His size and physicality make it easy to overlook the hulking grace he displays in that area of the field. The exactness of movement and footwork required to precisely operate in such a small space is normally reserved for players 50 pounds lighter. Gronkowski’s among the most unusual offensive weapons the league has ever seen.

“Our red area offense was … good,” Belichick said after the game, making four touchdowns in four trips sound routine in the way only he can. Among the standard compendium of platitudes he issued last night, Belichick talked about the need to improve. And there’s certainly room for it. Solder’s play was worrisome, and against a team with some semblance of a pass rush, the Patriots offensive line might have been more exposed than it was last night. On the other side of the ball, New England’s pass rush was nowhere to be found, and 2014 first-round pick Dominique Easley, who missed most of his rookie year recovering from a torn ACL suffered in college, left the game early with a hip injury. Without Vince Wilfork on the inside, the questions about who holds down the middle of New England’s defense remain warranted, thanks to DeAngelo Williams’s 127 yards on the ground last night.

In comparison to what the defending champions displayed as a whole, though, those are all small problems. No one expected anything less than excellence from Brady in the wake of this offseason, and unsurprisingly, he and Gronkowski and Edelman delivered in the relentless way they so often do.

The chatter about footballs and low-level subterfuge isn’t likely to settle after what took place last night, but if Kraft can keep unfurling banners while dancing to T-Pain and holding a silver trophy in his right hand, the Patriots likely won’t care. Plenty of fans, opposing coaches, and opposing players will take up the orchestra’s offer: They’ll keep hating New England, because the Patriots won’t be changing any time soon.