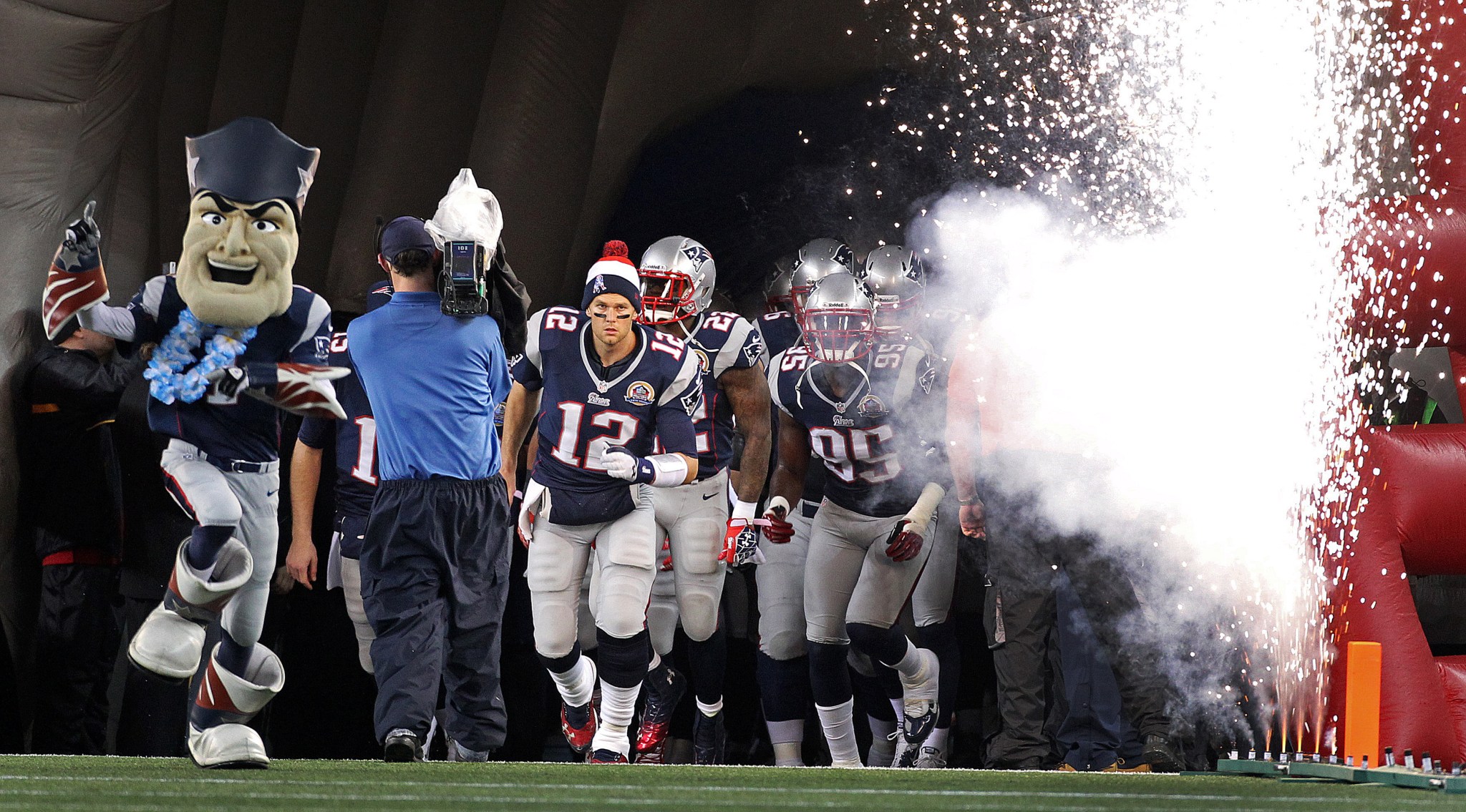 Thursday night. Foxborough. Brady. Belichick. Roger Goodell in hiding. NBC. Prime time. The most ridiculous sport on earth is BACK.

Allow me to be the 8,000th person to predict that tonight’s game will have some of the highest ratings in history, precisely because of how disastrously the NFL handled this offseason. As you know, this is the fundamental genius of the NFL’s booming business: The more everyone yells about what a mess this sport has become, the closer we watch to see what happens next and the richer the league gets.

I can’t wait to be part of it all over again, and that isn’t sarcasm. The rest of our entertainment options are too boring, and if we’re going to be inundated with NFL news all year round, we might as well have some highlights sprinkled in, as well. I’ve already got plans to watch games with three different sets of friends in Week 1. It’ll be great.

As for the central absurdity of the NFL, I’ve been trying to process all that for the better part of the past five years. Every new season starts with me talking myself in circles, trying to justify the balance between the obviously unhealthy aspects of pro football and the equally obvious reality that I’m going to keep watching anyway. But that’s become a futile, endless back-and-forth. Plus, if this offseason proved anything, it’s that the NFL doesn’t deserve to be taken that seriously.

This isn’t even really a sport anymore. Games are just a pretext for a never-ending cycle of scandals that are both unbelievable and not all that surprising. One week, according to police, it’s a superstar in a Bentley going 143 mph in a police chase that involves a gun, weed, and a 12-year-old kid. The next, according to an arrest report, it’s a coach on vacation, threatening to kill someone’s family over beach chairs. Then it’s a wife of a team GM going on Twitter to accost a local reporter, and then it’s a judge mocking the league’s idea of justice in federal court. Every new breaking-news item is either infuriating or disturbing or hilarious, and sometimes it’s all of the above. The NFL is the sports answer to Donald Trump’s presidential campaign.

It’s tempting to pin the state of this league on Goodell. He makes it so, so easy. He’s the elephant in the room, and the bull in the china shop, and the dead horse that somehow keeps finding new ways to get beaten.

I don’t know if there’s ever been a public figure who’s been this utterly charmless. On Mike & Mike this week, they asked him why he was skipping tonight’s season opener. Rather than showing an ounce of self-deprecating humor — “I think we can all agree that’s not a great idea,” etc. — or at least pointing out that his presence would be a distraction, he explained that he’d been to New England twice during last year’s playoffs, and that’s why he won’t be there tonight. It was amazing.

Under his watch, the NFL has gone from the most popular game in America to a league determined to test the limits of its popularity about once a month. Goodell operates with a combination of arrogance and incompetence that will be his legacy. Deflategate was a perfect case study: He didn’t just overstep his power once the news broke; his office permitted the Colts to essentially run a sting operation in an NFL playoff game to create that scandal in the first place. So, sure, Goodell deserves some blame.

The bigger problem is that pro football isn’t built to handle life amid 21st-century media without looking like the biggest carnival that American sports has to offer. It fosters a crazed culture and inspires crazy news, all while ignoring crazy consequences for even its best players. It’s probably always been this way, but the general recklessness has become less socially acceptable as the league’s popularity and exposure has made it impossible to hide the truth.

Whether the latest news makes you outraged or not, it makes it impossible for anyone to buy into whatever grand ideals this sport is selling. Whereas the rise of the Internet has made a league like the NBA more accessible and rendered its stars more enjoyable than ever, today’s media landscape does the opposite for football. The league still wants to sell us the NFL Films mythology, but actual football news debunks that on a daily basis.

Blame Goodell all you want, but his rise to power coincided with the rise of new media. Sometime soon, everyone will get their wish and he will move on. Will the NFL suddenly become a league we can all celebrate? 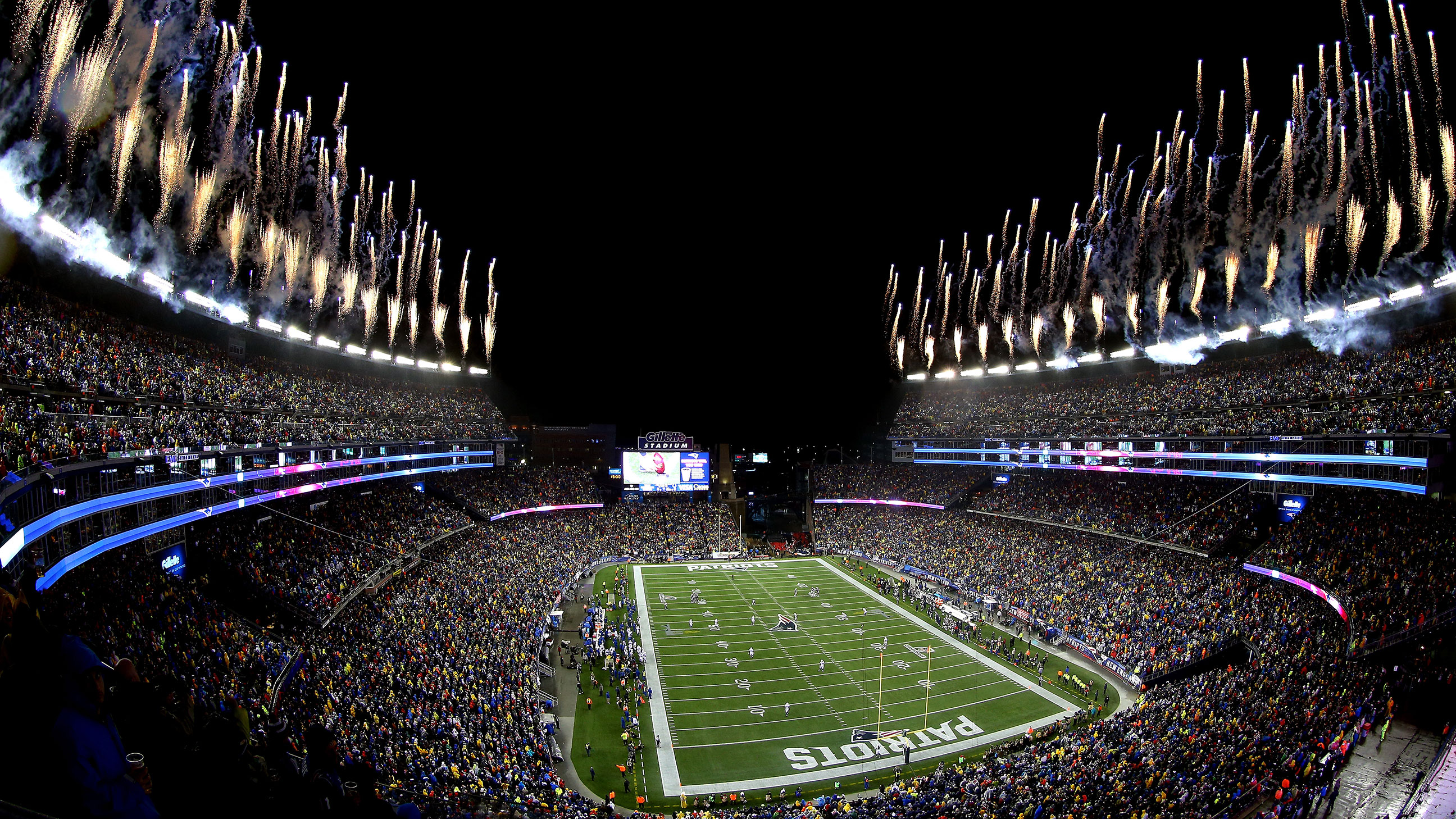 Of course, everyone will still watch. I’ll write about the NFL all year, fans will continue reading about it, and this will continue indefinitely. No matter what happens, the TV contracts are signed and the ratings are still worlds better than anything else on TV. The foundation of this league is stronger than ever.

Enjoying something isn’t the same as respecting it, though, and strength is a little different than health. Football players prove that better than anyone. The reality of the game changes people, and after five years of year-round scandals, it’s changed the way I follow it.

Football today feels like a nationally televised version of boxing. No matter how sketchy the context or characters become, people will tune in. You can’t beat the experience of watching a big-time fight with friends and enjoying all the insanity that comes with it. The gambling, the trash talk, the anticipation, the characters — it’s worth scheduling a night around. But not many people are still tuning in to pay respect to the sweet science. Even players understand this.

“I think we’re talking about a different NFL now,” Browns Pro Bowler Joe Thomas said in August. “Before it was more about the game. Now it’s such an entertainment business. … It’s turning into the WWE really.”

Right. This is boxing’s stakes with pro wrestling story lines. The realities of the NFL and the media that cover it will make it impossible to respect this sport in the 21st century. The smarter move is to just enjoy the chaos: It took five days after Deflategate for the NFL and the Patriots to be embarrassed all over again. In a few weeks or months it will be something else, with more calls for Goodell’s job, more think pieces, more everything.

Personally, I want Tom Brady to throw for 600 yards tonight, and then continue that pace all year. Whether or not he’s innocent, nothing would make me happier than him following this ridiculous summer with another Super Bowl run. Because at this point, why not?

Let’s see how crazy this gets.