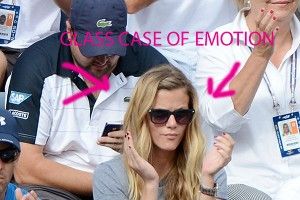 Chris: Rem, when it comes to watching tennis, Brooklyn Decker is the greatest. She’s Alexander. She’s Sonny Liston. She’s Jack Dempsey. There’s no one like her. Her style is impetuous, her defense is impregnable, she’s ferocious. She has our heart. I think she wants to eat our children.

Chris: Initially, I was a little put off by the repeated shots of Decker during yesterday’s match between Andy Roddick and Juan Martin del Potro. It’s not like during the climax of Battleship, Roddick comes running across the screen and smashes down a lob, right? So it was a little weird that during his final bow at the U.S. Open on Wednesday, all eyes were trained on Brooklyn. But the more the cameras cut to Brooklyn, the more it went from the perfunctory shot of an athlete’s loved one to … an Ingmar Bergman movie. And a really good one! Brooklyn Decker came here to watch tennis and cry. And she’s all out of tennis.

Rembert: I like the direction this is going. It’s almost as if, instead of talking about the retirement of the best American men’s tennis player of the post-Agassi/Sampras era, we’re going to focus entirely on his wife, whom Andy is rudely taking away from us. It seems like that’s what’s about to happen. Right now. 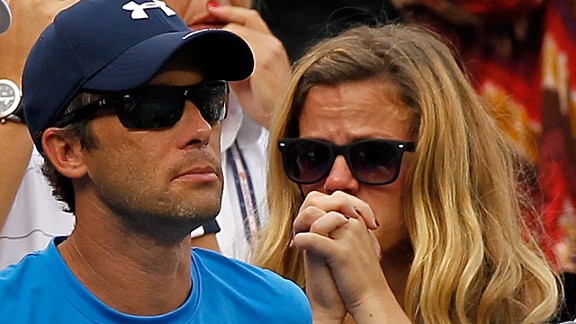 Chris: The flying nun right here. This one is probably the most melodramatic of the bunch. Here’s what you have to know about Brooklyn Decker’s courtside emotions. THEY ARE LEGION. This is perhaps the most severe.

Rembert: While I’m truly moved by the raw emotion her forehead exudes, I need more proof that those are actually Brooklyn Decker’s hands. 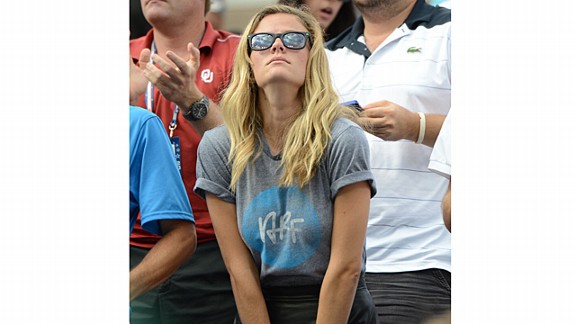 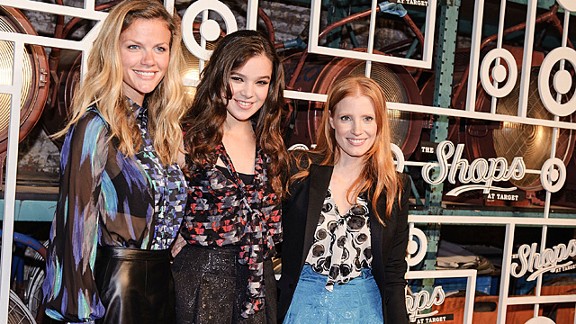 Day to night. Salute her or shoot her.

Rembert: I don’t know if you’ve ever had to mourn for your man and attend a Target party on the same day, but it’s one of the more challenging tasks to undertake. She’s the definition of Ryde or Die, for Andy and, of course, for Mossimo.

1. We Come Into This World Alone, We Leave It Alone 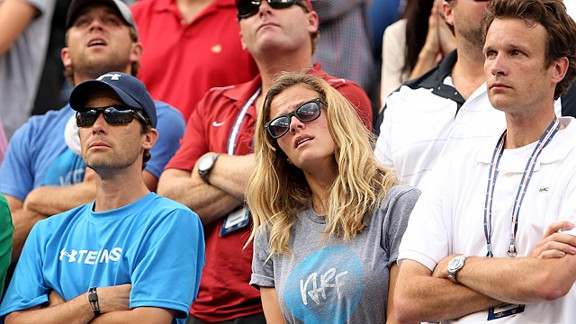 Chris: Here’s the thing. When I die, I want people to laugh, not cry. So now that Brooklyn Decker, professional spectator, is gone from our lives, let’s not remember her as a mourning tennis bride, but rather as a joyful lover of the game. A wearer of SWAGGED THE F OUT jean vests: 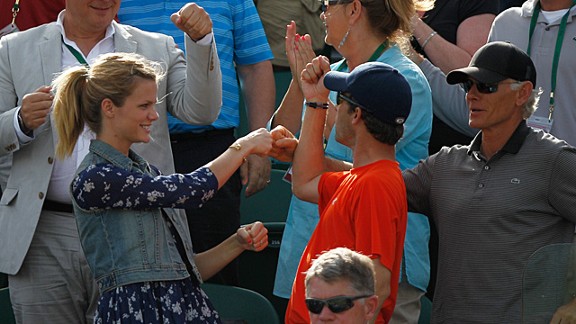 Rembert: While her box seat highness will be truly missed, I am very excited for her to finally meet Andy Roddick. She’s waited long enough.