Real Madrid Might Own La Liga, But They Belong to Barca 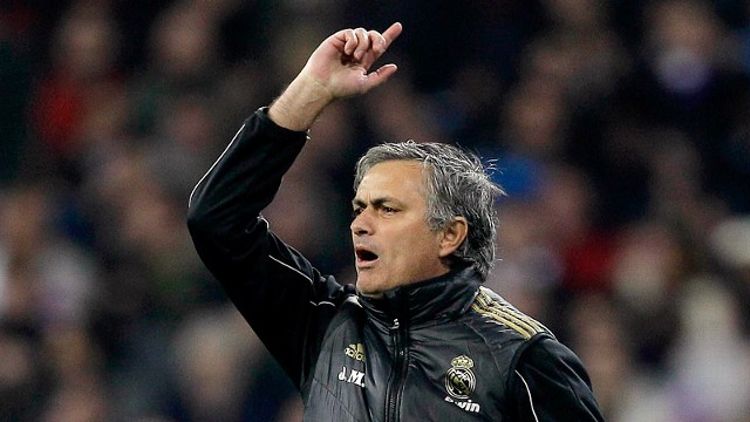 Jose Mourinho has pulled off some pretty impressive feats in his time — winning the Champions League with both Inter Milan and Porto, going unbeaten at home for 60 games as boss of Chelsea — but perhaps the greatest trick he’s ever pulled was getting his Real Madrid team to ignore Barcelona. And this season, that trick has worked. Almost. Because Wednesday in Madrid, in the first leg of the Copa Del Rey quarterfinals, Barcelona, despite Mourinho’s best efforts, simply would not be ignored.

Now, it’s not like Mourinho suspended the circulation of the Barcelona football daily, Sport, in Madrid. And I doubt his Los Blancos players were forbidden from following Carles Puyol or Cesc Fabregas on Twitter. When I say ignore, I mean in a more philosophical way. In the last nine matches between the two clubs, going back to last season and including last night’s showdown, Madrid has won once. Barcelona is better than Madrid. That’s a proven fact. Mourinho is trying to test just how much that fact matters.

Wednesday night Madrid went up a goal, early, courtesy of a lacerating Cristiano Ronaldo strike. But as time wore on, as Barca passed and passed and passed, as the minimal amount of supply to Ronaldo and Gonzalo Higuain dried up and Madrid’s midfielders (with exception of Xabi Alonso) reverted to kicking and stomping Barca players (when Pepe nearly broke Messi’s hand with his cleat, it prompted no less of an authority than Wayne Rooney to call him “an idiot”), Mourinho’s men looked like they always look against Barcelona: defeated with a healthy side of tormented.

Barca scored an equalizer from an atypical set piece (Puyol header) and a grabbed their winner from a typically path-finding Lionel Messi pass to Eric Abidal. It was all over, save the “thanks for stopping by” lawnmower tackles, courtesy of Alonso and Sergio Ramos.

Perhaps it’s because of the sheer amount of matches we’ve seen between the two clubs, but there was a degree of disinterest from the Madrid players and fans this time. It was as if, despite winning the Copa Del Rey last year, they were saying, “Let’s get this over with.”

This Madrid team seems constructed to do everything but beat Barcelona. It’s largely the same Madrid squad as last season, with a few helpful additions, such as Fabio Coentrao and a healthy Kaka. What’s different is that this Los Blancos team seems calibrated to take care of all non-Clasico business.

Real Madrid are 15-1-2 in La Liga. Their two losses? A fluke to Levante and, of course, a loss to Barcelona. Otherwise, Real Madrid has torn through the Spanish top flight like a well-oiled, well-drilled, pragmatic group of footballing cyborgs. Or, more accurately, they look like a Jose Mourinho team.

Madrid have scored five against Granada, and six against Sevilla and Rayo Vallecano, netting the most goals in the league. Where their Catalan rivals have drawn five, sometimes letting their foot off the gas of their one-of-a-kind footballing machine, Real have been dependably free of mercy. Where Barca seem to lack depth, relying on kids and waiting for David Villa to return from injury, Madrid have no end of high-priced, high-octane talent. They are five points clear of Barcelona. Even if they lost El Clasico in April, they can still win the league.

If that comes to pass, Real Madrid (and football) fans will be confronted with an interesting question: Can you be the best team in Spain without being better than Barcelona?

Mourinho has often been described as brilliant (by himself and others). He’s also been called cynical. But were he to win La Liga this season, it would have to be considered his most brilliantly cynical act yet.

About Last Night: And on the Third Day, Tim Tebow ...

Is Yu Darvish Worth It?