Rays Keeping Up With the AL East Joneses 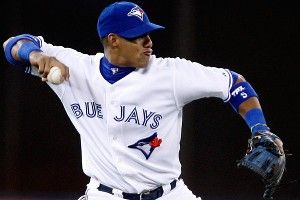 Camp out long enough at a hotel that combines Vegas’s artificial light and distorted perception of time with landscapes from Heart of Darkness and you’ll learn a valuable lesson: Fixating on a nativity scene with 612 characters or a Bio-Dome with faux-Venetian boat rides running through it isn’t enough. To fully grasp what’s going on, you need to see the whole picture.

So it is with the latest round of news and rumors here in Nashville. The Rays are one of several teams that’s made moves that could have significant implications for the rest of the roster, depending on how all the pieces fit.

The Loney and Escobar moves in particular come with plenty of red flags. Loney’s career line of .282/.339/.419 makes him one of the league’s worst regular first basemen with the stick. His 2012 was an unmitigated disaster, one that ended with a .249/.293/.336 mark and helped trigger a trade that would look absolutely, unexplainably horrific for any team other than the bottomless-walleted Dodgers. The 28-year-old Loney has at least been respectable against right-handed pitching, hitting .294/.351/.441 for his career — still disappointing power for a position that usually demands it. Taken on its own, the Loney pickup smacks of a team that’s reluctant to spend money for premium talent, to the disappointment of its fans.

Escobar’s career numbers look better compared to his positional cohorts at shortstop. But he’s another player coming off an ugly season, hitting just .253/.300/.344 in 2012, with career lows in walk rate, isolated power, and Wins Above Replacement. And that’s not even the ugliness that most people cite when discussing Escobar, who wore eye black displaying an anti-gay slur during a game in September after previously earning a ticket out of Atlanta for angering Braves decision-makers. Escobar’s career numbers look considerably better (.282/.353/.390) and his contract could be straight out of the Andrew Friedman playbook, with one year guaranteed remaining at $5 million, and two club options at the same price. Still, given the question marks with both performance and makeup, you could be excused for wondering if such a move is worth the hassle, in addition to a prospect who can’t handle playing shortstop everyday but has a future as a second baseman with a playable bat.

Taking a step back, though, it’s easier to see what the Rays are trying to do: Return to the elite defensive level that spearheaded their drive from worst to first in 2008. According to ESPN Stats & Info’s Mark Simon, Escobar ranks fifth among major league shortstop in Defensive Runs Saved over the past three seasons. Loney ranks fourth in that category among first basemen over the past two seasons. Evan Longoria’s prolonged 2012 DL stint, combined with the rest of the infield being in flux for much of the year and disappointing results from various fill-ins, led to a steep decline in team defense from recent levels. Moving Ben Zobrist off shortstop and into the utility-starter role at second base and right field in which he’s excelled in the past could bring additional defensive benefits.

All of this maneuvering might very well end poorly. Loney and Casey Kotchman might look like identical players, but there’s no guarantee the Rays score another .300 hitter the way they did with Kotchman’s lightning-in-a-bottle 2011 campaign. The team still needs a catcher to either split time with Jose Molina or possibly claim a bigger role. And the offense is still screaming for another big bat, where we’ll believe the rumor that the Rays will actually break from their pitching-hoarding ways to get an impact slugger when we see it. But there is a plan in place, one that could pay off if the rest of the team’s shopping ends with a bigger-ticket item or two.

More from the Winter Meetings:
• Outfielders a Hot Commodity in Nashville (12/5)