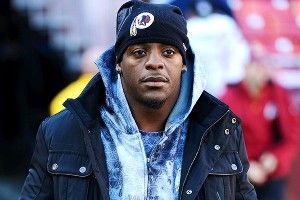 2. Fidel Castro, Past-His-Prime Lefty
We expect a tearful apology from Chuck Klosterman any day now. In Spanish. “His relationship to baseball remains eternal. All that is required is his lack of death!”

3. Harrison Barnes, Brand Falcon
Shane Ryan! “Chris, how about Harrison Barnes? After being criticized all around the Triangle area (and nationally) for focusing too much on his brand and not enough on basketball, he responded by designing his own iconic logo (middle picture, left). The Black Falcon soars on!”

4. Clayton Price Baker, The Thief of Amen Corner
Baker was arrested by police and charged with disorderly conduct after being caught stealing sand from Augusta National Golf Club. This prompted Louis Oosthuizen fanatic Michael Weinreb to pass along this old chestnut:

6. Brooklyn, on the Wagon
So it’s OK to have countless artesian, Deadwood-style saloons for hipsters where you can get boysenberry ginger beer fizzes, but people going to next season’s Brooklyn Nets games can’t get lit off $9 watery domestics? Have you SEEN the Nets play? You should be slammered from tip-off. You’ve changed, Brooklyn.

7. Brian Burke, Just Keep Talking Please
Sarah Larimer loves people who talk the talk: “There is no better quote in sports. Here’s Burke, when asked about the ‘Pittsburgh model’ and rebuilding: ‘They got a lottery. They won a god damn lottery and they got the best player in the game. Is that available to me? Should we do that? Should we ask the League to have a lottery this year, and maybe we pick first?’ he said. “The Pittsburgh model”? My ass.'”

8. Doug Collins, You Again
With the Sixers at the bottom of the Eastern Conference playoff hunt, Doug Collins has decided now is the time to remind everyone why he can usually only be tolerated by players for about three years: “It’s terrible, I mean, it really is hard. I honestly find myself during the games, looking at the assistant coaches going, ‘Was I all right with those guys during that timeout? Did I hurt anybody’s feelings?’”

10. Carmelo Anthony, Just When You Thought It Was Safe
Oh, hello there.