Bill Barnwell made this. 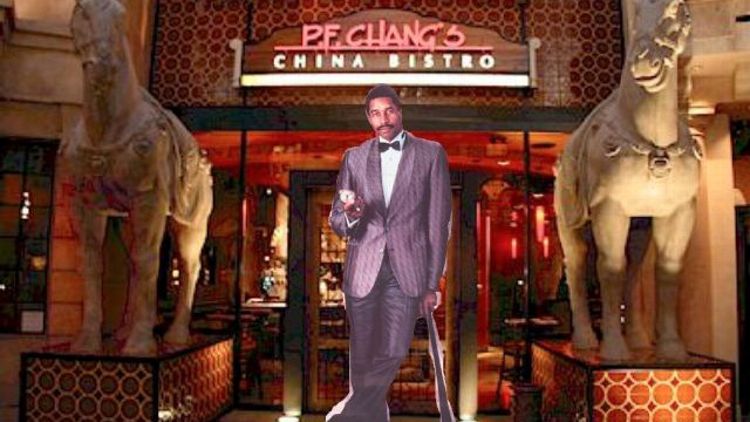 1. Dave Winfield
Bill Barnwell has respect for two kinds of people: those who work hard, and those who accept nothing but the best. I think Bill has fallen in love: “I think we need to honor Dave Winfield, he who would not go out and pick up Chinese food until the end of the Giants game and would not settle for any quality of Chinese food below P.F. Chang’s. Congratulations, Dave Winfield, on keeping your standards high.”

2. Sterling Moore, Stripper
Bill Simmons oddly chose this Patriots defensive back: “If Darrelle Revis or Nnamdi Asomugha had stripped Lee Evans a half-step away from Evans ruining their Super Bowl trip, and the play single-handedly swung the Super Bowl matchup, we would have spent two weeks before the game saying that it was the greatest play in the history of the position. It’s true and you know it.”

3. Michael Snaer, Exorcist
It’s really weird how Shane Ryan writes so passionately about college sports with no obvious allegiance to one program or another. “The Florida State villain who single-handedly (slight exaggeration) ended Duke’s 45-game winning streak at Cameron Indoor Stadium on Saturday. I will link you to the grainy video, because this event deserves to be treated like an assassination, or like a bizarre sex tape nobody but a real weirdo wants to see. It’s been two-plus years since the Blue Devils lost at home, which makes this play roughly equivalent to the Shire being overrun by Orcs. And yet, the media has treated it like an interesting sports story rather than a national tragedy. The only thing that would be worse is if Chris ranks this item anywhere but no 1. Come on, Rankonia, be the watchdog you were born to be!”

4. Michael Llodra, Not a Horse
From Brian “I’m Living on Australia Time, Brother” Phillips: “Michael Llodra, who, en route to losing 6-4, 6-2, 6-0 to Andy Murray at the Australian Open, somehow managed to push Murray into one of the most delirious and entertaining single games of tennis you will ever see. For that one game, it was like watching Seabiscuit hang with War Admiral, only if Seabiscuit lost in straight sets and War Admiral was a likable Scotsman.”

6. Ann Mara, Our Lady of Sonning Terry Bradshaw
Katie Baker nominates “the matriarch of our hearts.”

7. Babysitters of London
Sarah Larimer, defender of Mary Poppinses everywhere: “Yeah, you know what, Moms? Get a sitter. Your kid doesn’t want to be hanging from a Baby Bjorn during horse jumping anyway. Also, I can think of like a billion other items that he or she needs more than an expensive ticket to the Summer Games. Stand your ground, London Olympics committee! The War on Families continues!”

8. Detroit Area Buffet Establishments
Rembert Browne knows how to import from America: “If you think a new nine-year, $214 million contract with the Tigers will turn Prince Fielder into a frequent enjoyer of foie gras and baked Alaska, you’re dumb and insane. A more realistic scenario is whenever the Tigers lose, Prince goes to Sizzler by himself and spends $420 on a meal; when they win, Prince brings 50 people to Cici’s Pizza and drops $7,000; and if he hits a walk-off, Prince invites everyone in the stadium to join him at Golden Corral for a celebratory milkshake, spending $92,000 in the process. Economy, consider yourself fixed.”

9. Dwight Howard, Trolls Hard in the Paint
This dude said Kevin Garnett was 40. Applaud that.