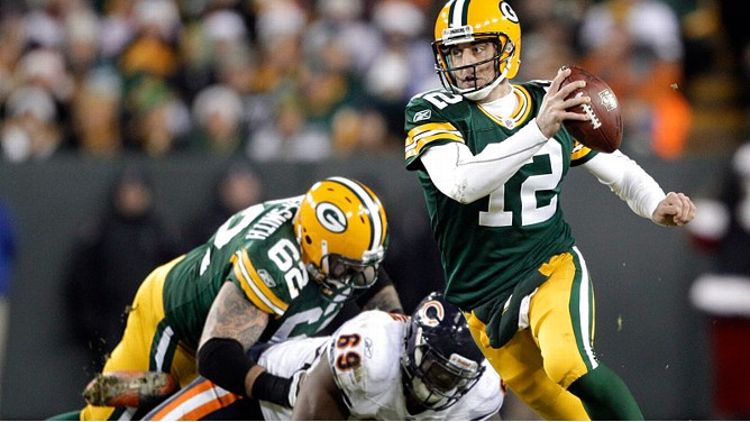 The Super Bowl is every sportsbook’s biggest day of the year. The throngs that travel to Vegas to wager on the Super Bowl usually end up throwing down a couple more bets, though, which is why the LVH (formerly Las Vegas Hilton) put up a rather interesting set of bets this past week. If Giants-Patriots seems too boring or easy to handicap, well, how do you feel about betting on next year’s Super Bowl?

That’s right: One full year away from Super Bowl XLVII, you can choose to bet on which teams will make it into or win the big game in New Orleans. You can even bet on a particular conference, with the NFC opening up as three-point favorites alongside a total of 52.5 points.

Most bettors, though, will be more interested in backing a particular team to win their conference or capture the Vince Lombardi Trophy. And with these lines set to move after a full offseason of draft picks and free agency, the time to buy on a team you think is likely to dramatically improve is very clearly now.

The table below has each team’s payout for winning the Super Bowl or its conference championship, as well as the implied odds predicted from that figure after accounting for the juice (or vig) that the LVH builds into the odds. We’ll talk about some of the more interesting bets after the numbers.

We’re not really all that interested in the favorites right now. Nobody’s going to pull a year-old ticket out of a shoebox next January and say, “Can you believe we got to bet on the Packers to win the Super Bowl at 5-to-1 odds?” We want to try and find some underdogs that we can be proud of, with huge payouts that would make for a very exciting January.

With that in mind, let’s start right at the very bottom and go with the Redskins at 100/1. For all the jokes that their quarterback situation provided us this season, Washington did sweep the NFC champions in a home-and-home, with double-digit victories in each game. A pass rush led by Brian Orakpo sacked quarterbacks on 7.5 percent of dropbacks, which was tied for sixth in the league, and they played 10 games against .500 or better teams. Next year, they have to play the NFC South and AFC North, but they also get to host the Vikings and travel to St. Louis to play the Rams. If they upgrade dramatically at quarterback — let’s say they add Peyton Manning — this line would halve itself instantly.

A long-shot candidate out of the AFC? Well, what about the Dolphins? We noted that they were likely to improve in 2012 after playing far better than their 4-8 record, and they finished with the score differential of a team that would normally win 8.5 games. They’re a young, deep team with an obvious hole at quarterback, and their schedule is awful generous. Next year, the Dolphins have eight games against the AFC South and NFC West. In addition to their six intradivisional games, they finish with tilts against the Raiders and Bengals. If they had simply lost to the Jets in Week 17, those games would have come against the Chiefs and Browns. Either way, it’s a comfortable slate for an underrated team.

A good midlevel candidate might be the Lions, who come in at 20/1 after a year that seemed to go from rousing success to enormous lesson in self-discipline as the season went along. Their schedule in 2012 should allow them to apply what they’ve learned against a group of weaklings, as Detroit also gets to play the teams from the AFC South and the NFC West, while also matching up against the Falcons and Cowboys. The Bears get the same out-of-division matchups against the AFC South and the NFC West, but their games against third-place finishers see them play the Panthers and Eagles.

Finally, if you do want to reach for a favorite, what about the Steelers? A team that fell apart in the playoffs thanks to injuries, Pittsburgh should be healthier in 2012 and will play a schedule that almost matches their benevolent itinerary from 2011. While the Steelers do have to go play the NFC East, their other out-of-division opponents are the teams of the AFC West, as well as one-off matchups with the Jets and Titans. Doesn’t that seem weak?