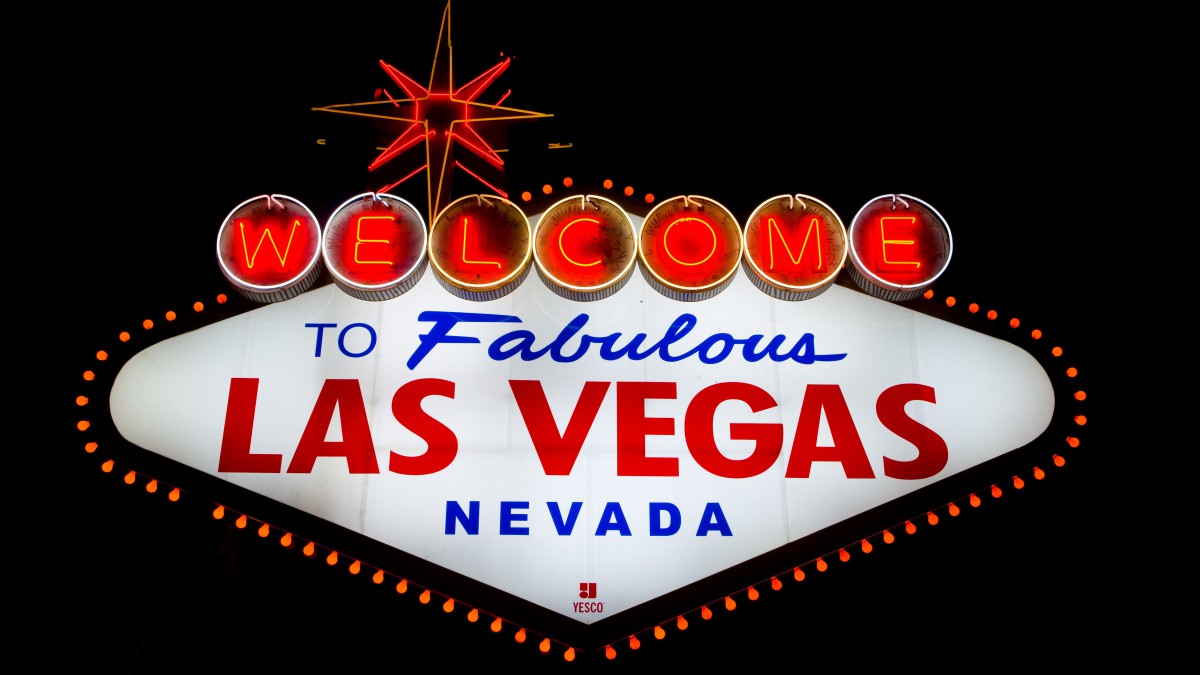 “What I’m about to tell you requires a deep breath,” Gary Bettman told reporters, “and a level of precision that I am requesting because I don’t want it misunderstood.” He was in Boca Raton, Florida, addressing the media following an NHL Board of Governors meeting last Monday. It looked like he was pinching a grain of sand between thumb and forefinger, universal press conference sign language for level of precision. Bettman has a lawyer’s keen sense of anticipation, and he knew that what he was about to announce was the kind that tends to take on a life of its own.

“We gave the Board an update on expressions of interest from cities and people interested in expansion teams,” Bettman began. And then he may as well have spoken in the adult-babble from Peanuts, because all anyone really paid attention to were his last five words: “… professional team in Las Vegas.”

Vegas, man. Never mind visiting the place. Just hearing its very name turns us all — hockey fans, writers, even players — into amateurs. We quote Swingers and make Britney Spears jokes and parrot tourism marketing catchphrases. We joke about the fix being in and suggest team names like High Rollers or Gamblers and wonder if there will be a Cirque du Soleil intermission. (Now that I’m thinking about it, a Cirque du Soleil intermission would kick serious ass.)

Yes, the city of a little more than two million residents has been part of the NHL conversation, in fits and starts, for years. A 1991 outdoor game between the Rangers and Kings at Caesars Palace featured Wayne Gretzky and a grasshopper infestation. In 1999, Bettman said thanks but no thanks to Las Vegas mayor Oscar Goodman when he came to New York to woo the NHL or NBA to his town. In 2007, Jerry Bruckheimer was the marquee name attached to a purported franchise bid that ultimately wasted away amid the financial meltdown. The league moved its annual awards ceremony from Toronto to Las Vegas in 2009. The Kings play preseason games in town.

And if there’s some niche bookie out there who accepts people’s money on items like “an actual NHL team will be based in Las Vegas within the next three to five years,” he’s probably had to adjust his betting lines lately.

For years, the party line on expansion to Vegas (and to Quebec and Seattle, two other cities most often brought up in these conversations) has been mostly dull and unchanged, simply variations on We do occasionally hear from interested parties, but there are no plans for anything at this time. “We’re not looking to expand right now,” Bettman said in September. “No teams will be relocating. I know people think I have this list tucked away in a vault. I don’t.”

Last week, though, Bettman admitted the league was moving forward ever-so-slightly in the direction of Las Vegas. “There is no formal expansion process,” he stressed. “There is no vote that was taken today. There is no vote that was contemplated. We don’t have an agreement to sell anybody an expansion franchise.” But he also indicated that he’d given the go-ahead to a potential investor to do some hands-on market research.

As with so many development projects on and around the Vegas Strip, the concept of an NHL franchise in town has been, for a long time, confined mostly to grandiose spitballing and theoretical renderings. But lately things seem to be proceeding to some actual next steps: the back-room conversations, the wine-cellar partnerships, even the shovels in the ground. Usually the words “expansion team” go hand in hand with “taxpayer dollars,” but Las Vegas is noteworthy in that there is already an arena under construction, NHL or no NHL, and the building is privately financed.1

On Saturday’s Hockey Night in Canada, Sportsnet’s Elliotte Friedman sat down and strolled around with Bill Foley, the billionaire chairman of the board of Fidelity National Financial and the potential moneyman behind a future Vegas organization. (He also has the distinction of being named, in 2004, one of the top five executive golfers in the world.) The conversation was notable for being an ostensibly league-sanctioned one-on-one in which Foley shared numerous specifics.

He confirmed remarks made earlier in the week by Bettman that the NHL had allowed him to proceed with a campaign to test the local waters and see what kind of season ticket commitments he could stir up.2 He said that if he were granted a team he would ultimately hold a naming contest, as one does, but as an Army man he personally leans toward calling the franchise the Black Knights. (One of Fidelity’s underlying companies is Black Knight Financial Services.)

Foley pressed a button on a sparsely decorated bookshelf and it swung open, revealing stairs to a basement with a framed Wayne Gretzky jersey hanging overhead. Gretzky, he told Friedman, is a friend. Foley Family Wines grows grapes for Gretzky’s wine label. Friedman pointed out that Gretzky has been looking to get back into hockey lately (following a disastrous tenure with the Phoenix Coyotes) and Foley said that while he didn’t want to get ahead of himself, the Great One was already an adviser. 3

As silly as it sounds, there are some legitimate reasons to set up shop in Las Vegas. The splash and notoriety factor would be huge, no small thing for a hey-guys-wait-up league like the NHL, which would have a first-mover advantage as the only major professional team in the city. (The NBA currently plays its summer league in town, and MLS is pushing an arena built partly on taxpayer funds.) The mild taboo against having professional teams in a gambling town has continued to break down, with NBA commissioner Adam Silver even writing a New York Times editorial about legalizing sports betting. And, of course, the league would probably seek an expansion fee of $400 million — zero of which would have to be allocated to the players.4 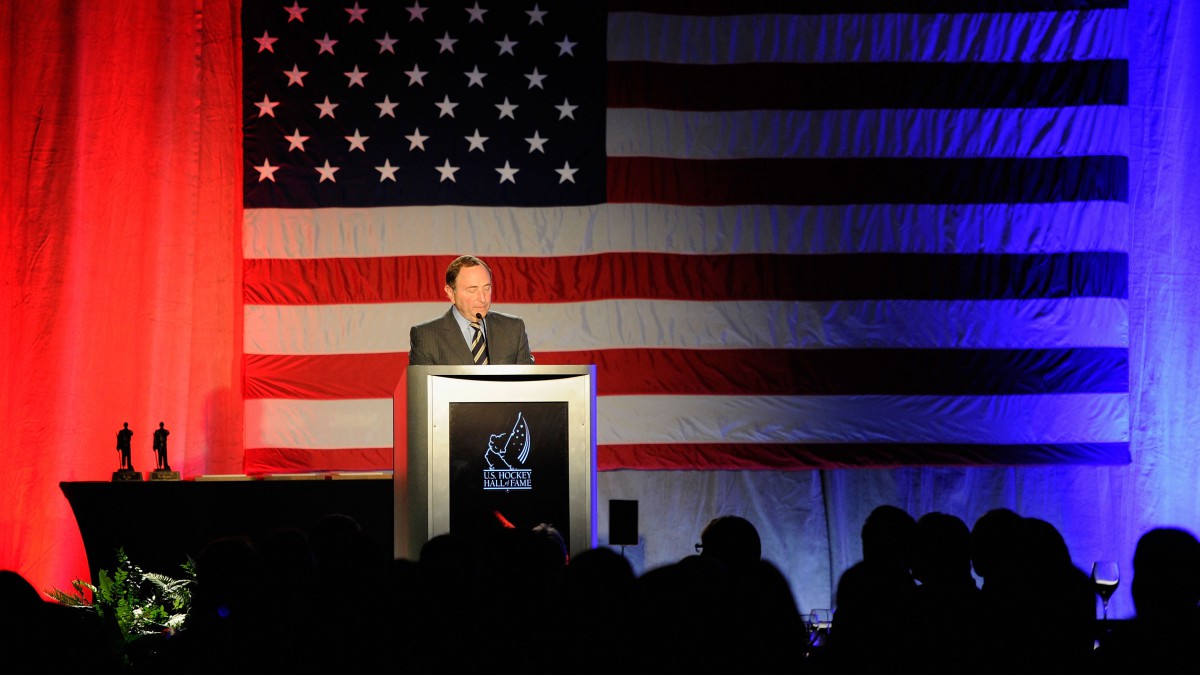 And it also ties in with the strategy of putting — then stubbornly keeping — hockey in nontraditional American markets that Bettman has favored for quite some time. Whenever the topic of expansion or relocation comes up, it’s hard for people to understand why a market like Quebec City or Hamilton, Ontario, wouldn’t be an obvious choice — a franchise there would mint money, after all.

But Bettman’s NHL seems to be focused on expanding to new U.S. markets; this is a path that has its ugly moments (embarrasingly populated arenas, cheapskate owners, angry Northerners) but its payoffs as well. Talk to anyone who follows young hockey prospects and they’ll tell you that American players, who once came almost exclusively from Minnesota or Massachusetts, are emerging from all over. The U.S. National Development Under-18 Team has players from Scottsdale, Manhattan Beach, and Ojai.

You can tell a lot about a person by their reaction to the news that Vegas might get an NHL franchise in the near future. If they’re all “SWEET, it’ll actually be cheaper for me and my buddies to fly in for a game and have some fun on the side than to get decent tickets on StubHub in our own city,” they’re probably a Chicago Blackhawks fan, for example. If they scream “WHAT ABOUT QUEBEC CITY?!!” they may reside in Quebec. If they speak in horrified tones about Foley’s partners in a potential deal — Joe and Gavin Maloof — they were probably scarred for life by the brothers’ gross behavior in torpedoing and selling the Sacramento Kings just a year ago.

Las Vegas residents themselves have varying opinions on the attractiveness and feasibility of the idea. Many approve of the arena’s location, which is convenient for tourists but also close to a freeway that locals often use. Some note how excited they’d be for any professional franchise in town to support, though others question the logistics — how would the team expect to build a local fan base when so many people work weekends and nights?5 It’s a point in Vegas’s favor that there is already an arena being built, and with private money no less. (Seattle’s venue, by contrast, has always been hypothetical.) But the arena’s owners are MGM and AEG, not Foley and the Maloofs. Plenty of other NHL franchises have learned the hard way that it’s pretty difficult to make money if you’re just a tenant in someone else’s building.

This is why Bettman doesn’t want anyone getting ahead of themselves — the ticket drive could be a big dud, Foley or the Maloofs could lose interest, and this could all be one more anecdote in a history full of them. No decisions have been made.

Still, the NHL has been dabbling in the market for long enough that you assume it’s got some sense of how the numbers ought to pan out. And the league typically remains pretty cryptic on these matters; that they’re talking about it at all is a sign that things might be getting pretty serious — unless, of course, all of this has just been one giant bluff.