Beat Down, But Never Beaten: Conor McGregor Is the UFC’s Most Important Fighter 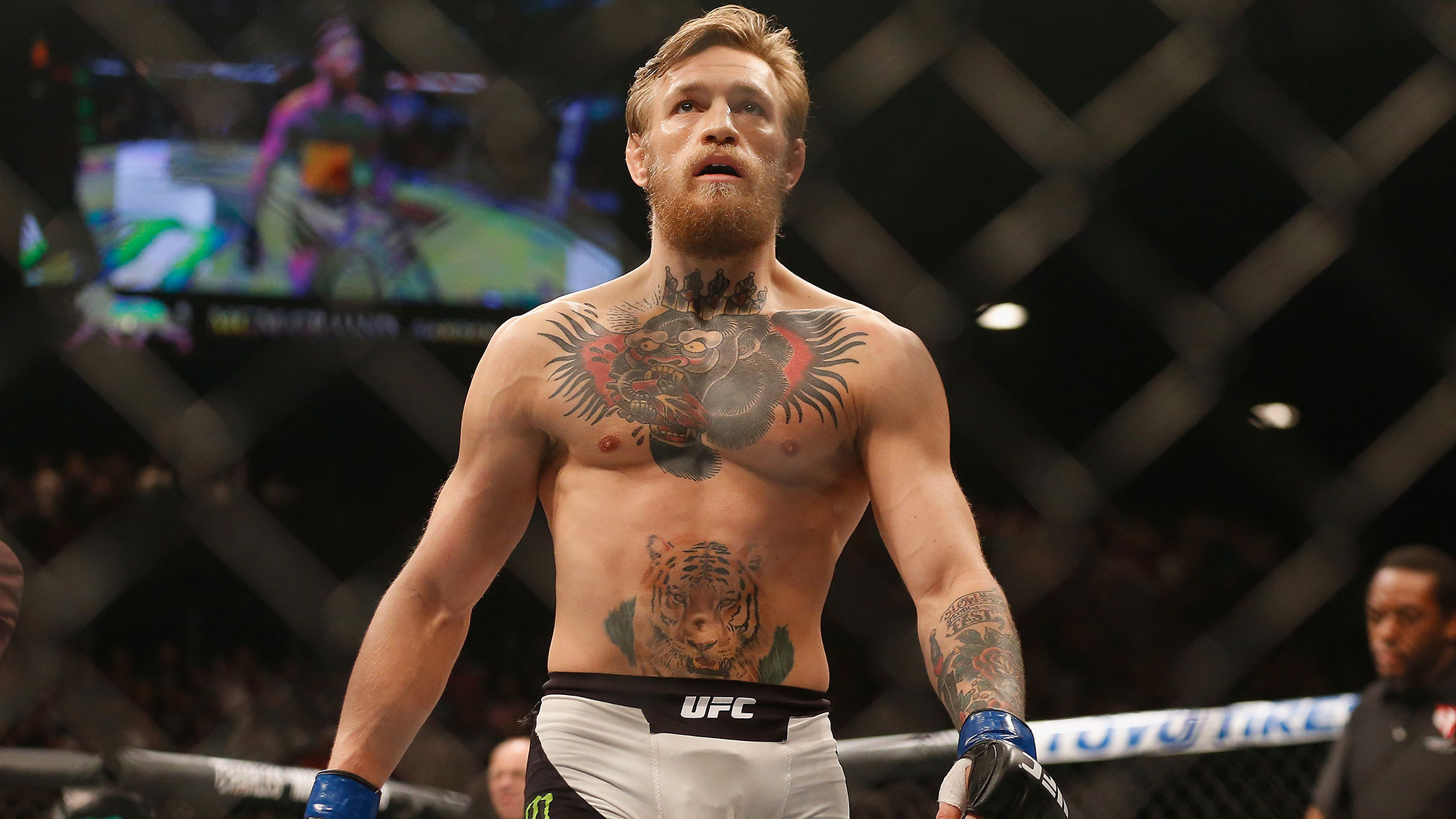 Let me make a reasonable assumption: You are not very into MMA and the UFC. Here, then, are some pieces of information that are important to know for the duration of this article:

• Chad Mendes, who fought McGregor this past weekend for the interim featherweight championship in Las Vegas, is likely a more skilled fighter.

• McGregor was supposed to fight Jose Aldo, the best fighter on earth, for the actual championship, but Aldo backed out weeks before the fight after he said he broke a rib during training.

• The UFC has sought to make Conor into a pay-per-view draw. It spent millions to first promote the Aldo-McGregor fight and then the McGregor-Mendes fight.

I want you to notice that every one of those bullets includes a reference to McGregor, and that’s because he is the most important and popular fighter in the UFC. Some of that, of course, comes down to his ability as a fighter — he is undefeated in the UFC, and he’s ended 13 of his last 14 MMA fights by KO, TKO, or submission — but it’s also largely due to the ultra-brash persona that he’s masterfully crafted.

McGregor is the kind of guy you either deeply hate or forever love, and if you don’t yet have an opinion on the matter, the following anecdote will help you figure out where your feelings land:

Late last year, McGregor and Mendes both appeared on the same episode of BT Sport’s Beyond the Octagon. Before the show, McGregor had made fun of Mendes for being short: He’s 5-foot-6. So Mendes started things off by asking McGregor how tall he was, and that ended up being a mistake. McGregor is an A-plus instigator and needler. It’s actually part of his fight strategy. He’s the White Men Can’t Jump Woody Harrelson of the UFC. And as soon as he realized that Mendes was the tiniest bit sensitive about his height, he threw dart after dart. Mendes tried to keep pace, but McGregor gave him no air. An early and oft-used criticism of McGregor has been that he’s not very good at wrestling, and so Mendes, who happens to be very good at that exact thing, tried to pivot the conversation. “Conor, Conor … do you know what wrestling is,” Mendes asked, trying to be dismissive. But McGregor ignored the question completely, responding, “I can rest my balls on your forehead.” 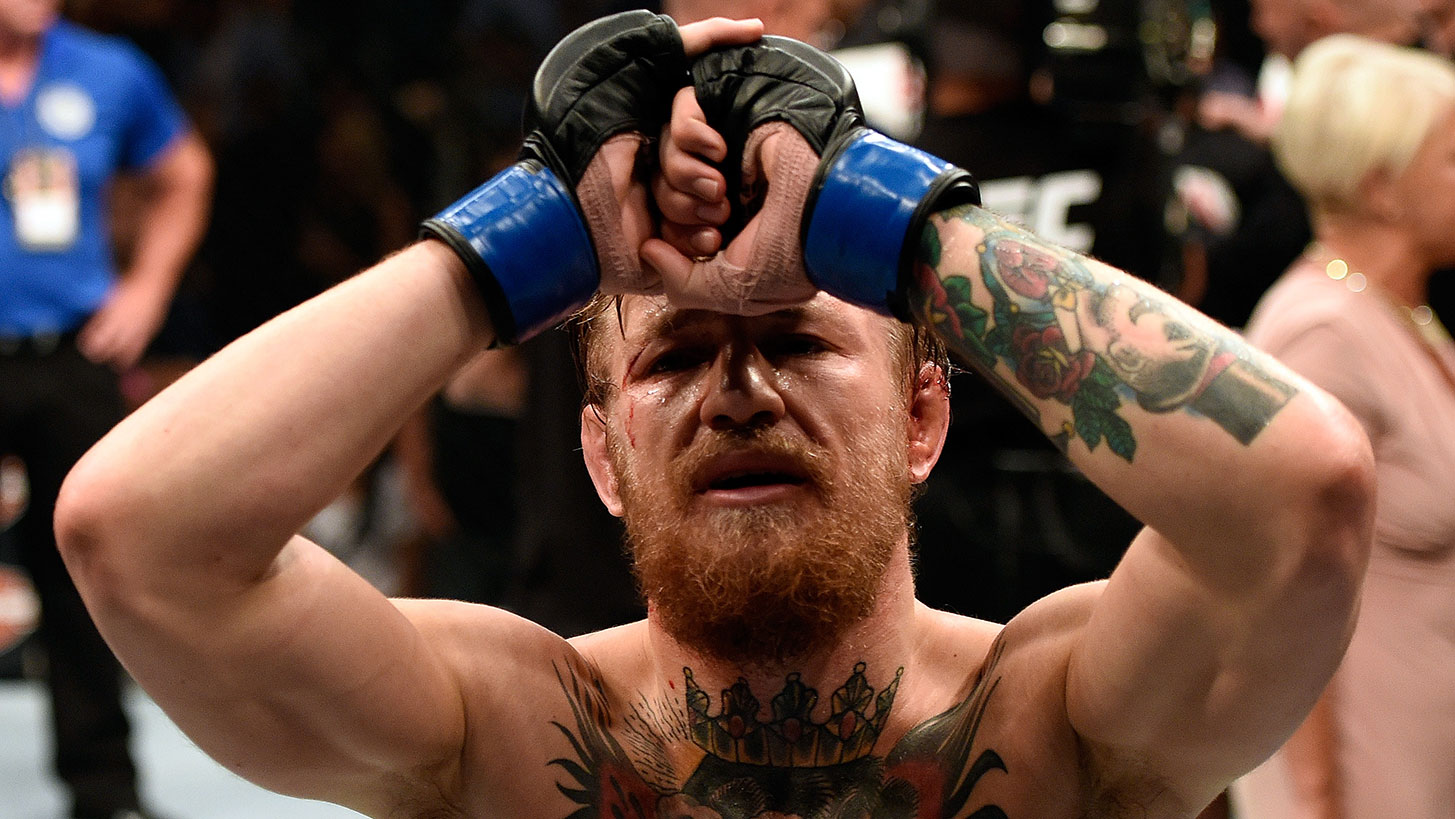 Let me tell you what it sounds like to be in a large room filled with a lot of people in Las Vegas when McGregor knocks someone out: It’s super fucking loud. It’s loud and it’s crazy and it’s frenetic and if there were a form or something you could fill out to change your ethnicity, I’d have gone from Mexican to Irish between the time McGregor hit Mendes and when Mendes’s crumpled body hit the floor.

Now, McGregor probably should’ve lost the fight. He is an incredible athlete. He’s lithe and graceful and moves like he’s made of liquid metal. And he’s got a better chin than anyone had anticipated: He only ever responded to getting punched by Mendes with either contempt or open taunting. But for all his antics, for all his out-of-the-ring talking and his in-the-ring, during-the-fight talking, he was getting beaten through two rounds Saturday. In fact, for much of the second round, Mendes handled him easily, and he very nearly choked McGregor out in the final minute. Moments later, though, Mendes had lost.

McGregor wiggled free of Mendes’s attempted guillotine, stood up, and charged. With McGregor, previously seconds away from being submitted, now suddenly attacking, it felt like the whole universe was vibrating. It seemed like everyone watching knew what was about to happen. McGregor hit Mendes, then he hit Mendes, then he HIT Mendes. With 10 seconds left in the round, McGregor tagged Mendes in the jaw with a right jab and then followed that with a devastating left cross. It looked like Mendes had been hit by an anvil that’d been fired out of a cannon that was positioned at the front of a very fast-moving train.

Once McGregor connected, it was clear that the fight was over. A guy holding an Ireland flag hugged a guy wearing a Larry Bird jersey, and I don’t know that I’ve ever seen two people more connected in any one moment. It was incredible, but it also felt important. I’ve watched the UFC regularly since the late ’90s, and I can remember feeling that same way only two other times:

The first was when Vitor Belfort hyper-punched Wanderlei Silva into infinity in 1998:

This one, I’ll admit, contains a certain amount of bias. Vitor Belfort is the first MMA fighter I ever really loved, and watching him do this to a guy who called himself “The Axe Murderer” was so invigorating. I remember renting the fight video at Blockbuster four, five, or six times because that’s what you had to do if you wanted to see something more than once back then.

And the second time was when Matt Hughes slammed Frank Trigg and then rear naked choked him in their second fight in 2005. It’s the ending to what is likely the greatest UFC fight of all time:

McGregor is not the best fighter in the UFC, but right now he’s the most exciting. Seeing him win a fight he (probably) should’ve lost was basically the best-case scenario. UFC 189 earned an estimated $7.2 million in live gate, a record for MMA in the United States. And Dana White, president of the UFC, said afterward that the pay-per-view buys looked to be heading toward exceeding 1 million, which is a mammoth number. I can’t wait for the McGregor-Aldo fight. I can’t wait for McGregor-Whatever. Everything he does in the near future will be an event. And everyone will be exultant over it or exasperated by it.

A Tale of Two Cities: Phoenix and Philly Plot Different Courses to Contention