The Legend of Tony Plush 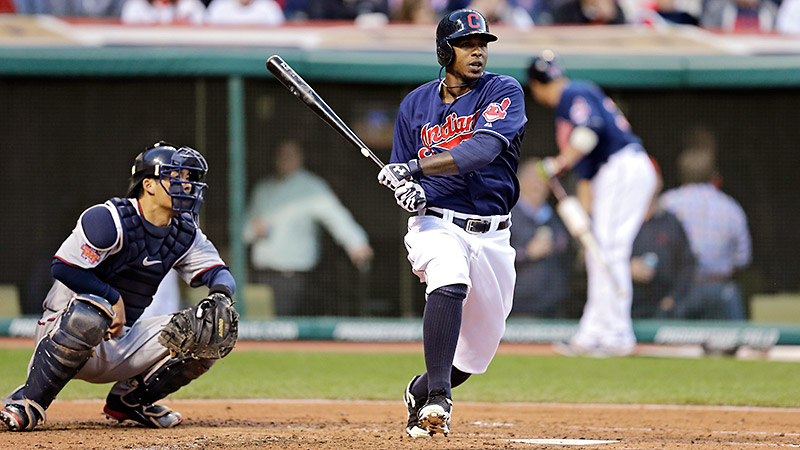 In the spring of 2054, I took my oldest grandson, Cole Hamels Baumann, on his first camping trip. We hiked the rolling hills of Appalachia, the moss bouncing under his youthful feet and creaking on my old legs. By the time we reached our campsite, I ached like the heart of a Mets fan, but I summoned the energy to start a fire while Cole, energetic and clever 10-year-old that he was, set up the tent.

Even some months after the spring thaw, the night was cold and carried a sickly dampness to match Clay Buchholz’s hair. We cooked dinner over the fire, and it was then, in the waning light, that Cole asked me a question I’ll never forget.

“Granddad,” he said, “do you believe in miracles?”

I hesitated for a moment and stared into the fire, watching the orange flames tickle the wood. I took out the flask of bourbon I’d kept with me for such occasions and took a sip. “I don’t know, Cole,” I said. “What do your parents say?”

Cole nervously poked the fire with a stick. Children are always poking things with sticks. “They say they do,” he said. “But I don’t know if I believe them.”

“Tell you what,” I said. “I don’t think I believe in miracles, but I do believe in the supernatural. I’ve never seen an angel or felt the touch of God, but I’ve come close. Have I ever told you about Tony Plush?”

“There was a man,” I said. “He was a baseball player when I was a young man, younger than your father. His name was Nyjer Morgan.”

The expression on Cole’s face changed from one of interest to sheer puzzlement. His freckled nose wrinkled, his brow furrowed. “That’s a weird name. What did he do?”

“He played center field,” I said. “Well, kind of. He wasn’t anything special as a player. In his good years, he got on base and played good defense. Stole a few bags. But it was the way he did it, Cole. That’s what was special.”

I took another sip.

“He played hockey as a kid, so he was a little crazy.” I paused and chuckled to myself. “Or maybe he became crazy because he played hockey. Either way. Do you have an imaginary friend, Cole?” “No, Granddad. I mean, I guess all little kids do, but I’m too old for that now.”

“Well, Nyjer Morgan never got too old. He had an alter ego named Tony Plush who would come out on the field. Tony Plush once misread a fly ball and thought it was a home run, then threw his glove. But the ball stayed in the park. Tony Plush once tried to fight Albert Pujols and Chris Carpenter at the same time.”

“Those were big guys,” Cole said. “Was Tony Plush big?”

“Nyjer Morgan was small,” I said. “But when he turned into Tony Plush, he grew to 10 feet tall and rode a unicorn around the field. His bat was made out of static electricity, and when he made a catch, he handed the ball to a falcon who carried it back to the infield.”

“You’re making that up.”

I shook my head. “I am not. Nyjer Morgan wore a uniform that was five sizes too big so it would still fit when he turned into Tony Plush.”

“But did he wear high socks, like a real man?” Cole asked.

“You’re damn right, buddy. He wore the highest socks.” I stoked the fire and looked at my grandson over the flames. “Do you remember the devastating Sino-American War of 2010?” I asked.

“That’s because when the Chinese shot a nuclear missile at Washington, Tony Plush leapt from center field at Nationals Park and caught it, then threw it into the ocean to avert disaster.”

“How come nobody talks about him?”

“I don’t know, Cole,” I said. “That’s a question that’s haunted me for a long time. Maybe we just weren’t culturally ready to accept something so wonderful, so fantastic, so supernatural. Baseball didn’t like Yasiel Puig and Bryce Harper at the same time, remember? And Tony Plush made those guys look like normal people.

“Tony Plush would sometimes take the form of a ball of lightning or a fine mist out in center field, shimmering in the summer twilight like the surface of a calm lake. American baseball didn’t know what to do with him, so he played the 2013 season in Japan, and you know what happened, Cole?”

“Pacific Rim came out that summer. It’s not a coincidence.”

“Wow. What happened to him then?”

“Well, the next year he played in Cleveland, and he spent a couple of weeks starting in center field when Michael Bourn got hurt. But when Bourn came back in early May, it was time for Tony Plush to go.” I could feel my voice catch in my throat. “I remember like it was yesterday. One day he ran in from center field, the game over, his job done, and time seemed to slow down. The wind hummed through the lush grass, the insects stopped their buzzing, and the noise from the factories slowed down to a steady, comforting drone.

“Then like the prophet Elijah, Tony Plush ascended to heaven in a gust of flame, and a still, gentle rain of glimmering points of light fell over the stadium.”