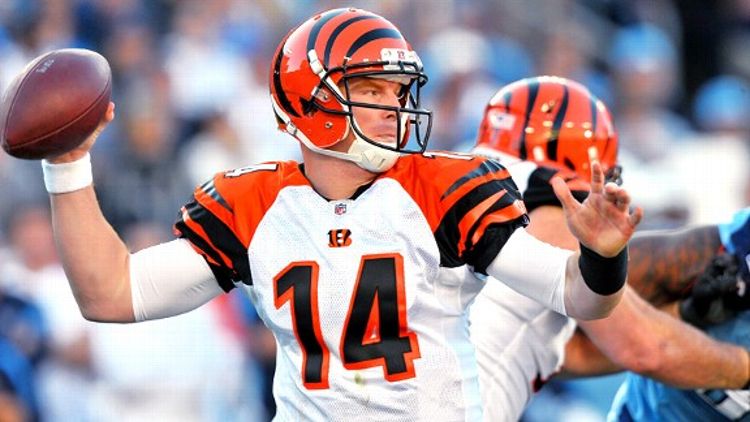 Swimming With the Sharps

Hey you, yeah you with all the disposable income. You know what stimulates the economy? Casual sports gambling! But we’re not throwing you in the deep end without some floaties, here. The Triangle has contracted two of Vegas’ most astute handicappers to help you navigate the choppy waters of gambling, going into this 11th week of the NFL season. Here’s what they had to say.

Tennessee Titans at Atlanta Falcons — UNDER 44
The Titans continue to fit the profile of a lower-scoring team. The quarterback position is average at best, while the offense continues to miss Kenny Britt. The Falcons seem to have this aura of a high-scoring team, but for five straight games, they have now gone under. They’re really a ball-control offense that chews up clock, and game-breaking wide receiver Julio Jones is questionable for this game.

Cincinnati Bengals at Baltimore Ravens — UNDER 40.5
The honeymoon is completely over for Andy Dalton as he gets to face the Ravens’ stout defense, and perhaps without his go-to receiver, A.J. Green. This Ravens offense is truly difficult to figure out. This Bengals defense can play, and Baltimore quarterback Joe Flacco’s kryptonite has certainly been their cover-2 scheme.

Carolina Panthers at Detroit Lions — OVER 47
These are two offensive teams that have sizzled many times this year. The Lions have played a number of solid defensive teams of late, and a match-up against a below-average Carolina unit will have the Lions lighting up the scoreboard. Teams have adjusted to rookie Cam Newton at quarterback, most notably with a spy on him. But this game will give him an opportunity to adjust back.

Buffalo Bills at Miami Dolphins — UNDER 43
There is a low scoring history at this location, with point totals of 31, 48, 41, 23 and 22 the past five years. The Bills offense has gone into hibernation in recent weeks, averaging 16.3 points per game the last month. Miami has been held to 20 or less in seven of nine games this year and the defense has held the last four opponents to 9, 3, 20 and 18 points in overtime.

Tampa Bay Buccaneers at Green Bay Packers — UNDER 48 1/2
The Buccaneers’ offense has really struggled as of late, scoring 18 points or less in four of their last five games. Against good defenses, they are averaging just 11.5 points per contest. We saw a preview of this type of game earlier when the Packers faced the Rams. Green Bay took an early lead and took the air out of the ball in coasting to a victory. With a Thanksgiving Day game on deck, in a very short prep week, we look for the Packers to run a lot of clock here, and in turn easily stay under the number.

Seattle Seahawks at St. Louis Rams — UNDER 39 1/2
In three of the last four games in this series the total points scored were 22, 23 and 28. St Louis has produced 16 points or less in eight of nine games this season. The defense has steadily improved allowing 12, 19 and 21 points the last three games to equal or better offenses than they will see Sunday.

Filed Under: Swimming With the Sharps

More Swimming With the Sharps

See all Swimming With the Sharps