NFL Week 15 Over/Unders from the Sharps 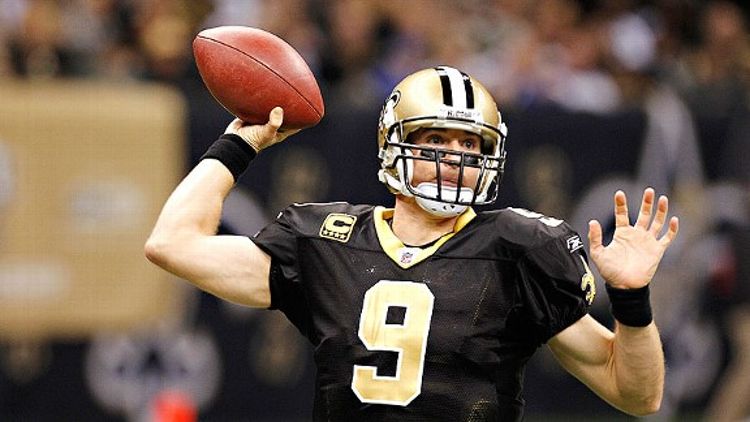 Hey you, yeah you with all the disposable income. You know what stimulates the economy? Casual sports gambling! But we’re not throwing you in the deep end without some floaties, here. The Triangle has contracted two of Vegas’ most astute handicappers to help you navigate the choppy waters of gambling, going into this 15th week of the NFL season. Here’s what they had to say.

New Orleans Saints at Minnesota Vikings — OVER 51
Quite simply, a mismatch of epic proportions, with Drew Brees and the Saints’ passing offense against the Vikings decimated secondary. The Saints should be able to throw the ball up and down the field Sunday. Running back Adrian Peterson is expected to return for this contest, and paired with Percy Harvin, the Vikes can garner their fair share of points.

New England Patriots at Denver Broncos — OVER 46
This is a manageable total to go at, considering the Patriots have averaged about 35 points per game over their last five contests. This Denver defense just hasn’t faced many high-powered offensive teams or standout quarterbacks. Meanwhile, look for Tim Tebow to hit a few big plays Sunday. The Patriots defense certainly has holes and Tebow’s ability to keep a play alive will make it that much more difficult for the defense to make stops.

Cleveland Browns at Arizona Cardinals — OVER 36 ½
This is a good number to look to get over the total, while 37 is a key number. Cleveland quarterback Colt McCoy is expected to miss this game, and the total has clicked down. This just might be the wrong idea; Seneca Wallace can make plays with his arm and feet. Both teams have recently faced a number of top-notch defensive units.

New Orleans Saints at Minnesota Vikings — OVER 50 ½
The last three times the Saints have been held to 23 points or less, the following games produced 43, 69 and 57 points, an average of 56.3 points per game. Minnesota has only held one opponent all season to less than 21 points, and the Vikings allowed 32.3 points per game their last eight contests. Overall, seven of the last eight Minnesota home games have gone over.

Tennessee Titans at Indianapolis Colts — UNDER 41
Eleven of the last 17 Tennessee road games have gone under the posted total. In a must-win game, we expect a conservative game plan for the Titans, which is clearly the more talented squad. The last seven Tennessee games have resulted in 41 overall points or less. The Colts have played back-to-back opponents who clearly overlooked them, and they still only managed 34 combined points, including a last-second touchdown last week at Baltimore. Now they face a team that needs to beat them to stay in the playoff hunt.

Detroit Lions at Oakland Raiders — OVER 47 ½
The past five games, Detroit has permitted 28, 31, 27, 35 and 37 points. Nine of the last 11 times Detroit traveled to an AFC location, the game surpassed the posted total. Oakland’s defense is wearing down, allowing 46 and 34 points the past two weeks, with 44 of those points coming before halftime. All three of Oakland’s games against NFC opponents this year have gone over, doing so by a combined 18 ½ points.