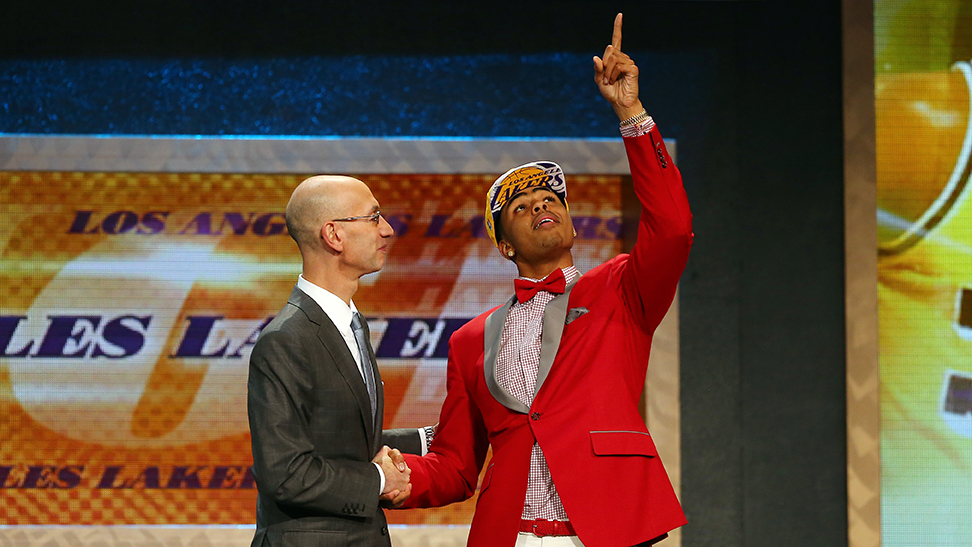 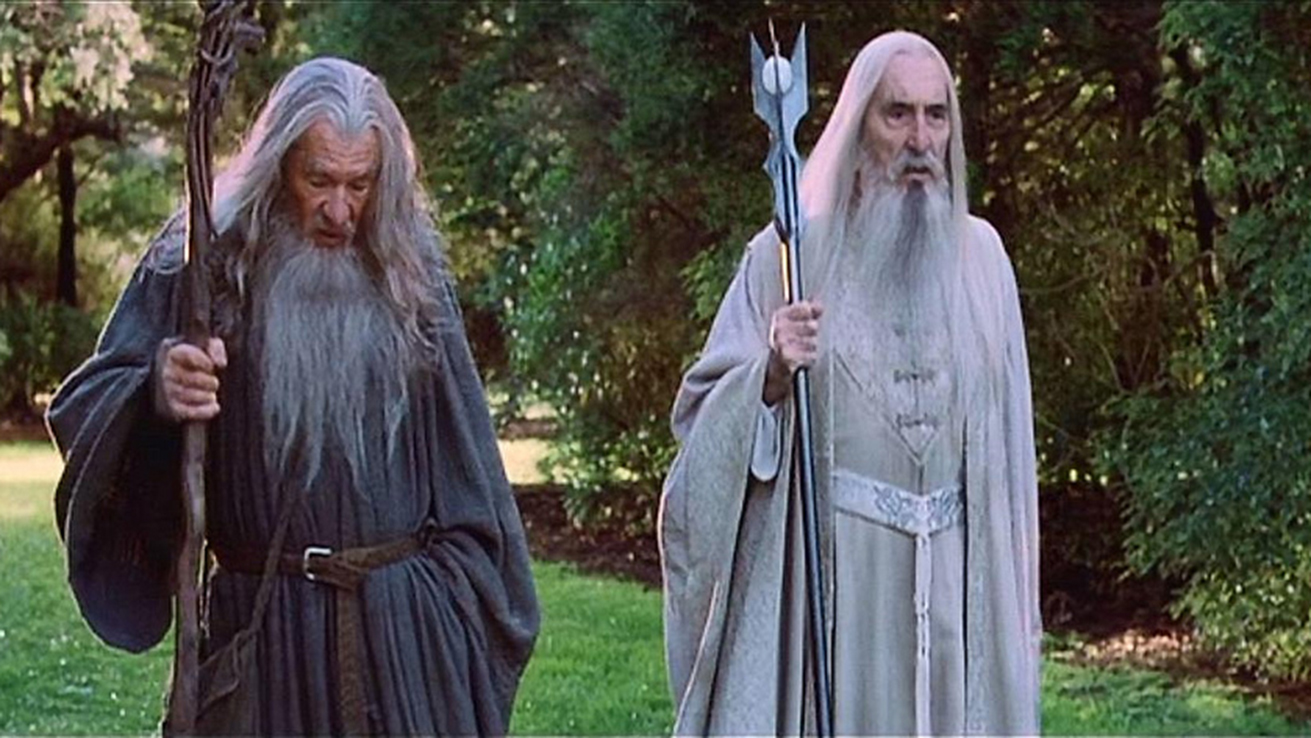 Chris Ryan: What sorcery is this? You can draw up as many sets of blueprints as you want, you can embroider “Best Player Available” onto all of your throw pillows. Collect your assets. Play for the future. In the end, only two things count in this life: warm weather and rings. You want a rebuilding plan? Here’s a rebuilding plan:

Somehow Mitch Kupchak, the general manager of the Lakers, and Pat Riley, the Sun Tzu of the Miami Heat, won the draft.

Over the last week, the jalopy Lakers went through the rumor mill car wash and came out like a gleaming Rolls-Royce — a symbol of NBA luxury. Sixty-one losses, coach Byron Scott, and shadow coach Kobe be damned; through media machinations or the simple fact that they have a lot of cap space and they wear purple and gold, the Lakers reclaimed a place in the conversation.

This week they’ve been linked with DeMarcus Cousins, LaMarcus Aldridge, Dwyane Wade, and Kevin Love. They looked like a dust bowl at the end of the season, but now their cup runneth over. The conventional wisdom was that they would take Jahlil Okafor, because the Lakers … big men … But when Adam Silver welcomed D’Angelo Russell to the stage, it was like a great poker hand being laid out. Of course it was Russell. His game is Hollywood.

Down in Miami, Riley had been taking a beating this offseason. Goran Dragic is an unrestricted free agent, and the most iconic player in the history of his franchise has been flirting with leaving. Things looked dark. What could Riley do on draft night to get things turned around? Turns out nothing. All he had to do was let other people screw up.

Justise Winslow, one of the best players in this draft, fell right into Miami’s lap at no. 10. Did other teams just outthink themselves here? This dude plays like he was shot out of a cannon. All of a sudden, the Heat have a Luol Deng replacement. They get younger, faster, stronger, and feistier. He’s provocative. He gets the people going. Just look at how he makes Okafor feel!

Assuming Miami returns its backcourt, we’re looking at a starting five of Dragic-Wade-Winslow-Bosh-Whiteside. They are projected to have a NetRtg of AIIRRRRHORRRRN. Will that catapult the Heat past Cleveland, Atlanta, or even D.C.? Probably not. Will the Lakers even be playing in the postseason next year? It’s hard to imagine in that Western Conference.

What we’re talking about goes beyond wins. Whether it’s institutional power, smarts, luck, or a combination of all three, Pat Riley and Mitch Kupchak returned their franchises to relevance last night. Neither team will win it all next year. But both clubs matter right now.

Mario and the Magic

Andrew Sharp: Here’s the litmus test for Mario Hezonja as a draft pick: How many other lottery fan bases secretly wish their team had drafted him? Wolves and Lakers fans are happy, but the Knicks, Sixers, Pistons, Nuggets … deep down, everyone wanted some Super Mario in their life. You can’t say no to Croatian J.R. Smith. Just last week, he was bombing his way through the Spanish League Finals.

It’s still unclear whether he’ll explode or flame out once he gets to the NBA, but let’s all grab a front row seat for either outcome. The Magic are a better fit than any of those other teams would have been. The only thing missing Thursday was ESPN beaming him in on satellite phone to talk shit about Kristaps Porzingis.

As for the Orlando side of things, sometimes the smartest draft picks don’t actually make sense on a basketball court. You can draft the best players available, year after year, but if their skills don’t click as a team, you’re nowhere. That’s where the Magic have been. They’ve had Victor Oladipo (speed), Elfrid Payton (defense), Nik Vucevic and Aaron Gordon (rebounding). But they still needed shooting. They needed Croatian J.R. Smith.

Welcome to the Family @KarlTowns !

Ryan: It seems weird to shower Flip Saunders with praise just because he drafted the consensus no. 1 pick. But think about it: He could have gotten fancy and taken Russell, lived dangerously and taken Porzingis, or been seduced by Okafor’s offensive polish. Instead he did what he was supposed to do, and for Flip and the Wolves, that’s enough. Adding Tyus Jones as a backup to Ricky Rubio is a nice bit of late-first-round business as well.  Does any team in the NBA have a brighter future than Minnesota?

Sharp: It’s been a long week for Kings fans, but Thursday brought some much-needed relief. The Kings landed the best defensive weapon in the draft, Willie Cauley-Stein. He’s the rim protector that Boogie Cousins has always needed. Will they actually play together? That remains to be seen. Worst-case scenario, the Kings trade Boogie to L.A., Cauley-Stein covers Julius Randle’s defensive weaknesses, and they get to build around Russell in the backcourt. Either way — Boogie or not — Cauley-Stein makes the immediate future a lot brighter than three years of developing Emmanuel Mudiay.

The Willie Cauley-Stein Custom Medallion, in all its sparkling glory pic.twitter.com/ak92pBxSMD

Surprised Bobby Portis fell. Does everything well. No huge holes. Amazing motor. Love the pick for the Bulls.

Sharp: You know how the Ravens manage to get one of the best defensive players on the board in basically every NFL draft? That’s what the Bulls have been doing in the NBA for the past five or six years. They just snatch great rotation players out of thin air. Bobby Portis may have dropped 10 spots, but he also went to the place where he will best be able to haunt every team that passed on him. The goddamn Bulls always do this.

Sharp: And then he got traded to the Nets about 30 minutes later. Smarten up, Rondae. Only Terry Stotts can rock that look.

Just hung up with Terry Rozier. Had no idea he was being picked by the Celtics. Jumped in a pool in a suit at his draft party after picked.

This is how you do draft night right.

Ryan: Welcome to Philadelphia, Jah. Try to contain your enthusiasm.

Sharp: The Pacers came into this draft with dreams of stealing Cauley-Stein, a big man who would have allowed them to seamlessly transition from Roy Hibbert’s rim protection to something a little more, um, undead. Sacramento killed that dream. So, next option: Cam Payne? A quick point guard who could help speed things up and inject some life into the offense?

Nope. They went with Myles Turner, a center with plenty of upside but someone who’ll probably take a few years to get there, assuming he ever does. For a team that has pieces to get competitive right away, that’s a bummer. 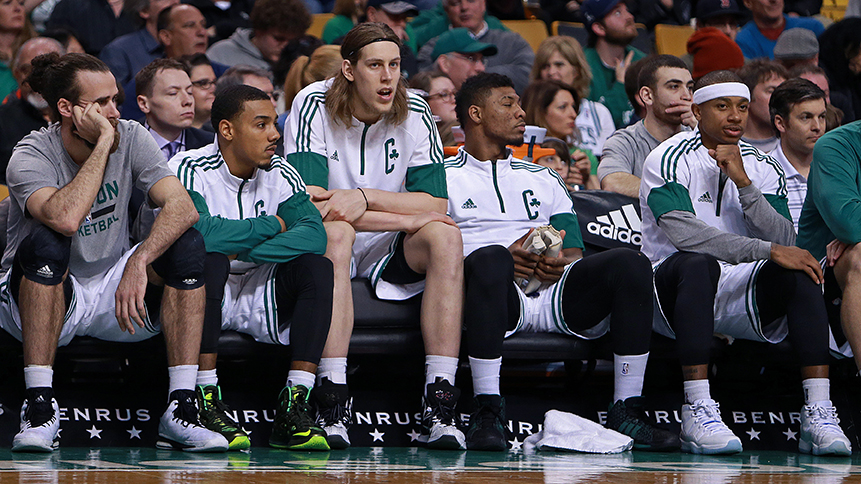 Ryan: Rozier is well on his way to being a cult hero, but he seems awfully similar to his new teammate Marcus Smart — a tough, defensive-minded guard who can’t shoot. So similar that Chad Ford listed Smart as Rozier’s comp. This would lend credence to some of the rumors about Smart being available for a trade. This, despite the enormous amount of time the Celtics apparently spent scouting him.

Guys like Danny Ainge rarely seem flustered — everything is part of a greater plan — but he must have felt like he was dying by 1,000 cuts (or picks) last night, as he watched Winslow, Devin Booker, and Kelly Oubre go just out of his grasp. He has to be asking himself two things: First, what good is asset collection if no one is buying what you’re selling? The second one is also being asked by some notable fans: How valuable is making the playoffs if it’s the difference between Justise Winslow and Terry Rozier?

Sharp: They came into this draft with the chance to trade for a veteran or draft an impact guard. They left with Trey Lyles, a stretch 4 who can’t hit 3s and probably isn’t big enough to even play the 4.

Sharp: Did the Wizards just ignore every pressing need they had to end up with another Nick Young? What could go wrong?

"He has a great sense of American culture," a Kristaps Porzingis teammate told me. "He goes on WorldStarHipHop every day."

The Perfect Rebound: Why the Mavericks Needed Monta Ellis in Order to Move On