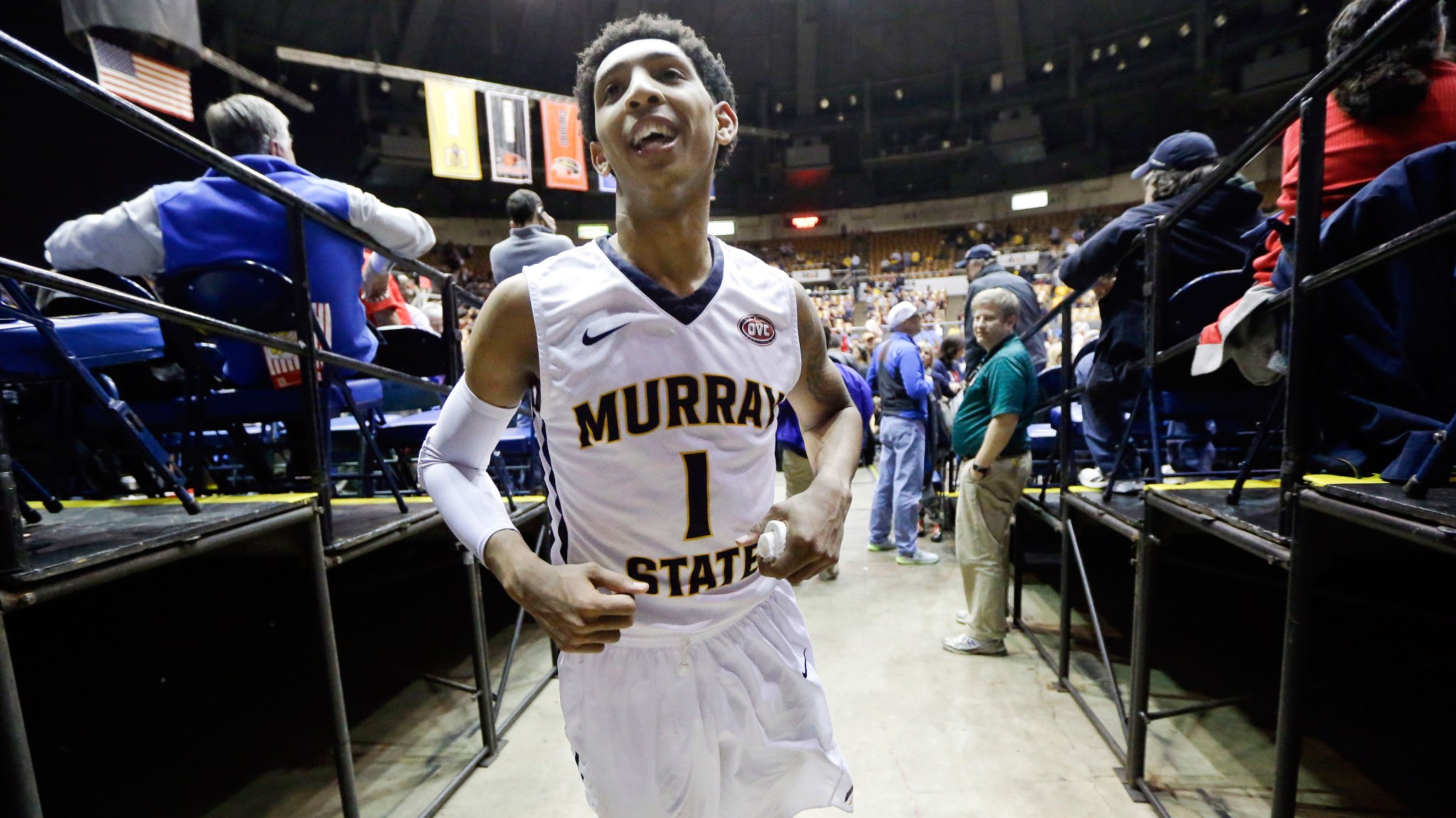 Cameron Payne is probably the most famous sleeper in the NBA draft. How is that possible? He’s been called underrated for so long that now he’s projected to be a lottery pick. A 6-foot-2 sophomore with a 6-foot-7 wingspan, he led Murray State to a 25-game winning streak, putting up 20 points, six assists, and two steals per game along the way. In the end, a conference tournament upset dashed Murray State’s NCAA tournament hopes, but by then, Payne had already gone from fringe prospect to a fixture in mock drafts.

Of course, he’s still a mystery. Have you ever watched Cam Payne play a real game? Where is Murray State? I had to look it up.1 He came out of nowhere the past few months, and he’s not quite somewhere yet. Not until Thursday night.

After Payne’s workouts in Denver, Sacramento, Oklahoma City, Indiana, and Los Angeles, I called him while he was back home outside of Memphis. I can tell you that he thinks he’s the best point guard in the draft, and that he’s the first college player I’ve heard admit to paying attention to mock drafts. We started with some Finals talk — he was rooting for the Warriors (“I’m not a big-time LeBron fan, so … I was rolling with Golden State”) out of respect for Kobe and Steph Curry (“Really like Steph Curry. I kinda play like him”). After that, we went back to the beginning.

So, you didn’t even start when you were playing for your AAU team in Memphis. And your dad was the coach, right?

No, I didn’t. I came off the bench. And yeah, he was assistant coach, he was on the staff.

Were you harassing your dad about not starting you?

Nooooooooo, no. Between me and my dad, he knew I was the better guard. When I got in the game, I stayed in. It really wasn’t a big deal. You know how when James Harden was with the Thunder? He didn’t start, but when he got in, he played almost the whole game.

How did you end up at Murray State?

They were the first school to recruit me. And man, when I first started watching them, [current 76ers guard] Isaiah Canaan was there, and that was the season they were going undefeated. And they had a backup point guard, Zay Jackson, but I felt like I could come in and get an opportunity to play big minutes. I watched them and saw the games were sold out every night, so I was like, I definitely gotta be a part of this.

At that point, when you were getting to Murray State, were you even thinking of the NBA?

Oh, not at all. That wasn’t nowhere in the picture. I just wanted to be freshman of the year, definitely. And then maybe conference player of the year, going to the NCAA tournament. But I mean … going to the NBA? That was not … on … the … list. That was on the list of, you know, dreams.

You grew up in Memphis. What was the biggest adjustment going from high school there to living in Murray, Kentucky?

The biggest adjustment was knowing, you know, there’s not always something to do. I love basketball and it helped me get my focus right, because, uh, there’s not much to do in Kentucky. It’s very small, and that’s really the main thing that helped me. I stayed focused.

You were J.R. Smith in Cleveland.

Your freshman year, the starter (Zay Jackson) got hurt, and you kinda took over from there. When did you start looking at the NBA as a real possibility? Did your coaches talk to you at all?

It didn’t become a possibility until I saw myself in the mock drafts, and that was the second half of this season.

How soon after Murray State’s season ended did you jump into this process? What went into your decision?

Maybe three weeks. I was really hesitant about leaving. I talked to my coach. I had accomplished a lot at Murray State. Honestly, the last thing I hadn’t accomplished was going to the NCAA tournament. Not trying to toot my own horn at all, but that was a big thing I wanted to do: Carry my team into the NCAA tournament. But I’m not going to waste a big-time opportunity trying to do something that sometimes you can’t even control.

I asked my coach, “If I was your son, what would you tell me to do?” I asked my parents, and they were definitely encouraging. Anything to help my family out, I’ll definitely do it. That’s all that went into it.

And it’s worked out. You kinda blew up the past few months.

Yeah, it worked out good.

Who do you look to in the NBA to pattern your game after?

Mike Conley and Tony Parker. Them two are my main guys. Conley, his floater game is outrageous. The fact that he uses his right hand more than his left is the reason I really like his game. And then you got Parker — the way he finishes around the basket is crazy. And he’s a winner, and that’s what I’d like to pattern myself after most: winning. I really hate losing, so that’s a big thing for me.

What about a guy like Damian Lillard? He’s someone who sort of blazed the trail from mid-majors to the top of the draft.

That’s definitely what I’m trying to do. I’m trying to come in and be rookie of the year, all of that. I’m just ready to show people I’m capable of being one of the best guards in the country.

How do you compare yourself to the other guards in this draft? 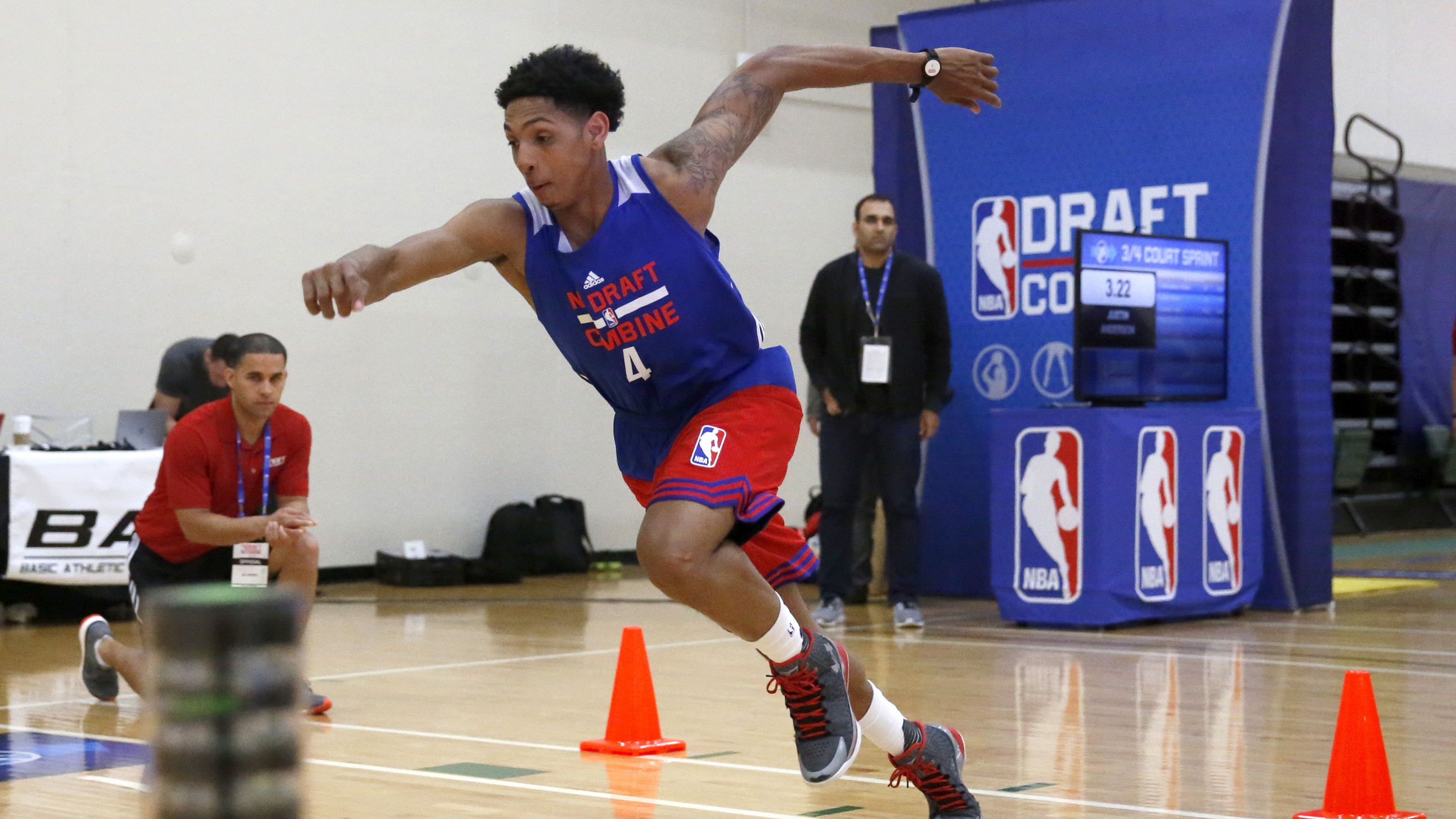 All right, so do you have any nicknames ready for when you get to the NBA?

The Campaign! That’s my nickname.

See, I thought about calling you The President, like a presidential campaign. It was pretty stupid.

Or just go with Major Payne. A shout-out to Damon Wayans.

Yeah, yeah. Or I do Killa Cam. But the main one I do is The Campaign, because like you said, it’s presidential.

So back to basketball for a second. How much have you talked to Isaiah Canaan throughout this process?

Man, I talk to him almost every day. He helped me early on through the process, telling me what I’ll see, little things like that. Lately I’ve been talking to Rodney Hood, Lou Williams not too long ago. They’ve helped me a lot, trying to keep my head straight.

How has the workout process been? Are you sick of traveling at this point?

[Laughs.] I was. I was on the road for like two weeks straight. I just finally got home. But I mean, it’s been cool, I gotta get used to it. I’m definitely gonna be prepared for it. So, it’s been a fun ride. All in all, I’m happy about everything.

How is the finger right now? You fractured it in Denver? 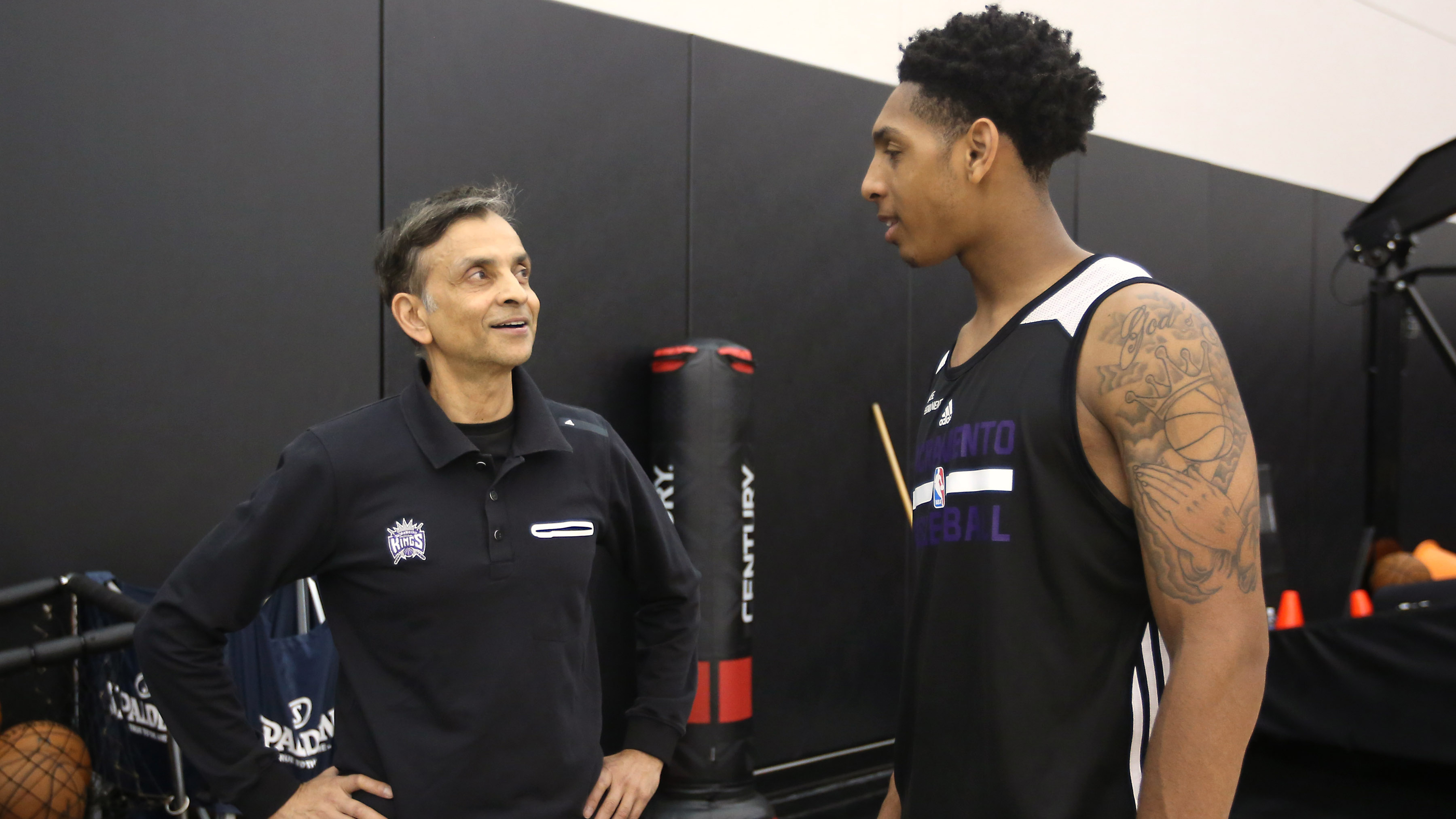 Here’s something I’ve always wondered: Do players just load up on free gear at all of these draft workouts? And what do you do with all of it? Are you hooking up friends? Teammates?

[Laughs.] I’m definitely getting the gear.

Are you giving it to friends?

What are your favorite ways to relax during all this? Video games? Movies? What have you been doing to take the pressure off?

I’m definitely playing video games. All day. I’ve been playing [NBA] 2K, just really patiently waiting on 2K16. It’s a while, but I’m waiting so I can play with myself. Then all my time goes to that game. [Laughs.] But I mean, lately I’ve been on the road, so time moves a little quicker.

What’s it like right now, as you sit here? People have thrown out all kinds of trades at the bottom of the lottery involving you, and there are a bunch of different places you could end up. Where’s your head at as you process all the possibilities?

My head is all over the place. [Laughs.] I don’t know what to think. I’m just ready for it to happen. I can’t wait till June 25, because I mean, like you said, people have been talking about trades and all this other stuff, and I have no control over it. So I’m just sitting here waiting and listening, and I just can’t wait. I’m happy, but I’m just impatiently waiting.

You’re ready to get Thursday over with.

I can’t wait until Thursday’s over.

What’s the craziest thing you’ve bought yourself since turning pro?

Do you have anything planned once you sign your first contract?

OK, last question. Your mom’s shirt became news this year. Does she have anything special picked out for draft night? 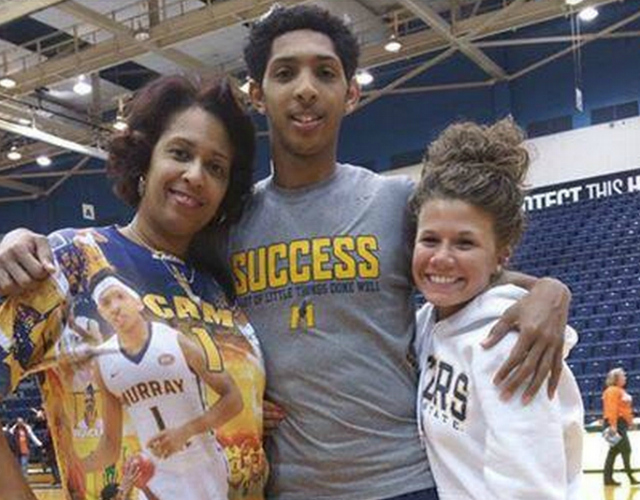 Great. So we can all look forward to that in New York.

I know, right? She gets more airtime than me nowadays!