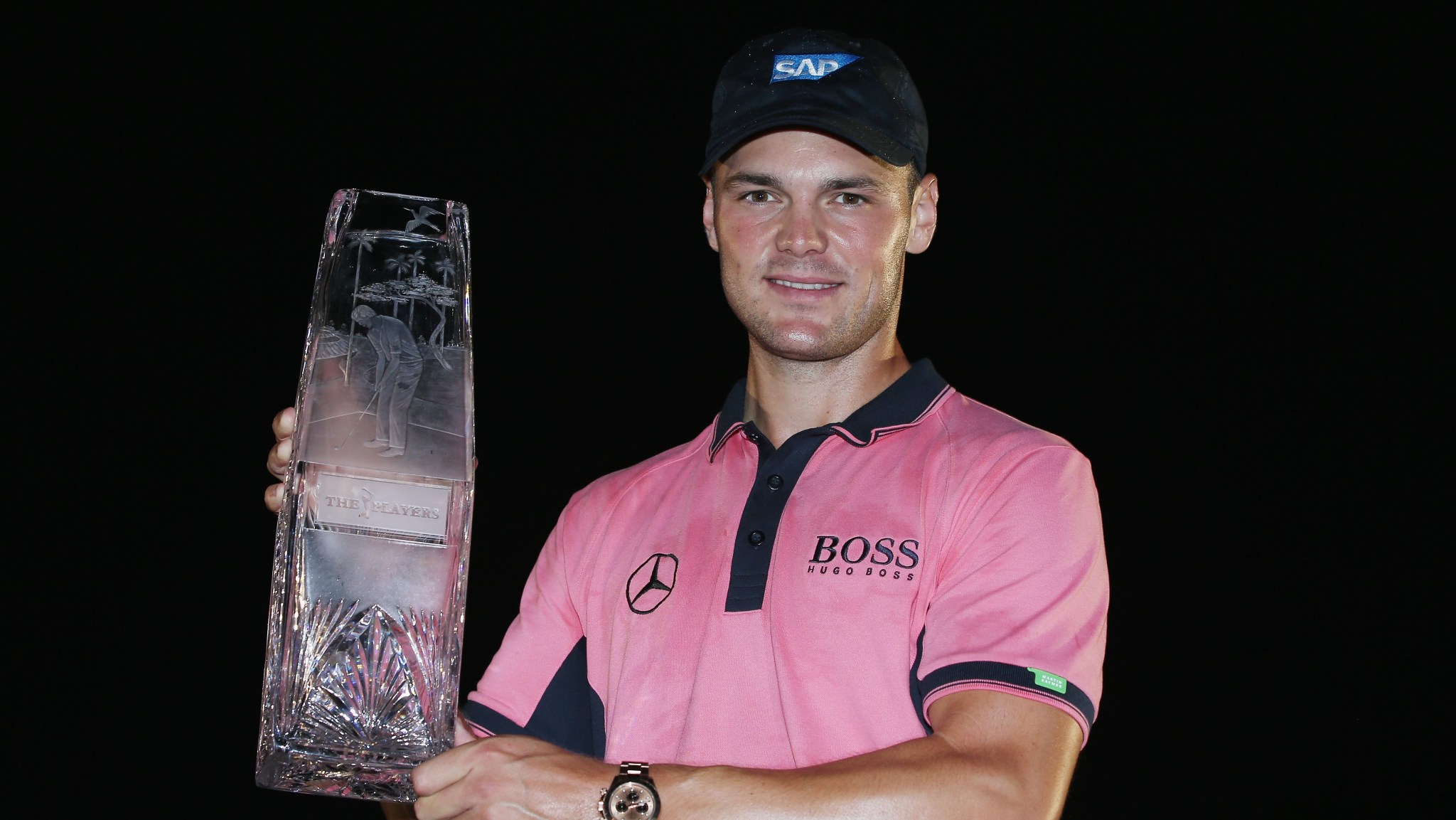 Late Saturday afternoon, at the famous 17th hole with the island green at the Players Championship, a scoreboard behind the tee announced the next golfer:

Spieth, who won that tournament last July at the age of 19, was the first teenager to win on the PGA Tour in 82 years. Even the sport’s previous messiah, Tiger Woods, hadn’t managed to do that. Still, with everything that has happened since, associating Spieth with a minor tournament sponsored by a tractor company felt a little like describing President Obama as a “former Occidental College student.”

In the past year, Spieth has played in a President’s Cup, finished second at the Masters, and become the Great Hope of a sport that, frankly, has been reeling since the Tiger mythos was shattered. As a standalone, the John Deere was laughable, except for one fact: Because Spieth is so young, it’s still the only tournament he’s ever won. How do you reconcile that with his blown-up image? How do you account for the idea that his career is pure potential when we so badly want it to be writing history?

When Spieth made a scrambling par on 18 to complete three straight rounds without a bogey, he found himself tied with Germany’s Martin Kaymer for the 54-hole lead at golf’s “fifth major.” Kaymer, a former world no. 1, had already won an actual major and hit the winning putt at the Ryder Cup. He even came armed with a pretty impressive comeback story of his own. It didn’t matter — after the round, more reporters clustered around Spieth’s caddie than bothered to show up at Kaymer’s press conference.

While the German took apart TPC Sawgrass on Sunday, I couldn’t help but consider the pressures heaped on Spieth. It’s not enough that he’s a genius on the course; it’s not even enough that he could become one of his generation’s great players. He’s being forced into the role of the anti-Tiger, someone who dominates the sport politely — in other words, without shouting profanities into a television camera every time he hits a bad drive.

To use that old, weighted term, Spieth is well-spoken for his age. The problem is, he’s become the victim of his own composure. It’s a word repeated ad nauseam in descriptions of Spieth, along with “maturity” and “character.” We — and by we I mean the media — know so little about him, but we project endlessly. It’s a sports problem, but it’s especially a golf problem; this is a community that fetishizes class and decorum, and at the moment it craves a player who can embody that nostalgia and become a gentleman superstar.

Imagine the unbearable pressure that must create when dumped on the shoulders of a 20-year-old. It’s not Spieth’s fault, but knowingly or not, he has assumed the burden. This is someone who chastised himself publicly for getting mildly angry in a match-play event and who has become highly aware of his own behavior and what we’re forcing it to represent. Like almost everything else in the sport, his “composure” has become a commodity.

Is it natural? Is it normal, or beneficial, for someone to stifle those youthful impulses? Is maturity without experience really so desirable? Is it meaningful? Jordan Spieth is competitive, he’s great at golf, he’s smart, and he’s prone to getting down on himself. Everything else, including the preternatural composure, is a myth. How sad, then, that we didn’t learn our lesson from Tiger: Mythology, on Earth, is bullshit.

Spieth played the first 58 holes of the Players Championship without a bogey. On the last 14 holes on Sunday, he made five. By the 11th, when he walked down the fairway muttering to himself, he looked as overcast as the dark skies over Ponte Vedra.

The storms came and passed, and after a 90-minute weather delay, Kaymer was no longer battling Spieth. Instead, he was up against the ghost of Jim Furyk’s 66, a Sunday charge that propelled the veteran to 12-under. Furyk watched from the clubhouse, waiting to see if Kaymer would blow a three-shot cushion. His opponent nearly obliged on 15, making a double-bogey in the rain and reducing the lead to one. So began his tightrope walk; on 16, a poor putt from the fringe relegated him to a par (he later called himself a “soft egg” for not chipping, a direct translation of the German weiches ei, meaning “wimp”), and on 17, a tee shot that nearly rolled into the water left him a 28-foot par putt in near darkness. He holed it — the best putt of 2014 so far — and closed out the victory with par on 18, lit up by the last slivers of light and the glow of two scoreboards.

After Spieth signed his scorecard, reporters gathered to ask what he’d learned from his failure. He began to answer, but at that moment an amplified voice rang out through the night. Back on the course, the trophy presentation had begun, and Spieth’s voice was lost in the noise.