More Than a Trophy: What the AL Cy Young Race Means for Advanced Stats 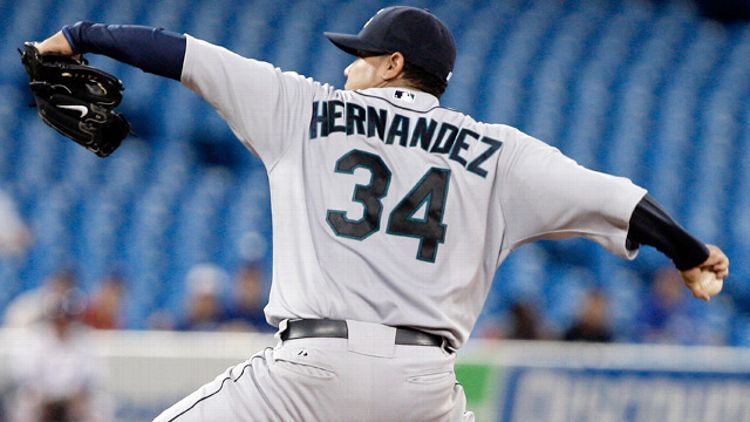 In 2010, Felix Hernandez won the American League Cy Young award with a 13-12 record. It was the right choice for a number of reasons. He had the league’s best ERA, the highest pitcher WAR, the most innings pitched, and the lowest WHIP, and he lasted deeper into his starts than any other AL starter. He even had solid strikeout credentials, trailing Jered Weaver by a single K for the league lead.

Felix had his detractors — a dwindling collection of old-school writers who thought that a 13-12 record should eliminate him from contention, ignoring the fact that the abysmal Seattle offense gave him the lowest run support of any qualified starter in baseball — but for the most part, logic prevailed among the voters. Felix received 21 of 28 first-place votes. The Hernandez win was hailed as perhaps the final sign that the sabermetric statistical revolution had taken hold. Just days before the award was handed out, CBS’s Gregg Doyel captured the prevailing mood when he wrote that if Felix won, the sabermetric revolution would be over and “the coup will have succeeded.” Wins had been devalued, and statistics that measured the pitcher’s actual skill, independent of a team he couldn’t control, had won the day.

But today, looking back, was it really the great leap forward we imagined at the time?

First, let’s look at his competition. Felix’s main rivals that year were David Price and CC Sabathia. At 19-4, Price finished just shy of the old superficial 20-win milestone supposedly denoting an excellent year. His ERA was half a run higher than Hernandez, and he didn’t have very many strikeouts. As for Sabathia, he had reached 20 wins, but he did it with an ERA nearly a run higher than Hernandez, a margin almost impossible to ignore. Those facts raise an important question: Were the voters even paying attention to advanced stats, or just focusing on the same old numbers (wins, ERA, strikeouts) and picking the guy who won two out of three? More importantly, was it really a sign of evolution that a few writers deciphered the obvious signs?

The answer is probably yes, but the extent of the advancement remains to be seen. Which brings us to 2013. At the moment, there are two leading Cy Young candidates. Their stats:

Pretty close, right? If you’re looking at it from an advanced statistics angle, though, Candidate 1 has to win. He has the better WAR and FIP and similar strikeout numbers. The categories in which he trails Candidate 2 (WHIP, opponent AVG) can be explained by luck in the form of his very high BABIP (batting average on balls in play). He even seems to handle his bad luck better, posting a lower ERA despite allowing more baserunners. Maybe this is because he allows fewer home runs and walks, or maybe he’s just superior in stressful situations. In either case, those stats show that in a two-man race, Candidate 1 should win the Cy Young.

Uh-oh. This is where it gets interesting. With seven to eight regular-season starts remaining for each, Candidate 1 will almost certainly not reach 20 wins, while Candidate 2 could surge past the milestone with one of the gaudiest win-loss records in recent memory. Sure, this is entirely due to that huge two-run difference in run support, but are the voters smart enough to take that into account?

It’s time for the reveal, which you’ve probably already guessed: Candidate 1 is Felix Hernandez, and Candidate 2 is Max Scherzer. And barring a late collapse by either, they will be the principal players in the most important race for advanced statistics … well, ever. This is nothing less than a referendum on their place in the mainstream baseball conversation. Have advanced stats totally infiltrated the game and booted out the crusty old win-loss thinking that’s plagued baseball since its advent? For the pro-numbers crowd, it has to be an exciting prospect. While 2010 was the first tentative step toward eradicating the dominance of team-dependent stats like wins, this could be the blow that topples the fallen icons for good.

The difference now is that the race is much closer. You could even form an intelligent Cy Young argument for Scherzer, which wasn’t really possible with Sabathia and Price in 2010. And that’s exactly why 2013 might be the ultimate test of advanced stats. A triumph in an obvious race like 2010 means very little, because we couldn’t be sure whether the voting writers were delving much past ERA, IP, and strikeouts. This year, though, it’s going to take some real insight to look beyond Scherzer’s win and strikeout totals to see that Hernandez deserves the award.

Felix won’t lead the league in strikeouts (that one will likely go to Yu Darvish, with Hernandez and Scherzer finishing second and third). He may not lead the league in ERA (he’s second now, behind Hiroki Kuroda). Anibal Sanchez is currently edging him out in FIP, and he’s only seventh in WHIP. Chris Sale lasts deeper into games. Sanchez and C.J. Wilson allow fewer home runs, while six pitchers allow fewer walks. You get the point. Depending on how the year shakes out, he could end up leading in WAR and nothing else (though my guess is he’ll take the ERA and FIP crowns as well). To understand that he deserves the Cy Young, you need to take a holistic look at all the advanced stats and really, truly ignore the meaningless noise of Scherzer’s wins.

It won’t be easy, but if the voters are up to the task, we’ll finally be able to say that the revolution has taken hold. Until then, it remains in the mountains, waging guerrilla war against the entrenched powers, miles from the palace.

Did the Clash's Joe Strummer Actually Run the Paris Marathon?