MLB 13-Day Warning: Your Friendly Reminder That the Yankees Are Beginning the Season With a Potentially Terrible Infield 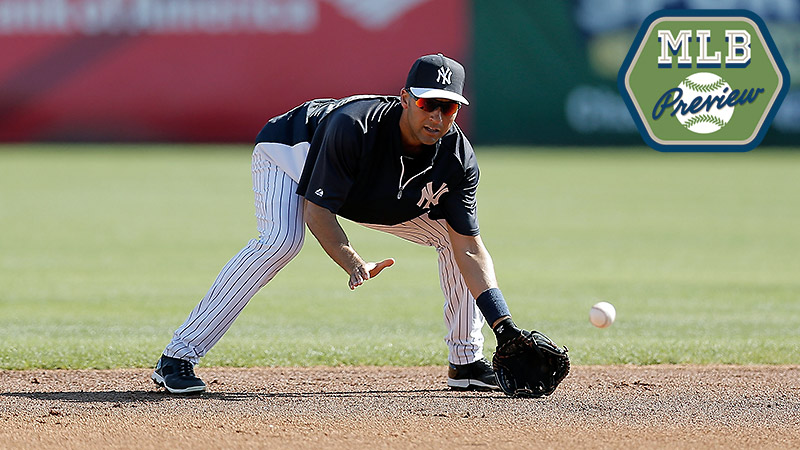 There may not be more entitled fans in all of professional sports than those who root for the New York 27 World Championships Yankees. They’re already growing impatient that a 28th World Championship has not been secured by the end of this sentence, because the God Damned Boston Beardsox spent the entire offseason waterfalling warm pints of Sam Adams Victory Ale off their Series trophy in the basement of the Cask and Flagon. (On more than one occasion, Dustin Pedroia has fallen asleep inside the trophy and nearly drowned when Napoli and Gomesy failed to shake him conscious before opening the beer-spigot, but that is a series of Instagrams for another time.) These fans, wracked by the unfamiliar pain of utter failure and staggered by their aging, injury-depleted team’s inability to ride an improvised life raft made of the ossified bodies of Vernon Wells, Lyle Overbay, and Travis Hafner over the swells of outrageous misfortune and to October glory, called out to the Pinstripe Heavens with one voice:

PLEASE SPEND MORE THAN 189 MILLION AMERICAN DOLLARS ON THIS ROSTER! DID YOU NOT SEE JOHN LACKEY WIPE HIS SWEATY UNDERPARTS WITH BABE RUTH’S GAME-WORN JERSEY?

And the Yankees ownership listened, because even the most robust luxury tax savings could not possibly erase the image of Lackey, slack-mouthed from the ecstasy of touching consecrated uniform wool to his sensitive areas, defiling a holy relic. The wrongheaded and severe austerity of Plan 189 was abandoned, and the front office was reissued its fully loaded money-cannons and ordered to shoot at whatever free agent made eye contact long enough to get a faceful of balled-up Woodrow Wilsons, so long as that free agent was not homegrown ingrate Robinson Cano.

In short order, the Yankees signed Brian McCann. And Jacoby Ellsbury. And Carlos Beltran. And, once self-improvement enthusiast Alex Rodriguez was helpfully shorn from the payroll by Commissioner I’m Tough on Drugs Now, Just Try Me, the Yankees also signed Japanese superstar Masahiro Tanaka. Glaring holes at catcher, the outfield, and starting rotation were filled.

But then a funny thing happened: The money-cannons ran out of ammunition, and there were no more targets worth shooting at anyway, no matter how many times Scott Boras catapulted a hog-tied Stephen Drew over the walls of Steinbrenner Field, screaming, “He’s always wanted to be a one-year third baseman, just ask him!” The much-whispered-about budgetary limit turned out to be invisible, not mythical. General manger Brian Cashman, who had been distracted by fun offseason games like “Shin-Soo Choo Has Exactly 24 Hours to Decide How Much He’d Like to Make $140 Million” and “Let’s Ignore the Fact That Carlos Beltran’s Knees Are Made of Melted Butter, We Can Just Strip the Other 15 Outfielders for Parts, Right?” finally looked at his infield depth chart and realized, whoops, the infield is a thing that needs good players in it, too. But at that point, there was nothing left to do but turn his pockets inside out, shrug, and say, “$417 million doesn’t go as far as it used to.”

When the fans (oh, we very reasonable fans!) look at that depth chart, we will try to think happy thoughts about the return of Mark Teixeira, who, even while recovering from a wrist injury, is an unquestioned upgrade over last season’s platoon of Overbay and tire fires of various intensities. So big an upgrade, in fact, that we’ll pretend not to be aware of his steady devolution into a slick-fielding Steve Balboni. At short, the Captain will provide an insatiable hunger for winning, up to seven innings of defense in one direction per night (excluding the “left” direction), and the excitement of a retirement tour that should make Mariano Rivera’s look like a birthday party at a second-tier Shakey’s after a hungover rent-a-clown eats all the pepperoni.

We are now done considering the good parts of the infield.

Should the ball be hit to second base, on most nights it will be handled by Brian Roberts, who is holding up surprisingly well for someone who was drafted by the Baltimore Orioles in 1944 because his failed physical left him unable to serve in the war. This is a stupid way of joking about the fact that he is old (though younger than Derek Jeter!) and often injured, something we can do to distract ourselves from depressing thoughts about how much fun Cano will be having up in Seattle, telling the kids on his new team about how $240 million means never having to read another bitchy NY Post column about not running out ground balls or resist the impulse to manicure yourself a stupid beard.

And at third, keeping the base warm while its serially disgraced former caretaker gallops through the poppy-flecked centaur fields of exile, is Kelly Johnson. He has some power and may have helped your fantasy team at one point. He is also not a third baseman, in the traditional sense of “a person who has frequently played third base.”

There will, of course, be other infielders on the roster when the team breaks camp, though their presence will not stop the wailing of the temporarily put-upon, nor the constant burn of their worry-bile: your Eduardo Nunezes, your Dean Annas, your Roombas with a broomstick and laundry basket bolted to them. And an almost creepy organizational surfeit of catchers (Cashman’s been a subscriber to Squat Aficionado for years now; he’s got more knuckleball-glove phones than he knows what to do with) keeps open the deliciously ironic possibility of a trade for a Mariner blocked by Cano’s billion-year, trillion-dollar contract.

But this infield is what the Yankees have now, a dozen sunrises from Opening Day. These are the guys.

And even when they throw it around the horn on that first game at the Stadium, before the giddy hope of a best-case scenario gives way to a spontaneous Roberts combustion on a slow roller, all we’ll be able to think about is what Lackey will do to a Lou Gehrig hat if the Red Sox go back-to-back.

We miss you already, Robbie. The door’s always open to an ugly, forced trade. You look better clean-shaven anyway. 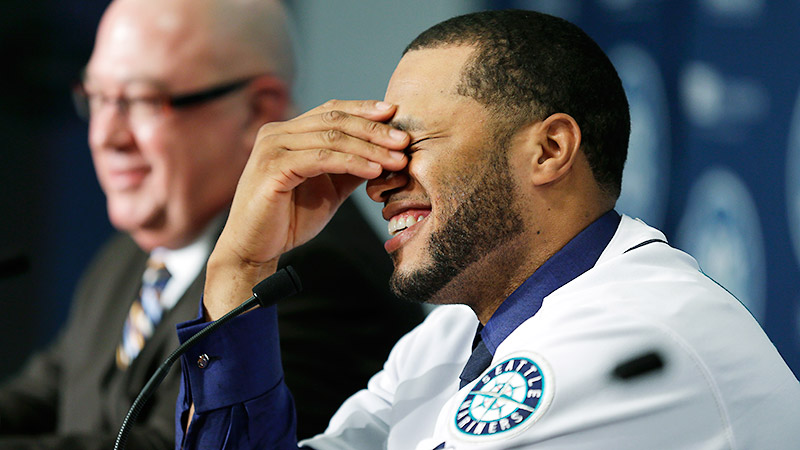