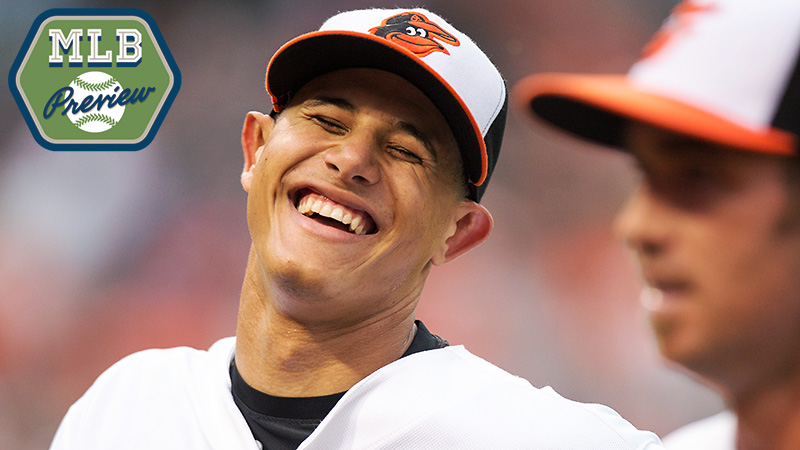 The ESPN SportsCenter app triggers a Pavlovian response. I hear that do-do-doo, do-do-doo, and I know something big has happened. I know there’s a chance it might be a good something, or maybe merely a “here’s a score” something, but more often than not, I expect it to be a bad something.

This is a byproduct of being a Baltimore Orioles fan. This is what happens to people who watch a decade and a half of losing baseball and start to think this is actually what Peter Angelos looks like. I’ve been conditioned to expect the worst, which is why I knew that a terrible, crushing sadness was about to wash over me when I heard my phone make that god-forsaken sound at 2:31 p.m. PT on Sunday. Sure, it could have been another Kentucky–Wichita State score alert, or maybe even something about Messi; as Grantland’s Brian Phillips had just pointed out, it was an eventful afternoon in the sports world. But I knew it was going to be about the Orioles, specifically Manny Machado’s left knee, the joint that has caused me more stress and anguish and worry this offseason than any other joint has caused CALM. And sure enough, there they were, staring up at me through that mocking black mirror, the nine words I’d been dreading with every fiber of my crab cake–and–Boog’s Barbecue–built body: “Orioles’ Machado to start season on 15-day DL.” If there was a lesson, it was this: Expect the worst, and you’ll never be disappointed; at least not any more disappointed than you’re already prepared to be.

What can I say? I have a sickness, and that sickness is also the byproduct of being a Baltimore Orioles fan: I want the Orioles to be good, so I believe they can be, and no player has done more to fuel that psychosis over the last two years than Machado. When Grantland staffers assembled a collection of Athlete of the Year submissions in December, I wrote a bit about Manny, and finding hope in dark places; Triangle boss Chris Ryan published it, because (a) we sit next to each other in the office, and he probably sees me gazing pathetically at my authentic O’s batting helmet (white panel front, cartoon bird, naturally) throughout the day, and (b) he’s a Phillies fan, so he knows all about bleak baseball outlooks.

Another Grantland coworker has played a role in my baseball catharsis, though less knowingly: I edit David Jacoby’s GRTFL file, which means I’ve had the pleasure of studying at the Juan Pablo School of Perpetual Positive Thinking these past few months, during which I’ve learned a very important lesson: “It’s OK.” You can’t make an intelligent, beautiful woman love you, and you can’t make a hurt knee a healthy knee in time for Opening Day, but everything is going to be OK.

Just as Andi’s exit opened the door for Nikki to pursue connubial bliss with JP, Machado’s DL stint may open the door for another young and gifted infield prospect. Jonathan Schoop, the organization’s top position player prospect and the no. 82 overall prospect in the game, according to Baseball Prospectus, has been competing with Ryan Flaherty and Jemile Weeks for the starting second-base job. Machado’s delayed return likely means that Flaherty will begin the season as the starting third baseman, increasing the 22-year-old Schoop’s odds of making the Opening Day roster. Schoop’s still a little raw, and this could definitely be an instance of rushing a prospect to fill a major league hole, but that’s exactly what the O’s did with Machado, and it seemed to work out OK. Who knows, maybe sharing an infield with J.J. Hardy, Chris Davis, and Matt Wieters brings something out in a kid that the dirt at Double-A Bowie doesn’t.

The Orioles’ Monday-morning acquisition of Tigers infielder Steve Lombardozzi adds another body to the second-base mix and puts a very real impediment in Schoop’s path to world domination, but that’s OK, too, because it reinforces the increasingly very real notion that the Baltimore front office is willing to act (even if in this case “acting” meant giving up a 37-year-old replacement-level shortstop in Alex Gonzalez). Offseason acquisitions Nelson Cruz and Ubaldo Jimenez don’t inspire a ton of confidence in their own right, and even less so with draft-pick compensation attached, but I was happy when they inked their respective deals, because at the most basic level, I was happy to see Angelos fork over some cash. It didn’t matter how much, or where it went, or even if it was well spent; it mattered that for a moment, the thumb-twiddling that’s defined the organization for so long gave way to something more.

Jimenez has looked awful this spring, which has surprised precisely no one, but you know what? It’s OK. Kevin Gausman, a 23-year-old righty with a fastball as hard as he is tall, has looked unhittable in March, and while he may start the season in the minors anyway so that he can earn consistent innings, he should be a fixture in the big league rotation before long.

Dylan Bundy, who was Baltimore’s top pitching prospect before Tommy John surgery knocked him down one peg below Gausman, is rehabbing well and could be back by June. Zach Britton and Brian Matusz, who had the honor of being the team’s Gausman and Bundy before Gausman and Bundy arrived, are likely bullpen-bound, but they both look sharp and could be key contributors this year, particularly Matusz, who’s rediscovered his changeup this offseason.

And yes, my throwing props Matusz’s way tells you everything you need to know about my fandom and mental state, and brings us full circle: I’m fully willing to admit that a guy with a 5.13 ERA, 4.49 FIP, and 4.6 total WAR over five MLB seasons probably isn’t going to become a star, or even a truly reliable arm. Yet when Matusz throws a slider that looks like it can bend time, I can’t help but think that it’s going to be OK.

This is the curse of being an Orioles fan, but it’s also the gift. I don’t care that every single analyst with functioning fingers or vocal cords tells anyone who will listen that the O’s have a two-year window in which to win, before Davis and Wieters sign elsewhere for boatloads of money and Adam Jones goes from being a star in his peak to a former star past his prime. I know that Machado’s knee will heal, and Bundy’s elbow will shortly thereafter, and that even if the Birds fail to give me a championship, they’ll at least bring me some form of joy 162 times this year. It’s the new Oriole Way, and a new kind of Oriole Magic.