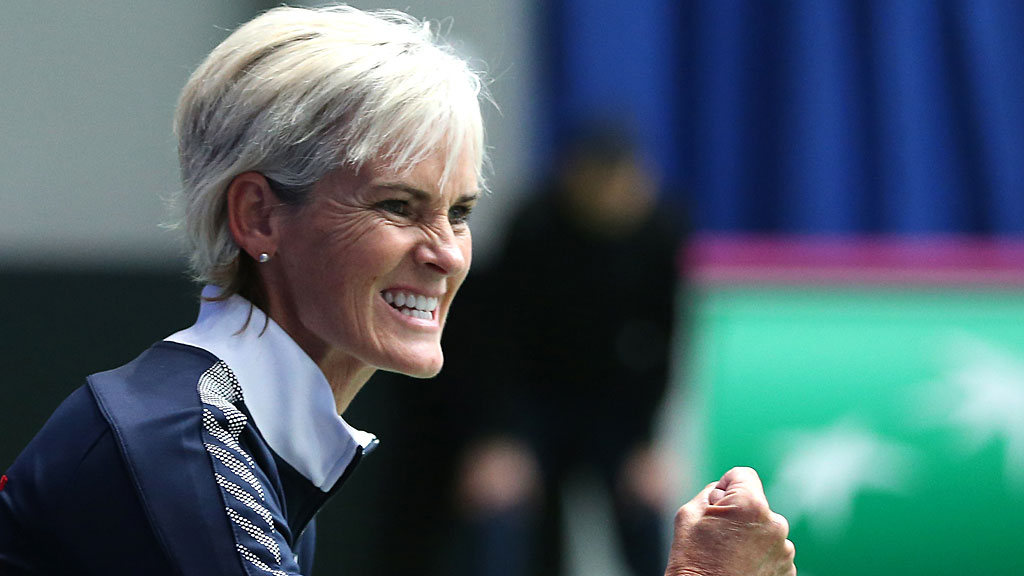 Not true. Moms are people just like anyone else. It’s a big world, Belinda. A mom needs hobbies. At this moment, your mom could be planing a bookcase. She could be kicking a hot yoga class in the teeth. Or, if she’s anything like Scottish tennis star Andy Murray’s mom, she could be ruthlessly destroying Yoko Ono on Twitter.

Judy Murray has personally owned the “destroying Yoko Ono on Twitter” space since at least last October, which is the point where my browser crashed as I conducted this exclusive Grantland investigation (i.e., scrolled down through Murray’s timeline while trying to decide whether I wanted an orange). Yoko Ono’s Twitter presence, in case you don’t follow her, goes in pretty hard for the daydream-squiggly-peace component of late Beatlemania; maybe the easiest way to imagine this is to think about how annoying John Lennon would be if he were on Twitter. You get a lot of:

Next time you meet a 'foreigner', remember it's only like a window with a different shape to it and the person who's sitting inside is you.

And a fair amount of:

And a not inconsiderable helping of:

When you burn the chair, you suddenly realize that the chair in your mind did not burn or disappear.

And also the occasional #PUSSYRIOT update, which, OK, cool.

Anyway, at some point Judy Murray discovered @yokoono, and after a hard Scottish stare and what I imagine was a cackle you could light dry leaves with, she decided she was not. Having. One. Bit. Of. It.

"@yokoono: Tape the sound of the moon fading at dawn. Give it to your mother to listen to when she's in sorrow." Whaaaaaaaaat???????

Shots fired. After that initial shock, @judmoo’s early trolling was carried out in a tone that was bantering, even playful:

"@yokoono: Fly out into space. Listen to the music the Earth, the planets, the universes are making." I'll have some of what she's on….:-)

"@yokoono: Whisper ur dream to a cloud. Ask the cloud to remember it." Ok cloud….I dreamt that I was married 2 Curly Watts. Remember that.

"@yokoono: Make a promise to a tree. Ask it to be passed on to other trees." Treemendous. All I'm saying.

But a basic respect for pragmatism soon led to a certain impatience:

"@yokoono: Dangle empty cans and bottles all over your body. Dance without making a sound." Not happening.

(I really get this one. I mean, what is wrong with you, Yoko Ono? I bet Linda McCartney could identify the components of a chair.)

The replies got more sarcastic:

@yokoono me too Yoko. Me too.

"@yokoono:This is a room without a window.People tend 2 think that sunlight is not coming in2 the room when there is no window." Wonder why.

Before long, Judy Murray was calling Yoko out through the medium of photography:

Dear @yokoono, I went to see ur exo today in Sydney. Mesmerising. All I'm saying. pic.twitter.com/y3yOyUm7vN

And openly mocking her advice about using cards with “SPACE TRANSFORMER” written on them to transform objects you want to change:

"@yokoono: Attach a card saying SPACE TRANSFORMER to the room and/or object you wish to transform". Did it…..nothing happened. What now?

She even used Yoko-taunting as a springboard from which to discuss her own true passions:

After months of defeating Yoko Ono on every rhetorical battlefield in their war, however, @judmoo mostly just wanted her adversary to shut up:

(This is a fascinating debate, though, right? I mean, on the one hand, yes, if you clean up the water inside your body, you will be an oasis for the whole world, even if the world does not acknowledge your efforts. On the other hand, facepalm. I really see both sides here.)

Yoko has yet to respond to Murray’s provocations, unless you count “continuing to be Yoko Ono 24 hours a day” as a response. So really, our end is our beginning is our ending. Judy Murray remains the baddest mom in tennis. Yoko Ono is not the baddest mom in tennis, but then, none of her kids are tennis players. In socialist omniconscious heaven, John is definitely on Yoko’s side, but I bet a couple of Judy’s wisecracks have put the old Liverpool glimmer back in his eye. Turn left at Greenland!