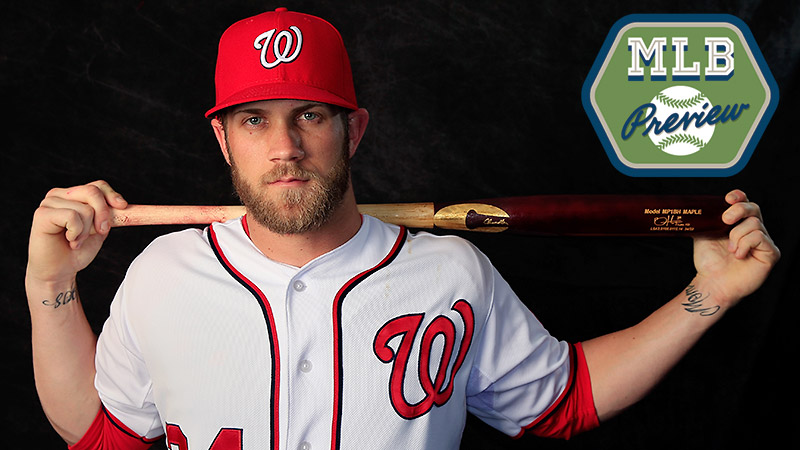 It’s very easy to take the exceptional for granted if you’re exposed to it for long enough. That seems to be happening with how baseball fans view Bryce Harper, and it’s both criminal and puzzling.

Harper is still just 21. Few baseball stars are known commodities by that age, but consider what Harper has already achieved: In 2009, he was Baseball America’s high school player of the year as a 16-year-old sophomore. After getting his GED and enrolling at the College of Southern Nevada, he won the Golden Spikes Award (baseball’s equivalent to the Heisman Trophy) at age 17. Harper spent 2011 and the first month of 2012 in the minors, but once he reached the majors at age 19, he posted a five-win season, made the All-Star team, and earned NL Rookie of the Year honors.

The most amazing thing about Harper is how much he’s achieved at such a young age, and that combination of youth and success continues to augur precisely the kind of future most predicted for him when he made the Sports Illustrated cover as a teenager. Consider this: In the expansion era, only four teenagers have qualified for the major league batting title — not won a batting title, but merely achieved the modest goal of having batted 502 times in one season. Robin Yount is in the Hall of Fame, Ken Griffey Jr. will be once he’s been retired long enough, and Rusty Staub had a 23-year, 45-win major league career. And then there’s Harper, whose 5.2 WAR in 2012 was more than what Yount, Griffey, and Staub produced combined in their age-19 seasons.

And yet somehow, Harper has already become old news. Across the baseball world, people are talking in hushed tones about the limitless potential of Byron Buxton — he could be the next Mike Trout, they say, because of how well he’s playing at such a young age. Well, Harper has put in almost 1,100 major league plate appearances, and he’s only 14 months older than Buxton, who’s not expected in the majors until the end of this season at the earliest.

Life under the radar is a very new experience for Harper, who spent much of the past five years making magazine covers, wearing regrettable eye black, getting regrettable haircuts, showing up pitchers, getting tossed from college playoff games, bashing his face on outfield walls, and driving a gaudy customized Mercedes-Benz. With baseball being baseball, this all made Harper a magnet for criticism. Would his arrogance and perceived selfishness prevent him from living up to his outrageous potential? asked men who’d somehow forgotten about Michael Jordan, Ted Williams, Kobe Bryant, Tiger Woods, and Wayne Gretzky.

Considering Harper hasn’t failed to live up to his outrageous potential, it’s truly shocking how little we’ve heard from or about him since the Outfield Wall Incident of 2013.

His talent and charisma remain just as exceptional as they were two years ago. Harper is certainly more visible than the average ballplayer, but he’s been replaced in the public consciousness by two more exaggerated archetypes: Yasiel Puig and Trout. Puig is now the electrifying and polarizing demigod, whose skills are so flashy and whose force of personality is so extreme that some wondered, hilariously, whether he’d miss a cutoff man at the wrong time and undo the good his .319/.391/.534 rookie batting line had done for the Dodgers. Or something. And while Harper produced nine WAR through his age-20 season, Trout is the only expansion-era player who’s produced more value at that young of an age, posting a 10.9 WAR in his age-20 season alone. This shift makes sense to a certain extent, because Harper is not as good of a player as Trout or as good of a Rorschach test as Puig. Plus, nobody in Washington — least of all Harper — seems particularly put out by the attention going to his peers.

At least Harper is well positioned to regain his place in the zeitgeist. He may be the key offensive driver for a Washington Nationals team poised for a playoff run, and he could make the leap from “good at a preposterously young age” to “Troutian” at any moment. He could hit 40 home runs this season, or score the winning run in an NLDS game, resetting the hype machine in the process, and making it seem preposterous that anyone ever needed to issue a reminder about Bryce Harper.

I hope he does, because something about this feels unfair. Before Trout came up, nobody that young had ever been that good. That’s also true for Harper, and we’ve forgotten.

Yo, Lance, phone's for you.

About Last Night: Return of the Big Dog