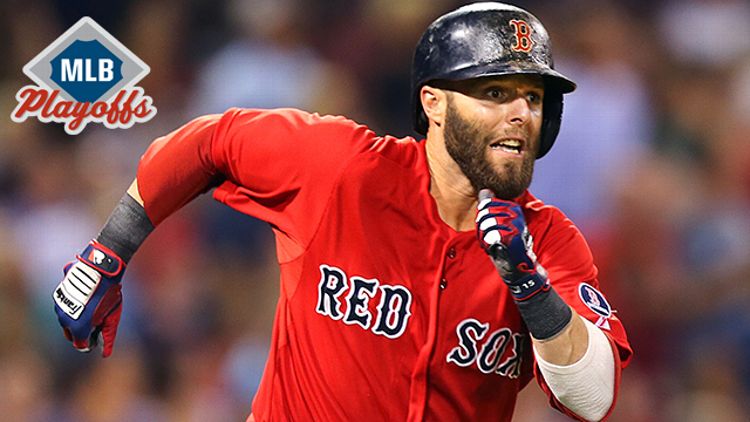 The playoffs are a time for triumph and joy, and in a month our lasting image for the season will be some team celebrating a World Series win with champagne and goggles. But it would be wrong to ignore the flip side of that coin. Wayyyy more teams will lose, and their fans will suffer heartbreak and pain. Plus hatred. Deep, ugly, satisfying hatred. The harsh fact is that if you’re a fan of the nine remaining teams, there’s an 88.888888 percent chance that you’ll end up watching someone else’s champagne bash with envy and bitterness. You don’t want to admit it yet, but you probably are the 89 percent. To help you prepare, here’s a quick primer on the most hateable player from each of the remaining teams.

Why You’ll Hate Him: He’s an evil sprite from a magical universe who delights in playing impish tricks on humans. He covets shiny things, and he’s impossible to capture. He will cackle as he watches your team suffer, and he delights in torturing cats. He’s also a really good second baseman, a good teammate, and one of those gritty/gutty types. Totally despicable.

Honorable Mention: John Lackey (that stupid look), Josh Beckett (no longer on the team and is injured, so not really on the Dodgers, but has earned a lifetime achievement award in Boston)

Why You’ll Hate Him: The game’s best offensive force, probable winner of the AL MVP, last year’s Triple Crown winner, nearly impossible out. Also, unlike the band Sublime, he actually practices Santeria, and is a Babalawo (“father of the mysticism”), which Wikipedia tells me means he’s a priest of a “divination system” called Ifa. Basically, the dude is a powerhouse in both the physical and spiritual realms. Terrifying and maddening.

Why You’ll Hate Him: He’s 40 years old, paunchy, can no longer break a pane of glass with his fastball, pretty much only throws a fastball, was linked to Biogenesis and suspended 50 games after testing positive for testosterone, and he used to play for the Yankees.

OK, look. The truth is that Bartolo Colon is pretty awesome. But it’s hard to hate anybody on Oakland, and this is the best I could do.

Why You’ll Hate Him: This is a wonderful day! As a Yankee fan, do you know how glorious it is to finally be able to hate Nick Swisher unfettered by guilt? The preening, the posing, the constant hamming? I’ve spent years of my life trying to love him, and it may have been possible to overlook all that if it hadn’t been for one other little problem: He’s a total disaster in the playoffs. Seriously, Cleveland fans, I advise you not to look at his career postseason batting average. Swisher is such an obvious choice for Cleveland primarily because pretty soon, his own fans will hate him too.

Honorable Mention: Chris Perez (more self-hatred, will blow at least one save if the Indians make it to the divisional round)

Why You’ll Hate Him: So cocky! Doesn’t play the game the right away! A real me-first strutter! He’s a strutter, everyone! THE GUY STRUTS! On a sadder and realer note, his idea of a hilarious joke is writing homophobic slurs in his eye black, which earned him a suspension last year. And he’s earned a reputation as a clubhouse cancer pretty much everywhere he has played.

Why You’ll Hate Him: This was a really tough pick, because while I tend to hate B.J. Upton and Dan Uggla, neither of them are playing very well and were on the verge of not even making the playoff roster. So I guess that leaves Freeman, because he’s good and he was the beneficiary of a coordinated voting campaign by the Braves and Blue Jays to earn the final All-Star spot for the National League, before withdrawing because of injury. You don’t make deals with Canadians, Atlanta! That’s treason! (Look, my case for hating Freeman isn’t watertight. I get it.)

Why You’ll Hate Him: I can’t shake the feeling that there’s a deep, thoughtless vacancy behind those eyes. He strikes me as the kind of guy who has never cried, and is puzzled when he sees it happen in other people. He also has a history of terrible defensive and baserunning plays in big moments, which, again, makes me think he’s a sort of unthinking offensive wrecking ball. It will be super aggravating when he hits a home run against your team, like reliving the moment when the biggest dude in school shoved you into a locker without really considering why he was doing it.

Why You’ll Hate Him: PLAYS THE GAME THE WRONG WAY! ANOTHER LAZY-BOY STRUTTER! WE’VE GOT ANOTHER STRUTTER! Obviously, the truth is that Puig is the man, and he’s great for baseball. But he does conduct himself very casually in the field, and when your team is getting beat into the ground, there’s nothing worse than feeling like the enemy is indifferent. Puig will kick your ass, and he’ll make you think that he barely cares and is quietly a bit miffed that he even has to compete against such mediocre competition. DAMN YOU, STRUTTER! LOOK AT HIM DO THE WORM! He probably even jumped in the Arizona Diamondbacks’ pool, which was the most offensive and classless act that has ever been committed by a group of human beings.

Why You’ll Hate Him: Like Oakland, it wasn’t easy picking a Pirate to hate, and the truth is I love Burnett to death. But when you’re making a hate list, you have to include certain concessions to the larger population, and I know the sanctimonious St. Louis fans (most intelligent in baseball!!!) will judge Burnett in their silent Midwestern way for his tattoos and his Arkansas redneck style. They’ll be aghast at the way he spends the entire game grimacing in anger, even after he’s done something great. They’ll whisper about how he has dyed his hair and worn earrings. And they’ll hate, hate, hate it if someone they’d turn their nose up at on the street beats them. Personally, I hope he throws a perfect game against the Cardinals and out-duels Adam Wainwright in Game 1. But I’m a man of the people, and this one’s for you, Missouri. Hate away.