The Gausman Gambit: Why Is One of Baltimore’s Best Starting Pitchers Stuck in the Bullpen? 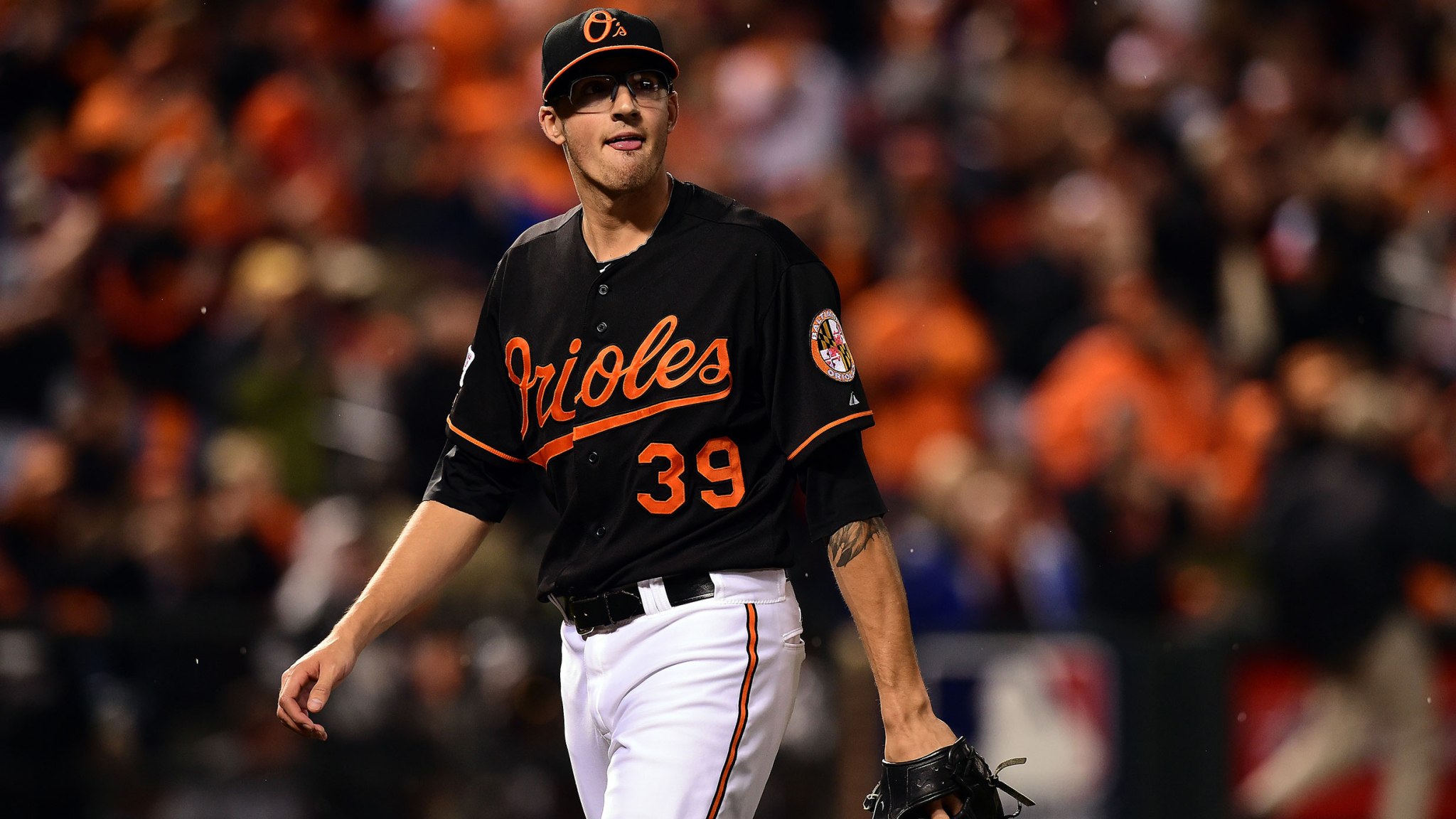 Kevin Gausman is Baltimore’s most talented starting pitcher. The fourth overall pick in the 2012 draft and the no. 10 prospect by Baseball Prospectus coming into last year, the hard-throwing righty put together an impressive rookie season in 2014: Over 20 starts, Gausman recorded better than league-average numbers in both park-adjusted ERA (8 percent better) and park-adjusted FIP (12 percent). With the pedigree of an ace and the kind of stuff that gives hitters nightmares, the 24-year-old figured to earn a starting-rotation job right from Opening Day for the first time in his career and become a franchise fixture for the foreseeable future.

So, what was he doing pitching two-thirds of a relief inning in Baltimore’s 4-3 win over the Yankees last night?

Last year, Gausman earned his first call-up in May to make a spot start against the Tigers — only to be sent down immediately afterward. But once Miguel Gonzalez went on the DL in June, the rookie was recalled, and a further combination of relatively minor injuries to various starting pitchers and Ubaldo Jimenez’s ineffectiveness opened up a consistent rotation spot through the end of the season. However, come playoff time, Gausman moved to the bullpen, where he was lights-out: eight innings, seven strikeouts, four hits, two walks, and one run.

Heading into this season, the O’s had five healthy veteran starters — Chris Tillman, Wei Yin-Chen, Bud Norris, Gonzalez, and Jimenez — plus Gausman. While detractors have referred to that group as “five no. 4 starters,” the youngster, who is clearly one of the five best starters in the organization, lost out. But in what promises to be an über-competitive AL East, can the defending champs really afford to relegate their most gifted arm to long relief duty?

Despite an increasingly short leash for relievers around the league, the Orioles’ plan, according to general manager Dan Duquette, is to use Gausman in plenty of multi-inning situations. In three appearances so far this year, Gausman has pitched 4.1 innings but conceded five hits and allowed five runs (four earned) and four walks to go along with four strikeouts. Last night against New York, he didn’t even make it out of the eighth inning.

The sample size is too small and the season too young for any alarm bells to sound, though. And Duquette maintains there are two benefits to keeping Gausman in the pen.

The first: “The number of pitchers and pitches it takes to succeed as a championship team is formidable,” Duquette said. “Having Kevin to support our rotation, right behind them, should help us win a few ballgames.”

The second is that it gives Gausman a chance to develop in the majors, rather than facing the weaker competition — and the confidence blow — that comes with a demotion to Triple-A. This is the same approach that legendary O’s manager Earl Weaver took when seeking to develop his staff’s top pitching prospects.

“The experience pitchers get in the big leagues, there’s nowhere else you can get that experience,” Duquette said. Plus, by using Gausman for 30 or 40 pitches at a time instead of 10 or 15 the way most relievers are wielded, the young right-hander will be forced to use all his pitches to succeed, rather than relying almost exclusively on hard fastballs. “He’ll get an opportunity to use his entire repertoire,” Duquette said.

Of course, that second benefit is predicated on the idea that Gausman won’t be a starter right now. Sure, if he’s not starting, you’re better off still having him in the bigs — but why not start him?

Now, there’s also a third reason that Duquette never offered but other sources have suggested: With everyone healthy, it makes sense to try to trade one of the more expensive veterans at some point, both to clear a spot for Gausman and to acquire a bit of talent in return. Those vets become more marketable if they’re starting, as opposed to throwing long relief — even if the guy in the pen is already better than most of them.

Since his MLB debut on May 23, 2013, Gausman has thrown 2,937 pitches, and according to Brooks Baseball, more than two-thirds of those have been four-seam fastballs. Now, there are your standard fastballs, and then there are Kevin Gausman fastballs. His is an absolute screamer, a blazingly fast pitch that he can throw up in the zone and results in plenty of fly balls, uncommon for a four-seamer, and plenty of whiffs.

In relief, Gausman should be able to pump up his fastball velocity by a few miles per hour without worrying about conserving energy. But that doesn’t mean he hasn’t let it rip when he’s received a starting nod in the past. Since 2008, according to Brooks Baseball’s Harry Pavlidis, only 24 starting pitchers have thrown at least one fastball that’s reached 100 mph — and Gausman has done it three times as a starter.1

Despite that face-melting velocity, what makes Gausman’s future look so bright is that repertoire Duquette mentioned earlier. Gausman complements his fastball with a very promising splitter that effectively acts as a split-change. Although he’s thrown the pitch only about 18 percent of the time in his young career, the results have been dazzling: When batters have swung at Gausman’s splitter, they’ve missed it nearly 50 percent of the time.

While the curveball he’s added this year is too new to judge and his slider did so little for him earlier in his career that he hasn’t thrown a single one this season, Gausman already owns two pitches that could be plus-plus in the big leagues. Once he gets back in the rotation, he could be a star.

So, when might that happen? Jimenez, who signed a four-year, $50 million contract two offseasons ago and then proceeded to pitch terribly in 2014, seemed likely to lose his job to Gausman this spring, but he just torched the stacked Blue Jays last week to the tune of eight strikeouts and one hit in seven innings. Combine that with Gausman’s early-season struggles, and his return to being a starter might already be delayed.

“These things have a way of working themselves out,” he said. “Talent always plays.”