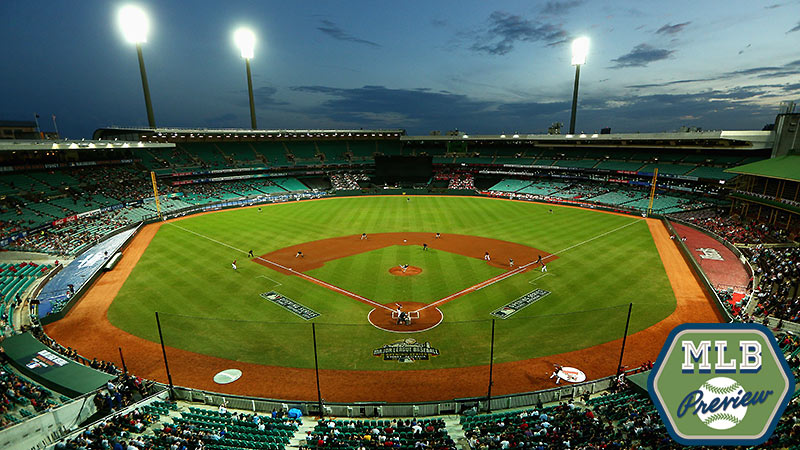 This weekend, while all 28 other teams are preparing for the final week of spring training, the Dodgers and Diamondbacks will play their first two 2014 regular-season games in Sydney, Australia. It’s a pretty weird way to start the season, but it’s kind of, sort of, technically, we guess the official opening note of the 2014 campaign, so here’s everything you need to know to prepare for some crack-of-dawn viewing.

So, they’re going to Australia. Why?

To grow the game overseas, to build the brand, and so forth. The NHL went to Europe a couple years ago, and the NFL now annually plays a regular-season game in London. (The Jaguars are going every season, presumably as payback for British sins against America, like the Stamp Act and Piers Morgan.) This isn’t even new for MLB, which has staged series in Mexico, Puerto Rico, and Japan before.

Those places make sense, though. Do they even play baseball in Australia?

Kind of. Baseball isn’t as big in Australia as it is in Japan or the U.S., but more than a few Australians have played major league baseball, and some of them have been pretty good, like Grant Balfour and Graeme Lloyd. The Australians have also played in all three World Baseball Classics, won a silver medal at the 2004 Olympics, and have their own professional league, the ABL. In fact, the Australian national team will play one exhibition game each against the Dodgers and Diamondbacks in advance of this weekend’s MLB series.

Hey, since it’s the Southern Hemisphere, do they run the …

No. They do not run the bases backwards in Australia.

When do the Dodgers-Diamondbacks games start?

Thanks to some time zone hanky-panky, both games technically start on Saturday from our perspective. The “Saturday night” game is at 4 a.m. EST, while the “Sunday afternoon” game starts at 10 p.m. EST. MLB Network will broadcast both games. 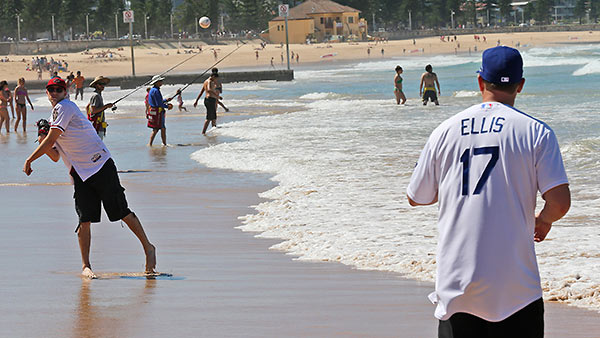 So they’re playing in an ABL park, right?

Nope. Those are all too small, so they’re playing at Sydney Cricket Ground, which has been converted into a baseball field for the occasion. (Cricket stadiums are oval in shape, apparently.) Also, there’s a section of seats in right field called the Brewongle Stand, which is just delightful.

That makes me want to go sing “Waltzing Matilda.” So if these teams are playing two regular-season games this weekend but not resuming the season until the following weekend, what will they do in the interim?

Well, the Dodgers and Diamondbacks will come back to the U.S. and play more exhibition games, which is sort of weird. As a result, neither team will be required to make its final cuts this weekend. Each team is heading abroad with a larger traveling party (31 players for Arizona, 30 for Los Angeles), from which both will select a 25-man roster for the opening series. Arizona gets the extra man because Diamondbacks pitcher Ryan Rowland-Smith will play for Team Australia in the exhibition games.

It is. A bunch of familiar faces won’t be making the journey Down Under, whether because of injury, in Matt Kemp’s case, or paternity leave, in Carl Crawford’s case. The Dodgers have also rather conspicuously left Zack Greinke home in the wake of not only of a calf injury, but also the right-hander’s noisy lack of enthusiasm for the whole enterprise. So Clayton Kershaw will start the opener against Wade Miley, and Hyun-Jin Ryu will start the second game against Trevor Cahill. The Aussies were, like, real mad about Greinke’s comments, so maybe this is the best way to avoid a diplomatic incident.

Speaking of diplomatic incidents, why did MLB send the Diamondbacks to Australia?

What do you mean? The D-backs play in the desert and are named after a creepy, poisonous animal; they’re the most Australian team in the league. Don’t they have diamondback rattlesnakes in Australia?

Weird. Still, I suppose there’s a danger that any team featuring Kevin Towers, Kirk Gibson, and Miguel Montero will lead to a koala getting beaned for looking at Towers funny, or Montero deciding he finds AC/DC’s music unnecessarily ribald and starting a fistfight with Angus Young. But I’m optimistic.

And you haven’t even mentioned that the Dodgers are bringing Brian Wilson. There’s no way this ends well, is there?

Wow. All of a sudden, I’m a little worried. Though, the Dodgers could leave Wilson in Sydney. That would be awesome. 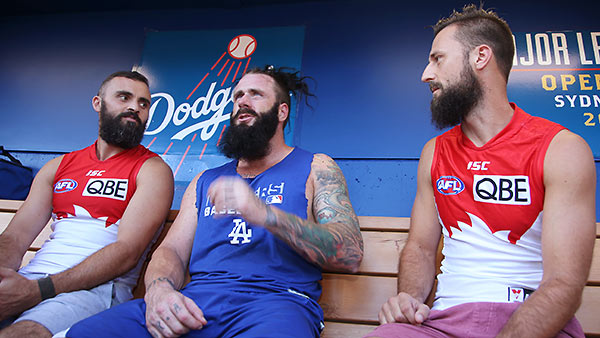