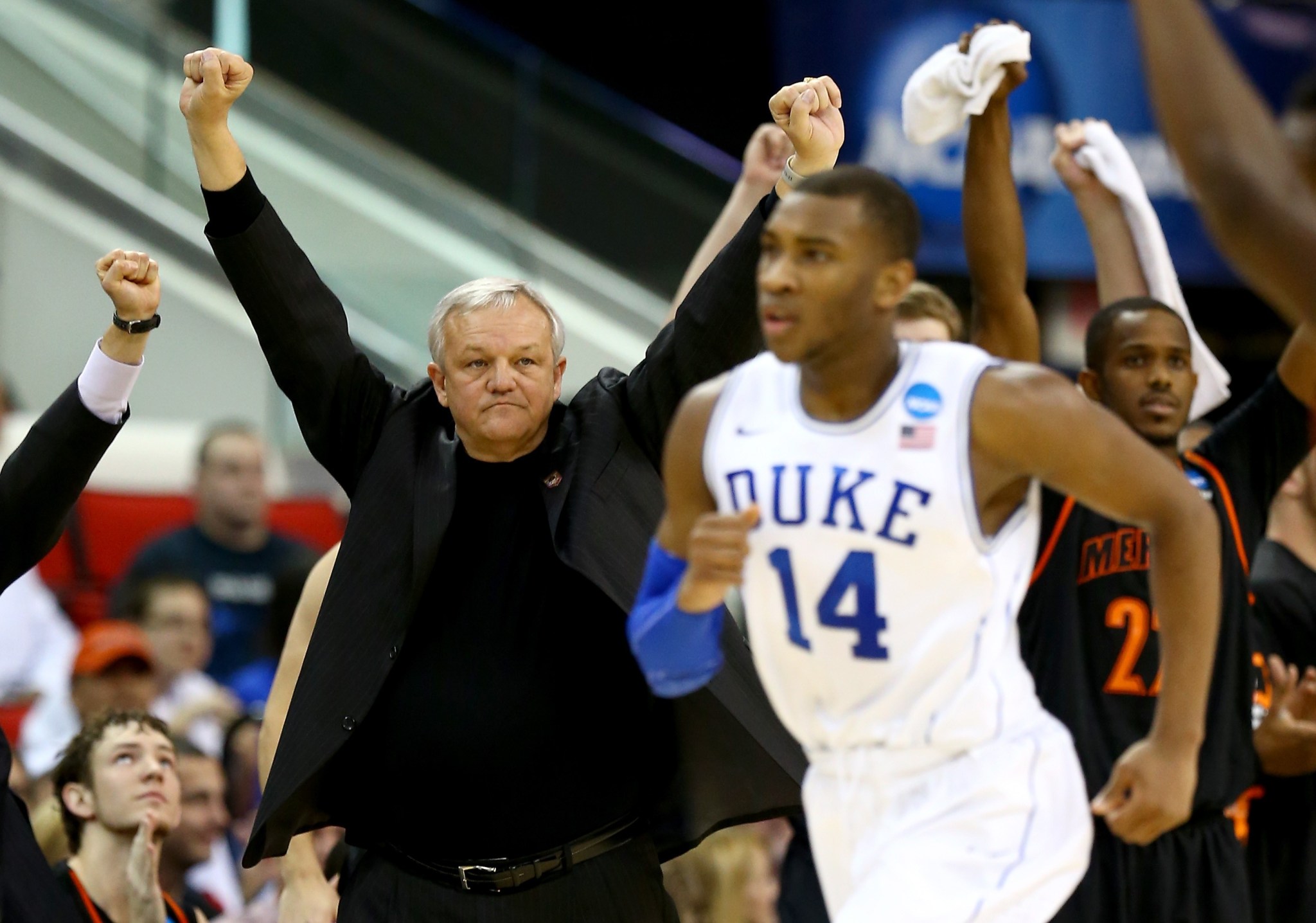 We made it. Every year after the Super Bowl, we hit this six-week lull in the sports cycle where everyone just quietly shuffles along and tries their best not to get too depressed. At some point there’s just nothing going on and we all end up watching the Oscars to cope.

We hit the same lull in July and August, too, but it’s summer then. Everyone just goes on vacation and ignores the world. In February? Nothing to do but stare at your computer and watch NBA games that barely matter, or watch people get all fired up about where Blake Bortles lands in a mock draft. It’s awful.

The NCAA Tournament is here to save us now. With that said, let’s take a quick look at the best and worst things in sports this week … awww, who am I even kidding? DUKE LOST THAT IS THE BEST THING IN SPORTS THIS WEEK.

Most of this column was written last night, but seriously just skip everything and go to the end.

I don’t even know what my favorite entry on that list would be, which is probably the best thing you can say about March Madness. It’s impossible to choose a favorite thing. The NCAA tournament is sports on steroids, and also sports drunk.

(The above paragraph is a lie, though.)

(Bill Raftery is the best thing on any list.)

WORST: Bracket capitalism. Was it always this shameless? Probably? Maybe? This year Yahoo Bracket Challenge demanded I give them my cell phone number to “verify” my account, and there was a questionnaire to see if Dan Gilbert’s awful loan company could help me refinance my house. What the hell is happening?

Also, you know, the NCAA is atop the shameless power rankings forever.

The NCAA has banned me from drinking out of my water bottle on press row because it doesn't have an NCAA logo on it. Can't make this up.

WORST: March Madness viral campaigns. “Oooh, he said ‘bracket,’ that insurance company watches the tournament too! Maybe I should check out its website!”

Your bracket is toast, send it to me, I’ll make it official #MarchMayhem   pic.twitter.com/8YFapD4QjT

BEST: Day 1!!!!!!!! Started with a thrilling ending in Dayton-Ohio State, ended with New Mexico State and San Diego State in overtime, and in between there were multiple games in every time slot that were legitimately great. Saint Joe’s–UConn, NC State–Saint Louis, Arizona State–Texas, North Dakota State taking down Oklahoma. Everything.

It was all there on the first day.

March Madness in one screencap. pic.twitter.com/YBF5CQML8M

It’s rare for events with this much hype to actually live up to any of it, but the NCAA tournament does it almost every year. Add that to the list of great things about March.

WORST: Sympathizing with Aaron Craft. That horrible jump shot, that obnoxious defense, the announcers rhapsodizing over his toughness and effort, and the college career that lasts seven years. He’s the prototype we’ve been rooting against for 20 years. He was created to be hated.

Which is why it was horrible to watch him lose yesterday and find myself not enjoying it even a little bit. The same thing happened to me when AJ McCarron’s final Bama game ended in disaster. After all the hate and all the jokes, at the very end you realize that it’s all pretty unfair. All they did was work hard and make the most of their talent. It’s not their fault that a bunch of stuck-up old white people turned them into messiahs.

This is the worst. When the sports fantasy world of heroes and villains begins to crack, you start to look at it like a real person, and then you feel bad for being such a sarcastic asshole their entire career. It’s more fun to look at athletes like cartoon characters, but at some point you will always remember that they are real people who are generally pretty much OK. (Or, in the case of DeMarcus Cousins, possibly pretty miserable to be around on a daily basis.)

Anyway, this was me with Aaron Craft yesterday. In the end, maybe he wasn’t so bad. If you knew him, you’d probably like him. And that’s so much more than we can ever say about AJ McCarron.

BEST: Kyle Andersons. There were probably all kinds of great reactions to Thursday’s tournament games.

But none better than this.

The legend of SloMo knows no bounds.

OK now let’s run through the rest of the sports world real quick before we jump back to college hoops.

WORST: The Pacers. Probably the best example we’ve ever seen of why the NBA schedule needs to be shortened. Even the good teams that try every night get horribly depressing by the end of the regular season. We need to stage an intervention and get Paul George and Roy Hibbert out of Indiana and off the court for the next month. It’ll be worth it by the time the playoffs get here.

BEST: Phil and The Knicks. I’m not guaranteeing this whole experiment will be hilarious in three years … but we should prepare just in case. Bookmark this story about James Dolan wooing Phil Jackson with ATVs in the desert. (Right next to the stories about the Redskins celebrating RG3 in the Bahamas and having a drunken sleepover at Mike Shanahan’s house.)

BEST: The Illuminati. Lorde was live-tweeting a Bulls game this week. It was weird and great, exactly like Lorde.

Few points here: (1) Lorde slandering Carlos Boozer could’ve been the greatest moment in NBA Twitter history. (2) Five months later, I’m still embarrassed to love Lorde’s album as much as I do. But really, it’s perfect. (3) Whichever Illuminati officer discovered Lorde and brought her to the world should really get a promotion and a lifetime’s riches on Tupac’s secret island in the Pacific.

WORST: The NFL’s psychotic halftime show lawsuit. Remember those old public enemy no. 1 posters people had for bin Laden? Roger Goodell sits alone in his wood-paneled office every day, clenching his fists, glaring at one of those posters with M.I.A.’s face in the middle.

WORST: Jim Irsay’s DUI. Every now and then we see DUI stories that are kinda funny (like Reese Witherspoon and her husband), and all DUIs are obviously stupid and depressing on a basic level, but then sometimes there’s DUI news that is just scary and awful, because it’s clearly part of a much bigger problem. This would be Jim Irsay, Aldon Smith last fall, Justin Blackmon … All of them were pretty horrible. For Irsay’s part, he’d supposedly been sober 15 years and was kind of this lovable crazy person on Twitter, but now we find out he’s been battling pill addictions for “several years” and has gone from 235 pounds to 165 over the past few years. Addiction is terrifying. Here’s to hoping Irsay figures this out.

WORST: Never click on stories about Steve Francis in 2014. It’s a good rule. I couldn’t avoid this on Twitter yesterday, but you can.

BEST: Definitely watch Steve Smith on Good Morning America. The full story’s here, and there’s video, and if you don’t get a little emotional when the kid goes for the hug, your heart is made of stone. It’s the greatest daytime TV appearance since DeSean Jackson on The View a few years ago. Whoopi Goldbird forever.

OK, back to college basketball. 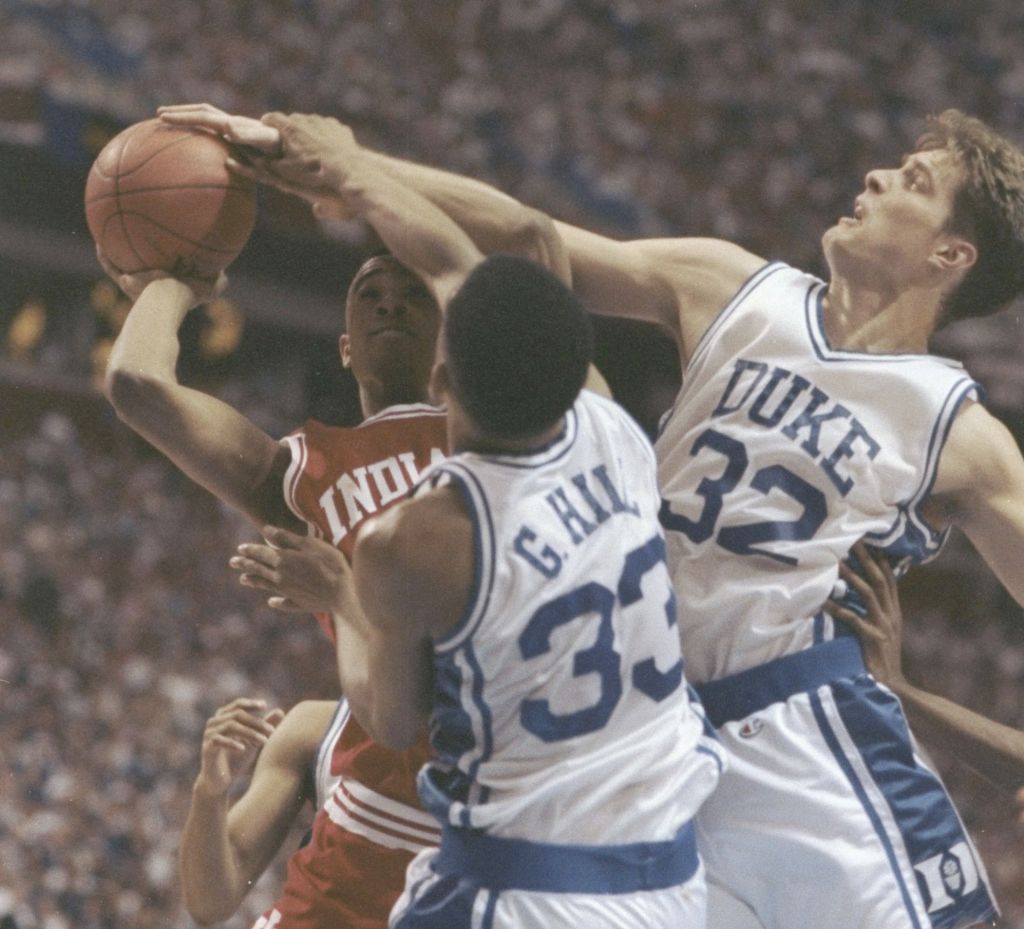 WORST: Backlash to the Duke backlash. Grant Hill sounds like he has a point when he says people hate Duke because “we had a lot of really good white players,” but no.

It’s definitely true that almost all of the most hated Duke players ever were white. (Except you, Battier.) Also true: A lot of the players whom people hated at Duke were exactly the kind of scrappy, crappy players that were miserable to play against back when you were playing sports, and miserable to watch as a fan. And they were inexplicably adored by the media, which only made them more insufferable. This would be the Wojo and Greg Paulus category (or the Aaron Craft category).

But then there were also white guys who were actually great players, but aggressively obnoxious their entire time at Duke (Christian Laettner, J.J. Redick). Even Redick admitted this.

“I probably deserved it,” he told Grantland when we asked about the hate last year. “I was sort of a prick. I watch video now of me in college, and I just think, What are you doing, man?”

Boom. There’s your proof. Grant Hill is a liar.

Besides, the no. 1 reason America hates Duke has nothing to do with the players or the fans or even the coach. It’s tradition. This is America, and we hate Duke here.

WE ARE ALL MERCER BEARS.

Even after all these years and supposed “maturity” or “perspective,” there’s just nothing better than watching a Duke basketball season fall apart on national TV.

Good-bye, Jabari Parker, I can’t wait to embrace you next season and watch you turn into a weird hybrid of Paul Pierce, Melo, and Jimmer Fredette in the NBA. Good-bye, Rodney Hood, I can’t wait to forget you went to Duke when you’re a seventh man on the Grizzlies one day. Good-bye, Tyler Thornton, Quinn Cook, and Rasheed Sulaimon, you were all part of one of the least hateable Duke teams of all time.

Good-bye, Coach K, you were what kept the hate factory booming, and you will not be missed even a little bit over the next month. 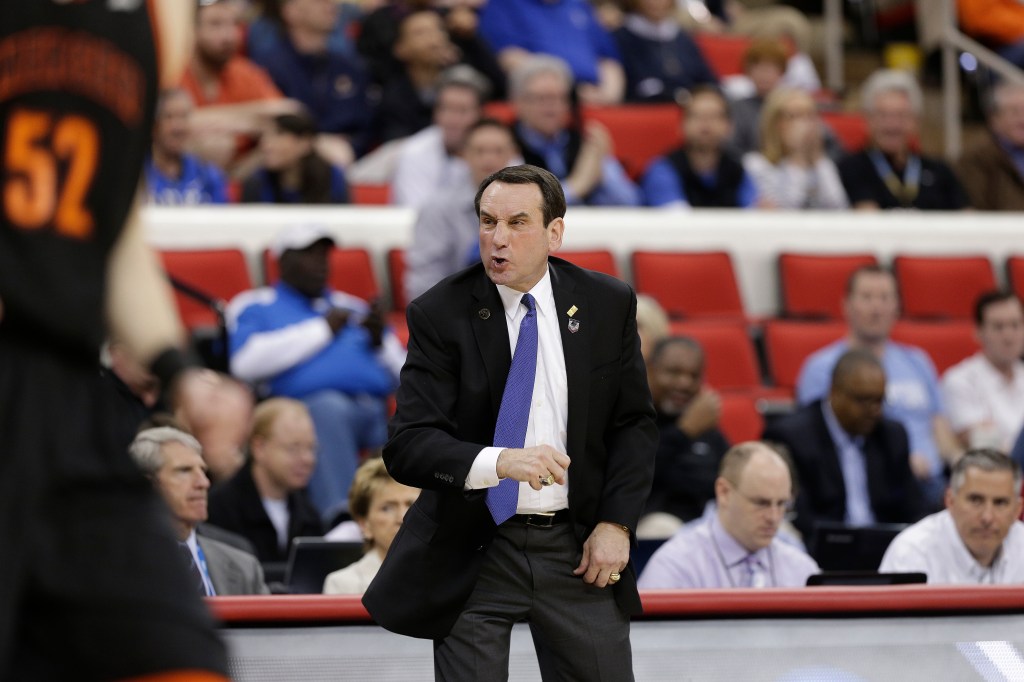 After all that, Jabari Parker won as many tournament games as Austin Rivers.

And I have to say, Coach K’s “pass five times and shoot a 3” offense is quickly becoming one of the greatest traditions we have in March. One day, Jabari will be an NBA superstar and we will look back on all this and say, “Hey, remember when Mike Krzyzewski recruited Jabari Parker and played him at power forward and center for an entire season? There is no grade higher than K.”

But that’s all down the road.

Today we celebrate. This is the best possible way to end the week. It’s a great day out there. Go party like you’re the Mercer Bears.

Dempsey in Winter: The Fading Magic of the USMNT Legend