Dempsey in Winter: The Fading Magic of the USMNT Legend 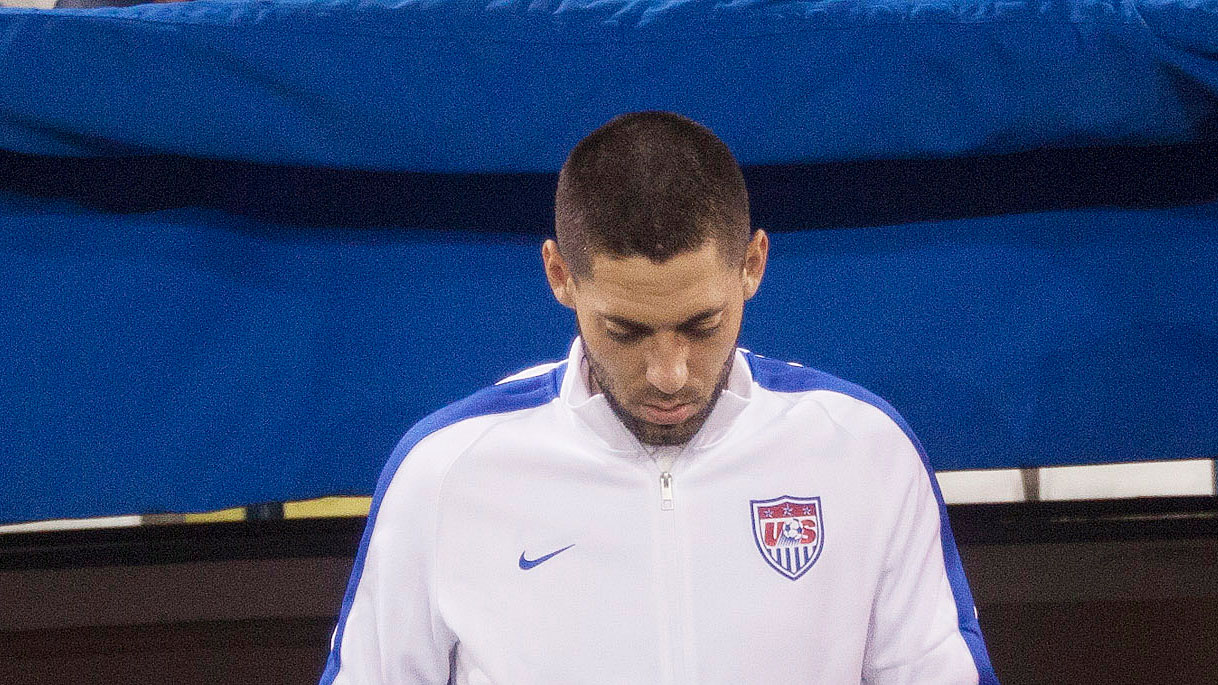 This was going to be a column about failure. Clint Dempsey had one goal in his first 10 appearances in Major League Soccer and hadn’t scored for the U.S. men’s national team since June 2, 2013, a six-match drought. More concerning was his recent loan spell at Fulham, the club where he rose to international prominence. Instead of replicating anything close to his scintillating 2011-12 form, he failed to start in a number of matches, and looked listless and anemic when he appeared on the field. The chip on his shoulder might not have been gone, but it certainly looked forgotten.

Then, of course, Dempsey did this:

His first goal of the 2014 MLS season came last weekend. It was a laser, past the helpless Toronto FC (and Brazil) goalkeeper Júlio César. The goal was cathartic. Dempsey screamed with that ferocious intensity we’ve seen so many times before, as he tried to celebrate with terrified teammate Obafemi Martins. Seattle wound up losing, but the goal capped Dempsey’s best performance in Sounders green.

There’s still cause for concern — this is American soccer we’re talking about here, so there’s always cause for concern. After the last two performances (Dempsey put in a strong, no-goal performance in Seattle’s opener), it’s easier to believe Jurgen Klinsmann when he goes on the record with bromides like this one from a couple weeks ago: “He looks a lot, lot better than at the end of the last year. So we are very positive on Clint’s path, and it makes us feel a lot better towards the World Cup.”

Perhaps Dempsey just needed a break. The boy from Nacogdoches, Texas, whose story has been told too many times to be worth repeating here, carried the weight of the world on his shoulders for two decades, even before he exploded into the spotlight with his Rookie of the Year campaign in 2004. His responsibilities to club, to country, to family have gotten only heavier since. If Landon Donovan represents one type of poster boy for American soccer, Dempsey is another. That’s an honor for sure, but one that gets exhausting, and soccer never stops for an international-caliber player. Donovan famously wandered Cambodia to find himself; perhaps Dempsey did so while on loan at Craven Cottage, emotionally checking out so he could ultimately check back in with the World Cup on the way.

Dempsey will lead the U.S. team to Brazil as its captain. He was a strange choice, one that perhaps speaks more to the team’s lack of a true leader than anything. (I still don’t understand why Michael Bradley isn’t the captain.) But in some ways, Dempsey embodies exactly what makes the American squad successful. While he has a reputation for scoring magical goals – that chip against Juventus being Exhibit A – most of his strikes are much more determined. Witness the 23 goals he had for Fulham in 2011-12, his best season in the English Premier League:

It’s more of the same with the U.S. team. Dempsey has 36 goals for the Stars and Stripes, good enough for second all time, but only two have been from outside the box in the run of play. One was the goal he scored against England in the 2010 World Cup, a shot that could have been stopped by almost any inanimate object but not Robert Green. The other, a curling shot from distance against Germany. Yes, he dribbles a bit more with the Americans, creating his own shot more frequently than he did during the 2011-12 spell with Fulham, but the wizardry of Clint Dempsey is a narrative pushed too far. He’s much more Bruce Springsteen than Bowie.

It makes you wonder if the goal-scoring drought he experienced was evidence of a man confronting his growing limitations. Dempsey turned 31 earlier this month, and there are a lot of miles on that body. Being in the right place at the right time, as he so often has been during his exceptional career, requires a player to know exactly where his limbs are. Occasionally, an athlete’s body slows down a bit before his mind. He thinks he’s in one place when he’s actually fractionally elsewhere. (See: every old-man pickup hoops game ever.) That half an inch can be the difference between a goal and another frustrating mess.

The good news for the U.S. national team is that he seems to be trending in an upward direction, looking as though he could be a force in Brazil. Klinsmann will need his captain approaching the peak of his powers if the Americans expect to get out of Group G.

When this column was about failure, it was going to include a bit about whether Dempsey should even start for the U.S. Twenty-three-year-old forward Aron Johannsson has that magic about him, where everything he does seems like a good idea even when it doesn’t come off well. He strikes balls into the side netting, drifting through the tiniest area left uncovered by the defense, and his dribbling is tricky and devious.

Dempsey doesn’t do that anymore. But even so, he deserves the call. Sometimes magic isn’t about deception. Sometimes, magic means doing exactly what everyone expects, over and over again until you get it right.