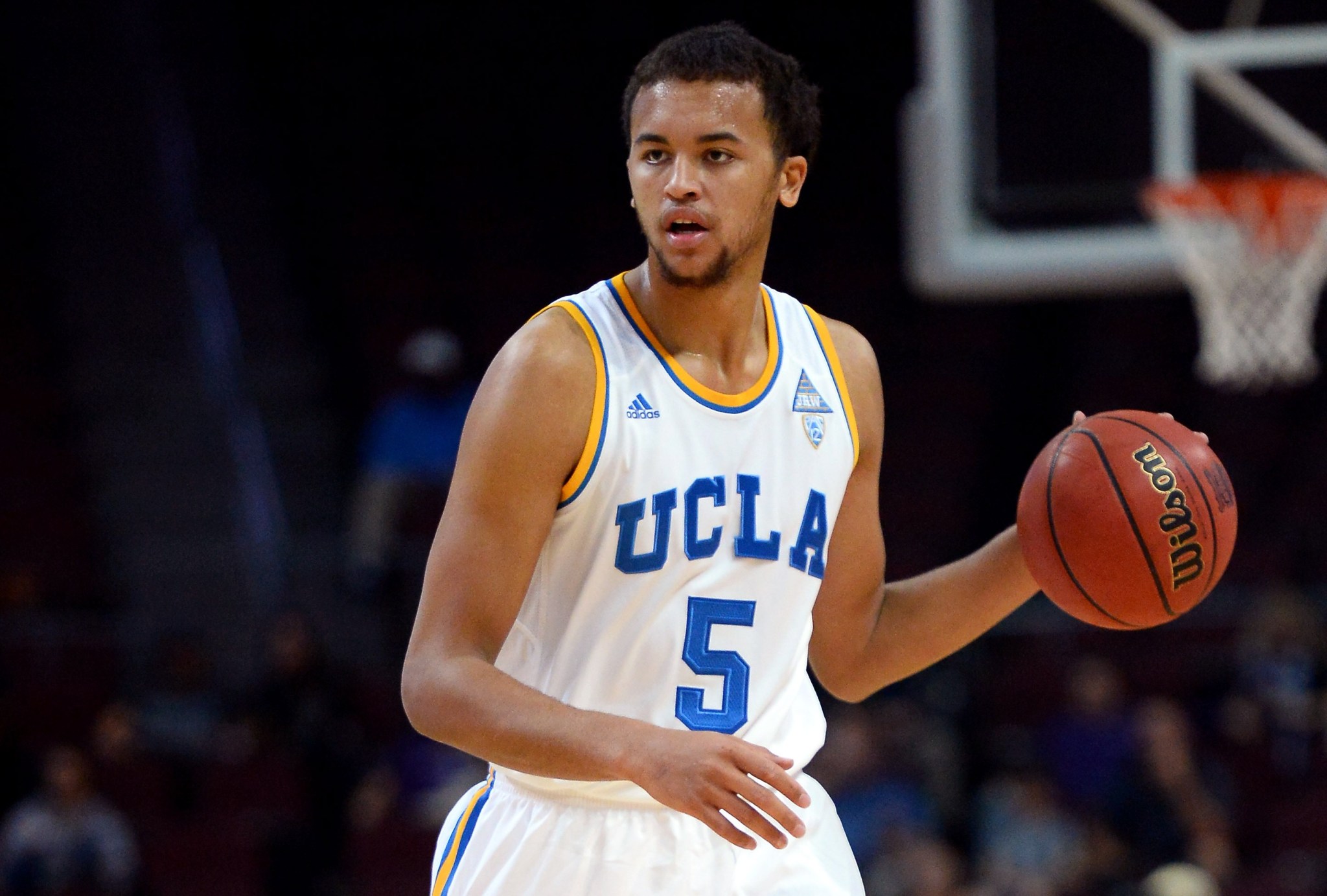 Who Is He? Kyle Anderson, 6-foot-9 guard/forward for UCLA

Where Is He From? Fairview, New Jersey, just outside New York City

His Game in 30 Words or Fewer: Imagine a 60-year-old, 6-foot-9 man playing basketball. He can do everything, he’s smart, and he has the explosiveness of a 60-year-old. This sounds critical, but I swear it’s a compliment.

You Might Know Him From: Winning the Pac-12 tournament on Saturday. Or … arriving at UCLA as an All-American out of Bob Hurley’s St. Anthony program in New Jersey, getting upstaged by teammate Shabazz Muhammad last year, and ultimately turning into a much better player this year.

The near triple-double against Colorado in February:

Or this video diary from summer 2012, which includes memories from UCLA’s trip to China. “It was very important to me, because my mother had a grandfather who was from China. Going back to my roots. … The Great Wall was great. … It’s just good to leave the country sometimes and see how people do things differently.”

That last quote is very true, but I wish he’d just stopped with “The Great Wall was great.” Best China review of all time.

Great Moments in Social Media History: So many great moments. Here he was during Monday’s earthquake in L.A.:

In my dream i felt it RT @ABC7: #EARTHQUAKE 4.7-magnitude earthquake just struck, epicenter near Westwood in Los Angeles — Did you feel it?

And during last year’s NBA Finals … Real recognizes real, and both these dudes are slower than death.

Boris diaw put on for the slow pokes

Off the Court: #PRIORITIES.

So Why Should You Know Him? Look. We have plenty of freak athletes. They are everywhere. Everyone can jump, everyone’s quick, everyone’s fast. It’s a lot more shocking to watch someone who does none of those things but dominates games anyway. This is why Anderson’s more fun to watch than anyone in college.

He does most of his damage hanging in the air to get shots off, making smart passes over shorter defenders, or wrapping his body around defenders and into the lane, where he can either score or find teammates under the rim. He can jump — poster evidence here — and he’s probably a little more athletic than people like me give him credit for, but still. For most of the game he moves like he’s running in sand. But then the whole time, he’s smooth enough with fakes and handles to be the best offensive player on the floor.

“People doubt me all the time because maybe I’m too slow, maybe I’m not athletically gifted,” Anderson told the L.A. Times last week. “I look forward to proving them wrong. [They said] my slow, methodical game wasn’t going to work at the college level. I pretty much do whatever I want on the court this season.”

It never stops being incredible. Like watching a pitcher throw only off-speed pitches and just keep winning. Kyle Anderson is a knuckleball basketball player.

As a pro, he’d probably be something like a cross between Luke Walton and post-injury Shaun Livingston. A steady role player who can do pretty much everything, play a few positions, and get anywhere he needs to go on the court.

For now he’s the star on a UCLA team that’s coming together at the perfect time. It just blew out two tournament teams (Oregon and Stanford) by a combined 44 points, and then beat Arizona to take the Pac-12 tournament. Anderson finished that game with 21 points, 15 rebounds, and five assists. If the Bruins can survive the first weekend, it probably sets up a game with Florida in the Sweet 16. In that case … the Gators might have the best team, but UCLA has the best player.

So here’s to hoping that Sweet 16 matchup becomes real. The whole country needs to know the joys of Slo-Mo Kyle Anderson, and beating the no. 1 team in the country would be a good way to get everyone up to speed. Err … you know. Down to Kyle Anderson’s speed.

Filed Under: College Basketball, Who's That Guy, Kyle Anderson