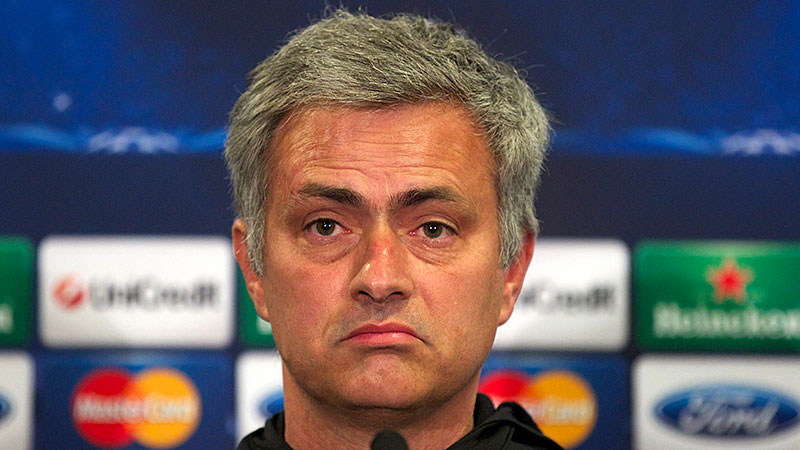 What to watch this week in the Champions League, and why.

Chelsea vs. Galatasaray over Real Madrid vs. Schalke 04

Mike L. Goodman: Chelsea hosting Galatasaray is high drama. It’s a match with compelling story lines and characters galore. It’s a match that has enough interesting subplots that it doesn’t matter that the outcome is fairly predictable. To knock out Chelsea, Galatasaray need to do something that only one team has managed to do this season: beat them at Stamford Bridge. Galatasaray would also advance in the unlikely scenario that they score more than one goal and draw the game. While not impossible, the chances of that actually happening are exceedingly small.

But so what? The game has everything else. Chelsea is coming off a bona fide, honest-to-god meltdown. Jose Mourinho is doing his usual megalomaniacal best to keep the focus on him and off his team’s recent loss to Aston Villa, which dented their Premier League title hopes. Add in the possibility of being eliminated from the Champions League and the cracks really begin to show.

Meanwhile, Galatasaray feature the returning hero in Didier Drogba, a Chelsea legend and a man who flourished in his time under Mourinho. Chelsea supporters know that if anybody is capable of spinning a bit of magic against the run of play and muscling his way to a goal, it’s Drogba. Wesley Sneijder, who will play just off Drogba in attack, is another former Mourinho acolyte, from his time at Inter Milan, and a player who has never since quite attained the heights he did under the Special One. Managing the visitors is Roberto Mancini, with his impeccable scarf game. Mancini was never particularly appreciated in his time in England, despite guiding Manchester City to a Premier League title. Fittingly, the biggest complaint against him was his failure to get results on the road in Europe.

So much interpersonal history and so many richly drawn characters are involved in this match, it’s sure to be great theater. Luckily, that will hold true even if the contest itself is never in doubt.

Spike Friedman: United is done — well behind in the race for fourth in the Premier League, and doomed to Europa League Thursday nights next season. They looked awful in the first leg of this tie, going down two goals to the Greek champions on the road. Over the weekend, the Red Devils conceded three goals to Liverpool, while putting only a single shot on target. Olympiakos has a stout defense protecting a two-goal lead. Even if United were to pull out a win, they are not a team that could beat the likes of Real Madrid or Bayern Munich, which is what it would take to win this year’s title. And that’s the only way they’re getting into the Champions League next season, likely pushing out either Arsenal or Liverpool. And that isn’t going to happen because United is done. Dusted. It’s all over.

Ah, yes, 2012 Chelsea: found themselves on the outside looking in on Champions League qualification. A team somehow too old and too young at the same time, coming home after going down a couple goals. A team that not only turned that tie around, but also got past Bayern Munich and Barcelona, nabbing its first Champions League trophy, and backing into the competition for the following season, simultaneously knocking Tottenham Hotspur out.

Is this year’s Manchester United team 2012 Chelsea? No. Chelsea’s trigger-happy managerial policy helped them in the 2012 campaign; Andre Villas-Boas was long gone by the knockout stages, and Roberto Di Matteo’s new tactical setup and personal style played to the strengths of his incumbent personnel. David Moyes’s position at United is precarious, but he will not be sacked in time for a new manager to come in and change United’s tactics in advance of this matchup.

There are some important personnel differences between this United team and that Chelsea side, as well. Chelsea was able to tighten up their midfield against superior opposition with the kind of defensive midfielders United no longer has. Chelsea’s attack was questionable in 2012, but they still had one of the best defenses in Europe, and their solid counterattack made them dangerous against the elite possession-based teams they had to face. Beating the dead horse that is the Moyes administration, United’s desire to keep possession this season has worked against them. They build up slowly, and predictably whip crosses into the box at defenses that have time to build a fortress in front of goal. The results have not been good.

Robin van Persie and Wayne Rooney remain incredibly talented attacking players, but neither is known for his holdup play. Atletico Madrid’s Diego Costa is the sort of player United could use to fight back in this competition. Unfortunately for them, he plays for Atletico Madrid.

I want to end this with an imagined scenario where United makes a run, so I can say, “Maybe United’s not done?” But there is no evidence that suggests this team is capable of advancing in this tournament. There isn’t even evidence that United can turn this deficit over. All we have are our memories of great United teams from the past that would never have put themselves in a position like the one they currently find themselves in. United is done.

Yes. Watch Zenit and Dortmund instead.

Who's That Guy? UCLA's Kyle Anderson!